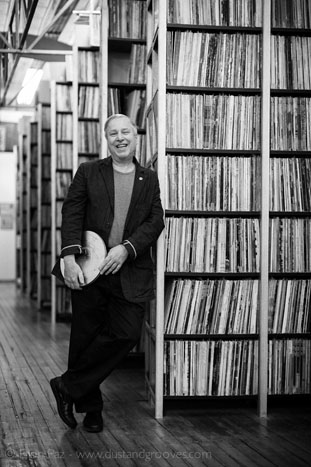 B. George is the Co-Founder and Director of the ARChive of Contemporary Music. The initial donation of 47,000 discs that began ARC came from his personal collection. Mr. George came to New York City in 1974 as a visual arts student at the Whitney Museum Studio Program. From 1975 to 1979, he co-directed performance artist Laurie Anderson’s stage show, and his record label, One Ten Records, released the first commercial compilation of audio work by visual artists, Airwaves, that included the initial recordings of Ms. Anderson and unreleased work by Meredith Monk. In 1980 he received a tiny National Endowment Grant to produce recordings by visual artists.  He released Laurie Anderson’s first single “O’Superman,” on his independent One Ten Records, that reached #2 on the UK pop charts. He has produce singles and remixes for Dr. John, Orchestra Jazira (UK/Ghana) and Sonny Okuson (Nigeria).

As a consultant, Mr. George selected soundworks for the Paris Biennale (1981, 1983), New Music America (1984), Arts & Events at NYC’s World Financial Center (1985–1989) and produced an occasional survey of new American pop and experimental music for the BBC, UK, as part of “The John Peel Show” (1982–1985). He is the author of Volume, the first comprehensive discographical reference work on Punk and New Wave music, was a contributor to Goodtime Kings by Billy Bergman, the first American book on contemporary African Pop, has written very little for the Village Voice, Playboy, Creem, Elle, Spin, Saveur and Billboard, and was the music editor for Benetton’s Colors magazine. He has consulted or contributed to many film projects including Martin Scorsese’s The Last Temptation of Christ and Goodfellas, Tom Hanks’ That Thing You Do, Ken Burns’ Baseball and Jonathan Demme’s Something Wild, Beloved and The Manchurian Candidate.  From 2015 – 2019 Mr. George worked with the Internet Archive in San Francisco as the Curator of Sound Collections and helped orchestrate massive digitization projects, including 3,000 music books, 150,000 78rpm discs and more than 250,000 CD from ARC’s collection.  During the pandemic Mr. George is busy cataloging the more than 5,000 Punk 45s for a future graphic arts book on the sleeve art.

Mr. George can no longer play a lick, but still has his Martin 12-string from the ’60s. Because he gave all his records to the ARC, and because you gotta collect something, Mr. George created Oui Oui Pulp, his site dedicated to French girl pulp paperbacks, and the Rock Pulp pages, largely folded into the similar gallery hosted on this site. 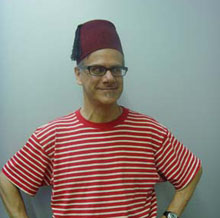 Fred Patterson has been the Head Archivist since the fall of 2002. He got his start in the music world when, in 1975, he founded Back Door Man, an influential L.A. rock fanzine. During the seventies he also wrote for Billboard, L.A. Weekly, Rock Scene, New York Rocker, Slash and other publications. He briefly managed punk group, The Zeros. He DJed at several Hollywood clubs and events, including the Whisky A’ Go-Go, Santa Monica Civic Auditorium (Cramps/Buzzcocks show) and held DJ residencies at The Starwood, Cathay de Grande and Madam Wong’s West. During the early eighties, Mr. Patterson was the lead singer for the rockin’ R&B-bop group Phast Phreddie & Thee Precisions and later The Love Supremes. He also performed in Phast ‘n’ Bulbous, a poetry-beat combo and was resident DJ at the Club Lingerie in Hollywood. He’s been a road manager, a record producer and a writer of liner notes for reissue albums. He worked at the Rhino Records Store in Westwood, CA, which, in 1991, sent him to Albany, NY to open and run a store there.

Once situated on the East Coast, it wasn’t long before he made his way to New York City, where he became employed by Warner Chappell Music Publishing in 1993 and was there until the end of 1999. In 2000, he worked for MJI as producer of the Jammin’ newsletter. He has continued his club DJ work in New York, becoming the resident DJ for the Subway Soul Club and the host of several DJ nights. He has DJed nationally (Denver, Portland, San Diego, Miami) and internationally (Tokyo, Hiroshima, London, Brighton, Barcelona, Madrid, Berlin). In 2010, Mr. Patterson co-produced Brooklyn Sound Solution by The Fleshtones featuring Lenny Kaye.

Besides his regular cataloging and filing chores he performs daily at the ARChive, he sets up and directs the semi-annual ARChive Record and CD Sale and co-ordinates most donations of materials to the ARC. You can follow Fred’s exploits on his blog, The Boogaloo Bag!

Julie Panebianco, Creative Director
Julie began her career as a music journalist before helping to launch Warner Bros. Records’ Alternative Music marketing department, working with the Replacements, R.E.M., New Order, Los Lobos and Husker Du. As an alumnus of A&M and Capitol Records A&R, she went on to work with the Beastie Boys (producing the Tibet Freedom Concerts) and Luscious Jackson. Julie combined music and politics and produced projects and events for Bono at (Red) and for the Clinton Foundation. An invaluable addition to ARC, Julie initiated the Women’s Music Project, From Her To Eternity and the women’s photography exhibition.

Tim Broun, Archivist
The newest member of the staff, Tim joined ARC in September, 2021. Tim has worked as a tour manager for Mercury Rev, in Content Acquisitions and Client Relations at eMusic. He has held various management positions at the labels Creation, Satanta and Mute. Tim has appeared in Color Me Obsessed: A Film About the Replacements and still hosts record sales online and in the real world.

Board of Advisors — These are leaders in the entertainment industry who lend their names and support the mission of the ARChive. Click for info on Board members like Jellybean Benitez, Youssou N’Dour, Keith Richards, Nile Rodgers, Todd Rundgren, Fred Schneider, Martin Scorsese, Paul Simon and Mike Stoller.

ARC’s Board in development is the Players Association, our entry level Board of movers and shakers.

Open is design for people. They’re an independent design studio that creates rewarding experiences for people who look, read, and think. ARC wants to thank the inspired folks at Open who created the design, look, and feel of the website. Thanks to owner Scott Stowell, and Cat Kirk, Jason Jude Chan and Ryan Thacker.

Artist Eric Zim has contributed mightily over many years to the ARC, designing postcards, sale posters, creatures and newsletters. 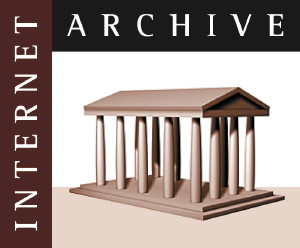 The Internet Archive (IA) preserves the Internet. They scan millions of books and save billions of sites, and they are very nice to ARC. They preserve all the versions of our Music Weeks in a dedicated space and all the URLs that passed through those projects. The IA has donated our scanning machine allowing us to safely scan our music books and will is organizing the digitization of audio here at the ARC. IN 2015 the IA and ARC began a subtle merge of content and materials, with ARC beginning to store recordings in San Francisco.  B. George, the ARC’s Director, also became the Curator of Sound Collections at the IA.  Thanks to Brewster Kahle and everyone @ the IA.

Over the years Gracenote was a primary sponsor for our Music Weeks, a donor of sound recordings and a valued trading partner for metadata.

Columbia University Library provided encouragement and partial funding over the years. Thanks to Head of Libraries James Neal, Elizabeth A. Davis at the Wiener Music & Arts Library, and our pal Greg Mosher.

We host a party for ARC Members on the Thursday before every Record Sale. Helping out are a great many good folks who provide refreshments and sponsorship. Many years of thanks to Mike at Bonnie’s Grill, the Bubble Lounge, Two Boots, The City Winery and Royal Wine Merchants. Party sponsors in the past include BMI, Krrb, Rolling Stone Magazine, Atlantic Records and Vinyl.com. Last Winters’ Sale was sponsored by  108 Leonard St.  Special thanks to our favorite bartender of the past ten years, swingin’ Ken Downing.