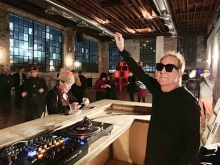 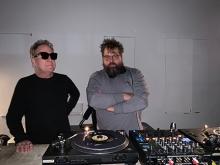 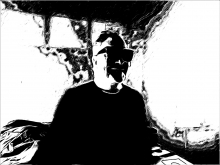 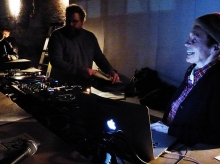 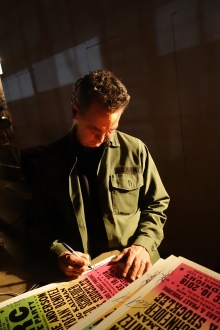 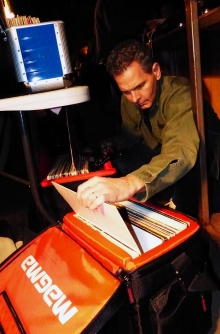 ARC Board members and party masterminds Ashley Gail Harris and Molly McIver made it all happen.  Molly is a principal at 99 Scott in Brooklyn, the fab space that hosted the party and donated more services than we deserved. Other 99-ers who make it all possible include Tenaya Kelleher, Wells Stellberger, and Cameron Cuchulainn and the great house staff.  Pizza was donated by Roberta’s, vodka by 40 North (hard to choose between potato or huckleberry) and local Ezekiel’s Taco truck was parked outside. Many of the PRO photos above are by Michael Grammer, and the Party video by Scott Lazer.  And where would we have been without Dub-Stuy’s massive Tower of Sound flooding the room!  Thanks Quoc Pham.  The last person to thank is the first person you saw at our party, the one, the only, the legendary door person at most of the downtown clubs in the 80s, the man who braved the cold all night long, B.Bop.

Thanks to all!  Next party in Feb? 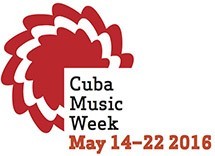 Cuba Music Week is ARC's focused look at the music and culture of Cuba. This very long live and on-line week will present concert, lectures, databases, discographies - anything and everything pertaining to Cuban music from sources around the world.

Go here to see ways that you can contribute!

In the past we have looked at the greater Muslim world, Brazil and India. We’re pretty proud of the websites created, among the largest and most complete online pages of information and metadata on the music available.

We will be co-ordinating this project to correspond with Cubadiscos, the annual music meeting and performance showcase in Havana every spring. So stay tuned as this page will offer blogposts and info on Cuba Music Week prior to the posting of the primary website in May, 2016.