9:40 pm.  3 screens running – the Yankees game, the nominating roll call at the Democratic convention, and the ARC singles database.  Going through a stack of 45s I start cataloging a few from Girls At Our Best and the first disk entered was “Politics!”  Girls was a short lived (1979-1982) Leeds based Punk outfit and “Politics!” an upper-register shrill polemic that begins with, “I love to hear the Democrats when they’re partying all night long.”  Well not much partying these days, the Yanks lost, and there will never be enough songs that point out the the failure of any and all systems of governance

OK.  So why am I only starting to catalog at 9:40pm?   Because I stayed late at our new home in Upstate NY, sorting a recent donation, overwhelmed by how swell this unexpected gift was.  The picture above are just some of the computer music, electronic, and avant-garde LPs – 16 boxes in all – from the Chou Wen-Chung Collection.

Mr Wen-Chung (1923 – 2019) was a Chinese American composer of contemporary classical music.  He had a long association with Columbia University, from chairman of the Music Division to establishing the Center for US-China Arts Exchange.  He also worked with  composer Edgard Varèse,  and Nicolas Slonimsky noted that Wen-Chung “was one of the first Chinese composers who attempted to translate authentic oriental melo-rhythms into the terms of modern Western music.”  His tenure as president of Composers Recordings, Inc. (CRI) accounts for the nearly complete donation of mint LPs from the CRI catalog.  The Chou Wen-Chung Collection is a real treasure.

Below are even more goodies from this collection by major modern composers who are actively collected by ARC.  You can never have enough Cage, Stockhausen, Parch and Ayler. Sound like a legal firm.  Sounds that pushed music forward. 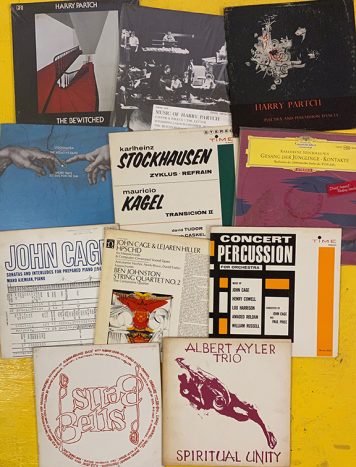 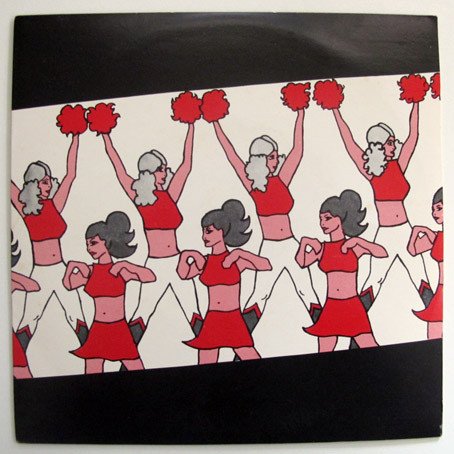