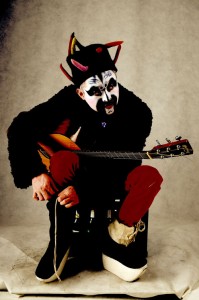 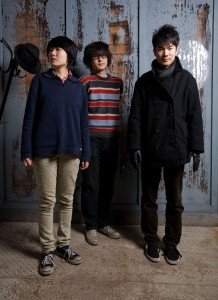 Anti-Cantopop, this group of performers work outside government-controlled media channels, with a sound building off of New York’s No Wave of the late 70s and EU Industrial.  Add to this the PR blub; “The Beijing musicians have nonetheless reconfigured this urban western vocabulary to fit with Beijing opera’s traditional delight with textural experimentation and China’s centuries-long history of infatuation with shimmering melodic structures.  With the sound of broken-down machines cranking out lovely pop songs, the unique sound emerging from China’s music underground illuminates the new social void, aggressively questioning the moral and social basis of the fragile modernity on which it subsists.”  What more could you want?

This series of shows feature the best and brightest:
Carsick Cars is China’s premier underground band.  They’ve played with Sonic Youth on tour, and their 2nd CD was produced by Wharton Tiers.  Their song “Zhong nan hai” has become an anthem for this new Chinese counterculture.  Talk about diverse appeal, Kanye West posted one of the band’s videos to his blog while the Wall Street Journal offered praise!

White is the leading experimental band in China, minimal and mechanical, the latest CD produced by Blixa Bargeld of Einsturzende Neubaten.

Xiao He is described as a surreal folkie, drawing critical acclaim from recent shows in Europe, with a “progressively eclectic sound that draws upon traditional instrumentation and vocal arrangements looped within his live performances.”

P.K. 14 was called by Time Magazine one of five top bands in Asia and one of the most influential bands on the burgeoning Beijing scene. 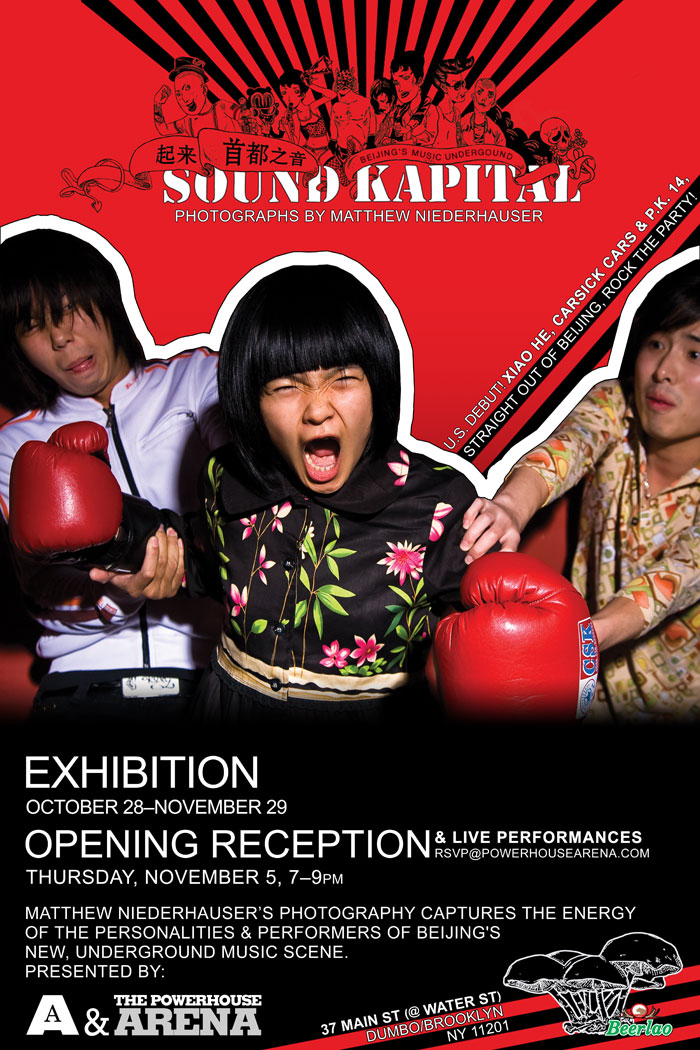 Accompanying the live shows is a not-to-be-missed gallery exhibition and book release for Sound Kapital, a remarkable photographic overview of the bands and fans by photographer Matt Neiderhauser.  It’s at the Powerhouse Arena, 37 Main St. @ Water, Brooklyn, 718-666-3049, running from Oct 28 – Nov 29.  Opening reception Thursday, Nov 5, from 7-9, with a pile of music afterward.  I’ll be there, so come by and say hello…

Get the whole schedule and any changes here.

And as music could never happen without devotion AND finance Columbia’s Alumni Arts League will present a Sunday brunch with alumni Michael Pettis and Charles Saliba to discuss current events in China, from financial markets to rock and roll, over a private brunch with an intimate group of fellow Columbians and Asian Cultural Council guests.

Charles and Michael are the force behind the D-22 club and the Maybe Mars record label, the folks behind this current tour.  It’s Sunday afternoon on Sun, Nov. 8, and alums can get details by calling 212.851.1879.