Here’s another gem from the Mark Jacobson Collection of 12,000 plus recordings donated to ARC –  a set of 8 vinyl singles comprising an album, housed in a 1950s style pink tune-tote carrying case, nicely decorated.

It’s a limited edition and numbered release, ours # 4136. The set contains 12 covers of both classic and obscure rock’n’roll/rockabilly songs and three McCartney originals in the same vein, “Run Devil Run”, “Try Not to Cry” and “What It Is.” There was a commercial vinyl LP release, but it does not contain the song “Fabulous.” After all who wants 8 singles with only 15 songs. Some of these covers are pretty obscure like “No Other Baby,” that Sir Paul had heard in his youth, performed by The Vipers, a British skiffle group.

This was McCartney’s 11 solo studio album, released after a year of mourning for his first wife Linda. The title comes from “Run Devil Run” bath salts, an item he picked up at Miller’s Rexall Drugs in downtown Atlanta Georgia. You can see the store on the cover of the LP with Sir Paul’s superimposed title on the storefront awning. 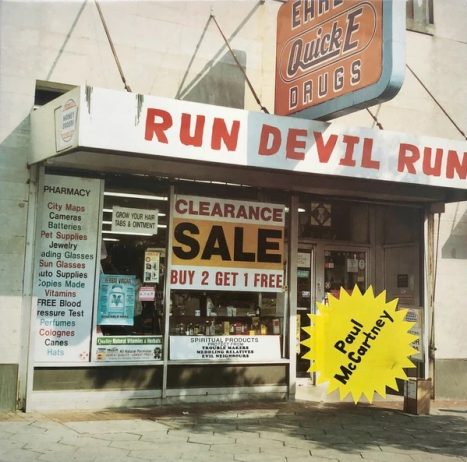 There were myriad vinyl and CD singles, both commercial and promotional, culled from this session. A session, by the way, that featured assists from Pink Floyd’s David Gilmour on guitar and Deep Purple’s Ian Paice on drums.

Here’s a look at the whole collection laid out for viewing in September. 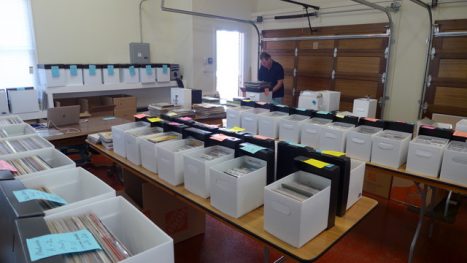