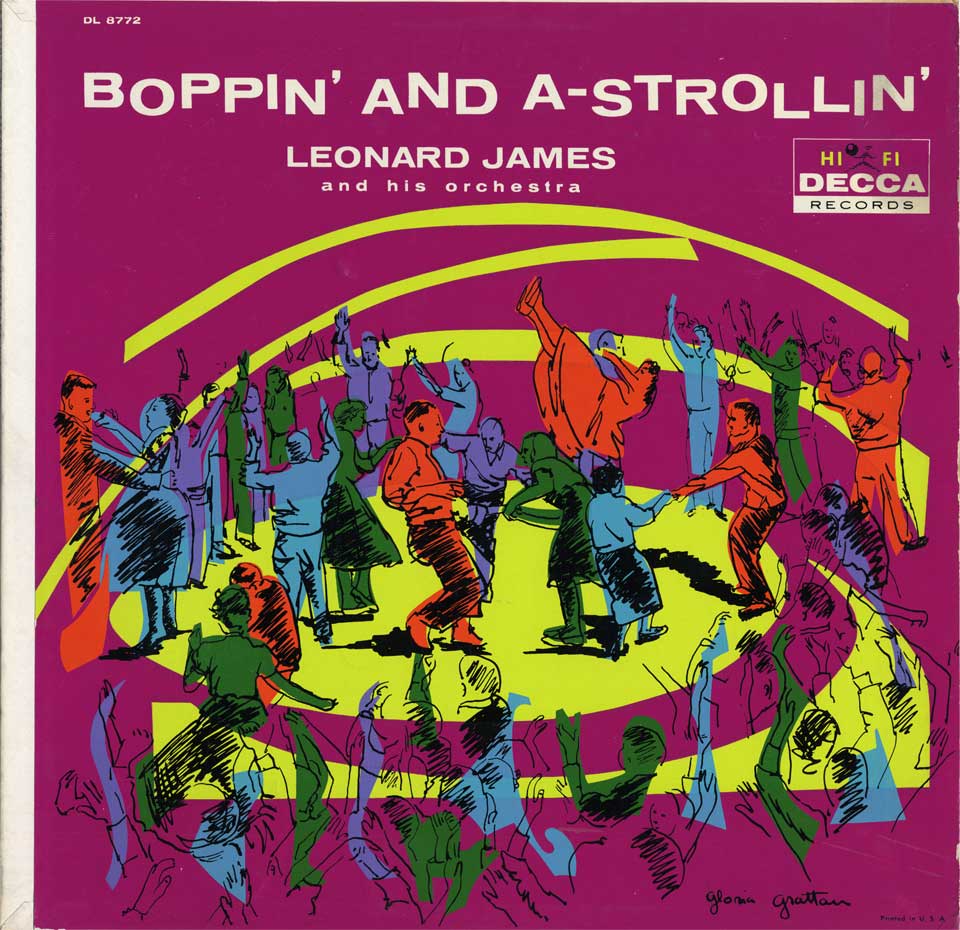 Leonard James was a high school friend of Mac Rebbenack—AKA Dr. John the Night Tripper. They went to different high schools together. James was also a saxophonist and bandleader during those days, the mid fifties. Rebbenack originally played bass when he hooked up with James, because there was already a guitarist in the band, Earl Stanley. Rebbenack wanted to play guitar in the band, so he tricked Stanley into buying one of the first electric basses in New Orleans, effectively switching their positions in the band. Rounded out by drummer Paul Staehle and pianist Hal Farrar, this was the core group led by James at this time—and most likely the players on the album they recorded for Decca Records in 1958.

The group didn’t seem to have a steady singer at the time—of the five who worked with the band, several were in and out of jail. Perhaps this is why Boppin’ and A-Strollin’ is an instrumental record.

But what a record! Each of the 14 tracks is an excellent example of fifties New Orleans R&B. James’ saxophone playing is sufficiently greasy; Rebbenack employs a cheesy tremolo effect on his guitar; and the beat is pure Crescent City. If you are a fan of Mac’s song “Storm Warning” from the same period, you will love this stuff. You will recognize the sound from the first track, “Cornfield.”

Most of the album consists of mid-tempo pieces—good to stroll to. “Hot Springs” is a thinly disguised re-write of “Harlem Nocturne,” but played with a grind-worthy feel. James’ saxophone is dominant throughout the album and on “Chicken Hop” he displays a strong Big Jay McNeely influence.

All of the compositions are credited to Leonard Dauenhauar (probably James’ real name), Cosimo Matassa (who owned the main studio in town, where these recordings were most likely made) and Malcolm Rebennack. Other than that, there is no information regarding the musicians on the album. The front cover consists of a drawing of folks doing the stroll (one supposes) and the back cover describes and illustrates the dance.

The ARChive copy is a pink label promo.

For more information regarding this early period in Dr. John’s career, dig this.