home » blog » Back to normal, with a sidetrip to Abruzzo…

Well our summer sale is over and it was both fun and successful.  We have been overwhelmed and now we will start getting back to normal, supre-normal even, with a wide range of new projects and programs.  Like scanning all our books.  More about that soon.  But first we need to play catch-up on some unpublished blog entries.

ARC has been chock-a-block with interns this summer, a lucky-for-us mix of few jobs out there and, of course, few places as interesting to hang and learn as ARC.  Our favorite Italian intern (uh, our only Italian intern), Guglielmo Perfetti hails from Abruzzo, a region whose western border lies less than 50 miles east of Rome. Claim To Fame?  Spaghetti Western movies were often set in it’s wild mountainous areas. Guglielmo’s hometown is Pescara, the largest city in Abruzzo, on the eastern, Adriatic coast.  It’s a tourist hang, hosts a leading university, 400,000 people, and an underground music scene.  So here is Guglielmo’s take on a few local bands, with links and photos… 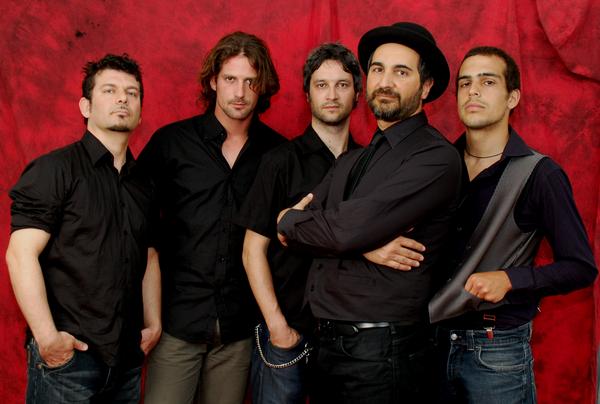 • IL SANTO NIENTE (Trans., Saint Zilch, or Saint Nothing) Originally Umberto Palazzo e il Santo Niente.  Frontman and main songwriter of the band Umberto Palazzo (b.1964) has his musical roots in the 80’s neo-psychedelic scene, playing in garage rock band Ugly Things and in Allison Run of Amerigo Verardi. Some years later, as founding member of Massimo Volume, he played on the recording of the band’s first album, Stanze (1993) with writing credits for some of the songs. By the time the album was launched however, Palazzo was already out of the band looking for new stimulii.

He found it in Bologna, starting his new band, Il Santo Niente, with Fabio Petrelli on bass and Cristiano Marcelli on drums (guitarist Salvatore Russo would join the band for their second album). Thanks to his friendship with Gianni Maroccolo their first album, La Vita e’ Facile (1995) came out on Consorzio Suonatori Indipendenti – a much respected label for new Italian rock. In the same year Il Santo Niente appeared on the Materiale Resistente compilation with Wir Sind Partisanen, released by CPI/Dischi del Mulo.

Inspired by the blunt sounds of Sonic Youth, The Melvins, Nick Cave, and Nirvana, the band’s sound creates a harsh, noir atmosphere expressed by a rock language with no compromise – an electric whirl ironically defined by Palazzo himself as “porno-grunge”. Their lurid, urban texts are in the vein of Hubert Selby Jr. Audiences and critics alike were drawn to the band, unique in the musical panorama of that period.

The promising beginnings strengthened two years later when Il Santo Niente released Seinaru Mono Wanai, (Il Santo Niente in Japanese). Critics have described it as a “pulp-rock” album. In the same year the band composed songs and selected other songs for the soundtrack of the film Jack Frusciante è uscito dal gruppo (Jack Frusciante Left the Band) directed by Enza Negroni and inspired by the novel of the same name by Enrico Brizzi.

Il Santo Niente toured relentlessly from 1997 through to 1999. Palazzo then suddenly called an end to the band. There is speculation that tiredness and some disenchantment had set in. The following five years Palazzo devoted himself to DJ-ing and immersing himself in electronic music.

Without warning in 2005, Palazzo and Il Santo Niente returned to the scene with new band members. They recorded the Ep, Occhiali Scuri al Mattino and then the album Il Fiore dell’Agave, released through BlackCandy and produced by Fabio Magistrali. These records present a return in style of one of the best singer songwriters and interpreters of the Italian noise/punk tradition. “Generazioni”, a tribute album to Santo Niente, is scheduled to be released in May 2011 and a new young line up is at work on a new album. 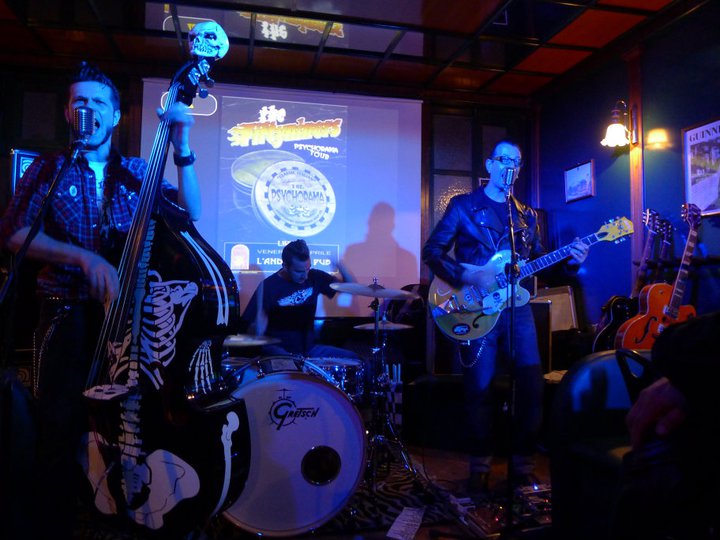 • The Fiftyniners are a Rockabilly Italian band. The band got formed in 2005 when three guys from the Abruzzo:  Nick Alfieri “Nitro” (guitar), Gino Russo “Speedking” (drum) and Raffaello Zappalorto “Mendez” (contrabass) met. Their music is a perfect mix between punk-rock with a psychobilly sound, tainted with an array of the 50’. In 2007 they released their first album Thinkin’Trippin’Burnin produce by 8 Records. The CD present originals song of the band and also count a brilliant rockabilly cover of Personal Jesus from Depeche Mode witch will give the trio Abbruzzese a good visibility in the national field. After several line up changes Antonio Chiacchia “T-Bone” joined the band in 2008. In 2010 The Fiftyniners released their second album Psychorama produce by Twelve Record.

How describe the 59ers? Explosive riffs, rhythmic adrenalin blended with melodies from the fifties and reverb to tape! The 59ers now make it clear which side they are! Choosing only the vinyl version to package their branded Psychobilly r’n’r by Gene Vincent and Eddie Cochran (Thinkin ‘Trippin’ Burnin ‘- 8 records 2007). A large number of concerts up and down the boot, acclaim from critics and audiences, and the publication of the second studio album (Psychorama – Twelve Records 2010) in November in all record stores and major online distribution channels. Rock’ N’ Roll is dead? Listen to them before you jump to conclusions! 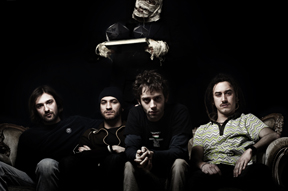 • Death Mantra for Lazarus was formed in 2008 as an exclusively instrumental side project of three bands, Zippo, Keep Out and Negative Trip. All three had already been active in the Pescara (Italy) music scene for some years.

In the beginning there were only a few sporadic concerts and the band mostly remained a jamming band. It was not until 2009, that the band started to develop an independent identity and created its own original repertory. Very soon, thanks to a series of successful concerts, the band gathered a very solid and extraordinary following.

In 2010 the band released “MU” on the go, their debut album, recorded and co-produced by Fabio di Zio for his label Grammofono Alla Nitro.

In the album, the atmospheres are dark and dilated and they describe musical landscapes that go from the Far East to classical music, passing through psychedelia and post-rock.

Some important collaborations also took place in the album: Federica Vignoni (classical violinist of international level with the heart of a truly gifted and wild rocker) and Umberto Palazzo, leader and singer of the band Santo Niente, contributed to the band’s work by writing and carrying out the epic and morbid “Maria Callas”, the only track with vocals and words.

Death Mantra for Lazarus let their light shine through, playing in live concerts, they always provided an intense and eternal source of contrasting emotions.

• EL SANTO NADA is a collective of musicians from Pescara, Italy. They formed in 2007 originally as a spin off of Santo Niente (Saint Zilch).

Suddenly they forged an eclectic identity through their exploration of Ennio Morricone’s spaghetti western soundtracks, mexican traditional music, instrumental and surf rock of the late ’50s and early ’60s, italian and balcanic popular music as well as british psychedelia and contemporary alternative rock.

TUCO is their first album and is “a rock opera without words”. It’s “Tommy” set in some desert, south of some border and it’s an allegory of the difficult relationship between the South and the North of the World.

Like most of Europe, the summer abounds with music festivals, and it’s a major way new bands, and just about any alternative sounds get heard.  In Pescara the people doing booking and promotion for indie music tours and events is Clap Dance Promotion.  They began and nurture the eight-year-old IndieRocket Festival and Soundlab festival dedicated to underground bands and artists.  Over the years artists like the Gang of Four, The Red Krayola, The Cesarians, Mogwai, Simple Minds and Ned have appeared. http://www.indierocketfestival.it/ 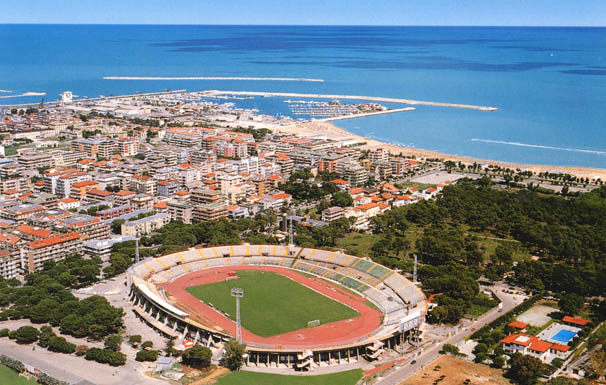