Ah, the past.  It’s all coming back to me now.  Spirits in the air, then airmail brought this very nice memory from the UK. 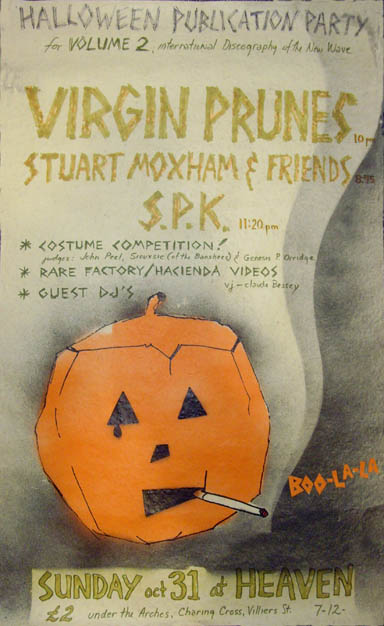 This large poster was one of six placed around London in 1983 when I launched Volume, (736 page discography on punk and new wave music).  I was working out of the Rough Trade office, and doing my semi-official show with John Peel on the BBC.  Hand drawn this, calling on one-time artschool skills.

Brits like to dress up funny, but Halloween was not a big deal then.  So the idea was a costume party with music and books to hawk and a stellar group of judges (John Peel, Siouxsie Sue and Genesis P Orridge!) for best lookers.  Well I don’t remember much more than that, oh, except the bands were great and leaving Heaven at about 4 am, dressed in a latex red devil outfit, pouch stuffed with £4oo in small bills, with a bit of a buzz on, I was stopped by the police.

But that’s another story.

What I meant to say was my mother grew up in an inner city, industrial city, and her best friend’s family ran a funeral parlor.  Her best story was the time they were playing hide-and-go-seek.  Well who could resist crawling in an empty display coffin to hide?  Not my Mom.   Of course the lid came down and quilted screams did their best, but it was hours before they found her.  To this day plush interiors leave her cold.

So on this All Saints Day, in Mom’s honor, with a nod to the recently deceased singing undertaker, Solomon Burke, I’m building a musical coffin corner. 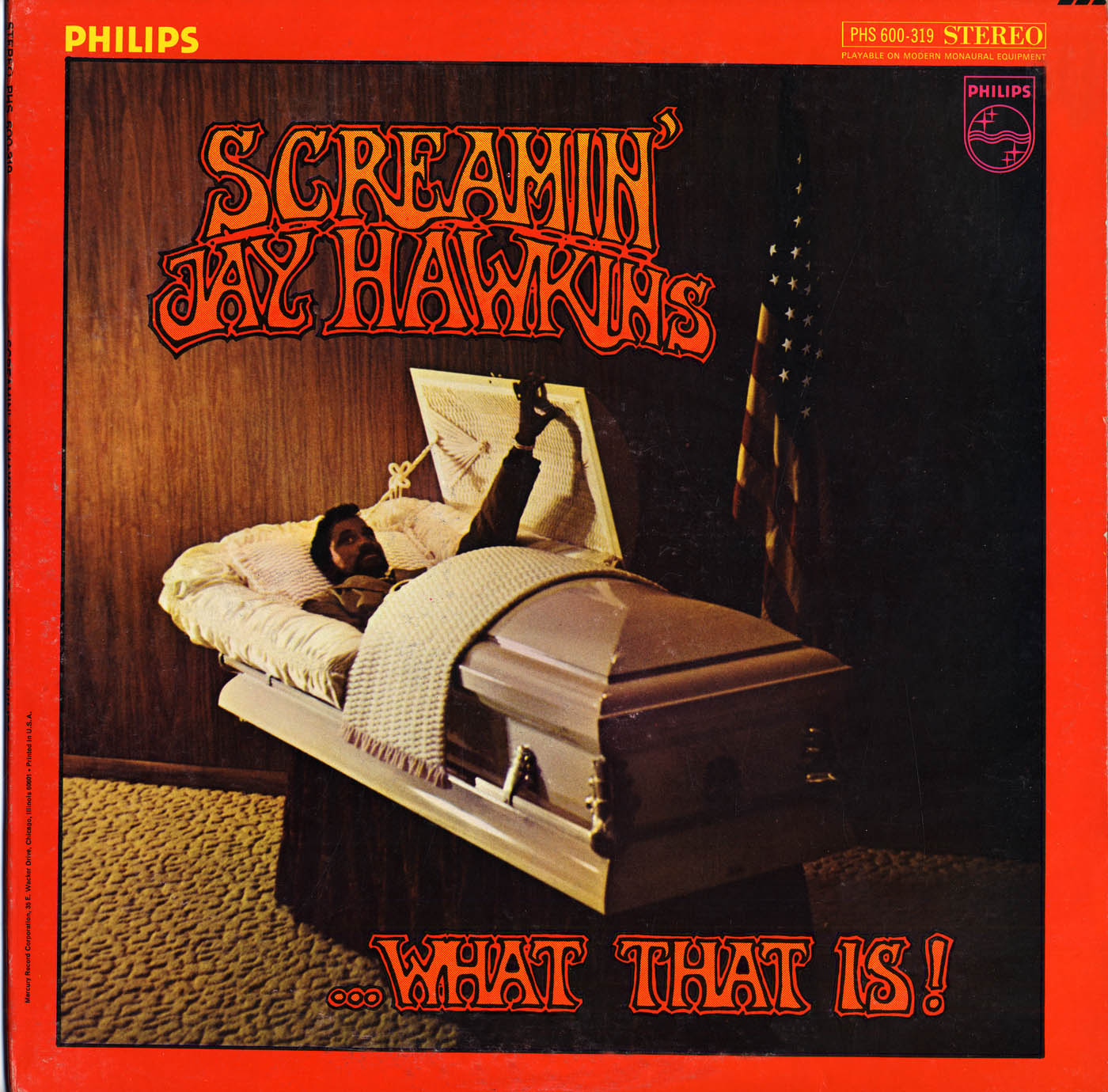 The king of emerging (from a coffin) artists will always be Screaming Jay Hawkins.  With his hand-held skull-on-a-stick and occasional upturned bonemustache. SJH put a spell on youth in the 50s. Freddie (ARC archivist) actually saw him perform, and here Fred laughs at one of Jay’s jokes in a scary 80’s LA TV appearance on Art Fein’s Poker Party. 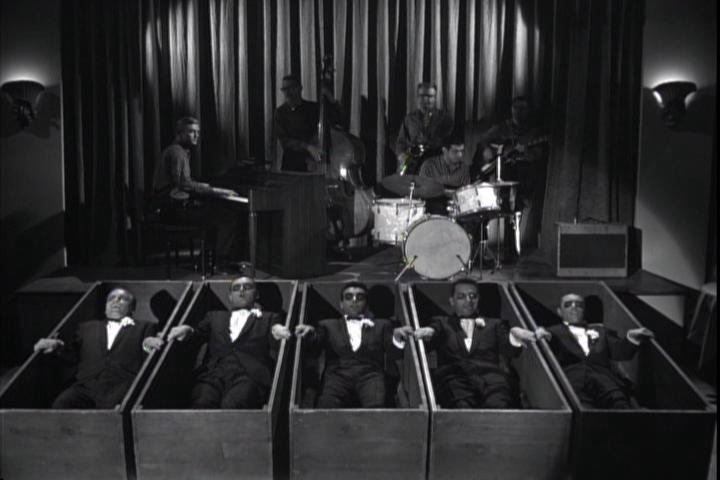 Freddie also remembered some buried footage in one of the worst rock movies ever made (…and the good one is?), “Bop Girl Goes Calypso.” Here the Goofers leave no grave-stone unturned for a laugh, and perform one number rising from the pine.  Truly horrifying! 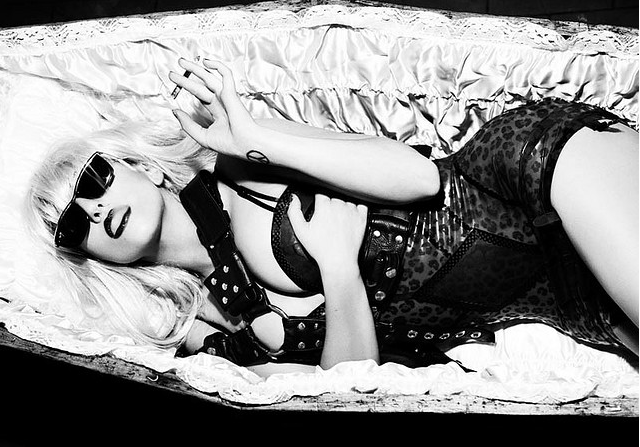 Now I mention Lady Gaga because to do so brings an additional 300 readers to our blog.  Like all novelty acts, she too has struck the occasional resurrectionist pose.

I could go on and on. 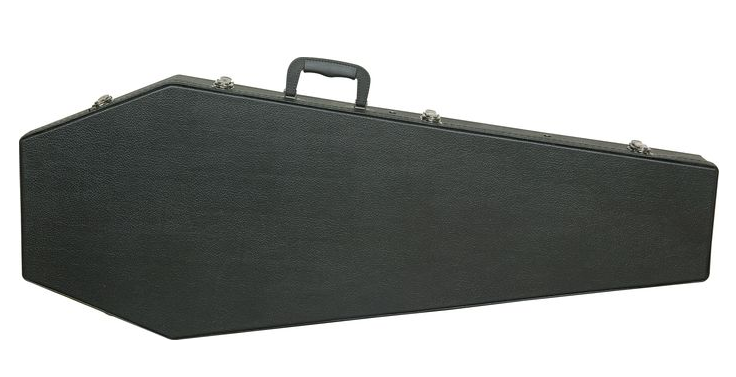 You see there’s CD cases, and guitar cases, a Japanese band and DJ turntable cases all shaped like coffins.  But blogs have to honor people who view the news on their mobiles, and never get to the bottom of anything, let alone a grave.

I say the ARC is not about entertainment – two bit knowledge, and too much of it – that’s what makes us spooky.  And this Halloween Mom bids you, Vichnaya pamyat! (Memorial eternal!) – that’s RIP in Ukrainian.