home » blog » But You Need An Electron Microscope…

There are some great things to see in Ohio.

Having eschewed a junket to see Cleveland’s Rock’n’Roll Hall of Fame when it first opened (knee-jerk reaction when I heard that they used funds from the Ohio school system.  Nice summary here ) I finally took the plunge.  It’s only an hour from the ancestral homestead (Poland, the first city of the Western Reserve), so why not?  Best thing was in the Springsteen exhibit, seeing all the handbill and fliers and promo activities it took to get his early band, The Castiles, off the ground.

The main reason for my CLE visit was to see the new Rock Hall Archive being set up by Andy Leach, the Director of Library and Archives. The new 22,500-square-foot facility is housed at Cuyahoga Community College, set to open in May 2011.   Andy had visited ARC last fall, so it was my turn.  I wasn’t the only one anxious to get in, as recently a passerby fired a few bullets into the glass façade.  Have a look at this swell building Columbia University – see what a Community College can do!  Inspired? 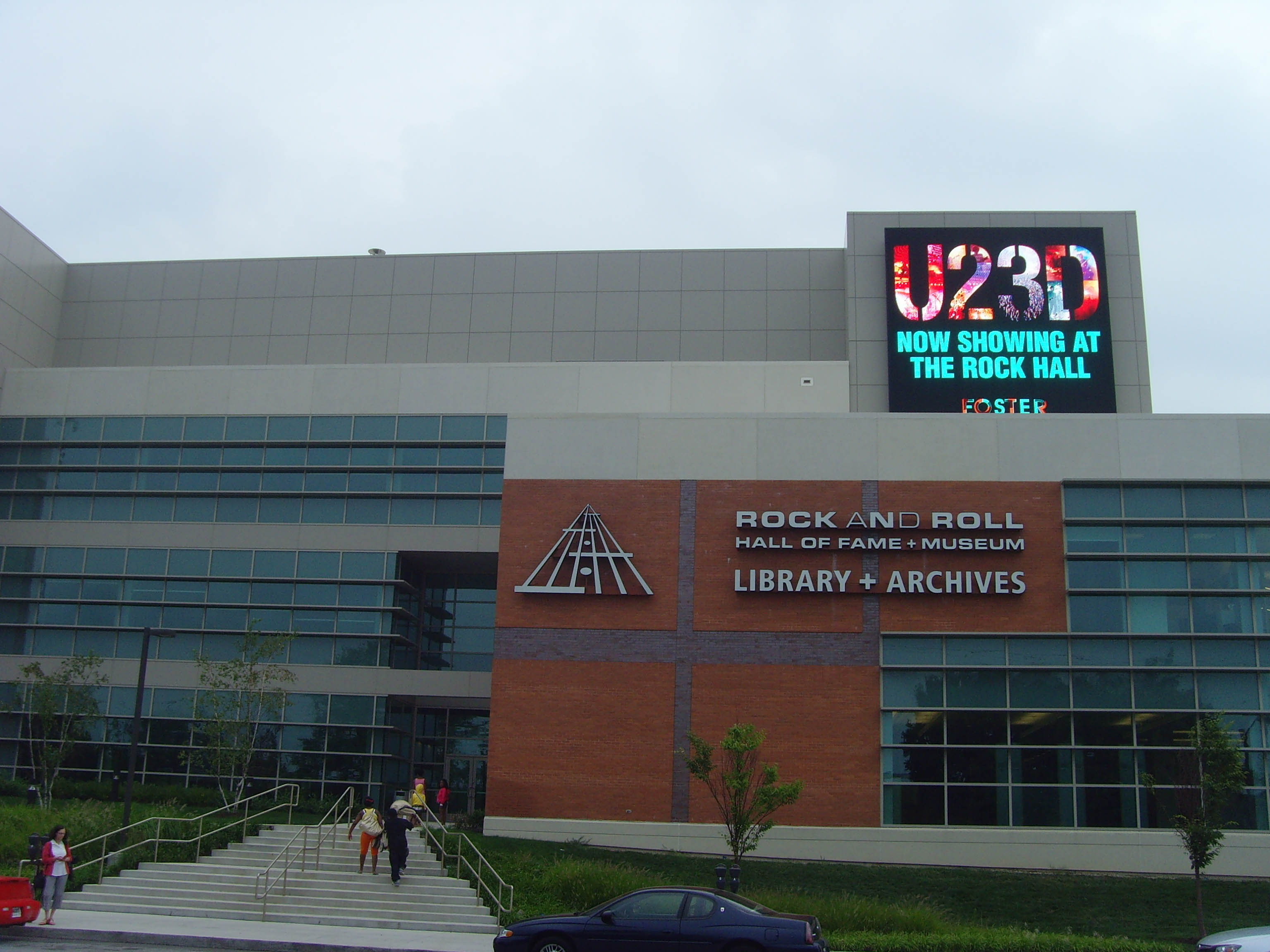 The Music Library and Sound Recordings Archives at Bowling Green State University occupies a Soviet era building on a bleak campus, across from a new arts building, with hopes of some architectural largess coming their way soon.  The man in charge since the late 60s is Bill Schurk, a good soul.  He’s still enthusiastic, curious, engaged.  Amid the manageable piles are trash and treasures, souvenirs and curiosities, in one of America’s great popular music collections.  The hall-walls are lined with paper ephemera and the main room a constellation of 45s dangling from the ceiling. They’ve managed to make an institutional space fun, while remaining on good terms with the fire marshal.  I got a tour and ARC donated a book we knew they didn’t have, about channeling wisdom from Gerry Garcia. 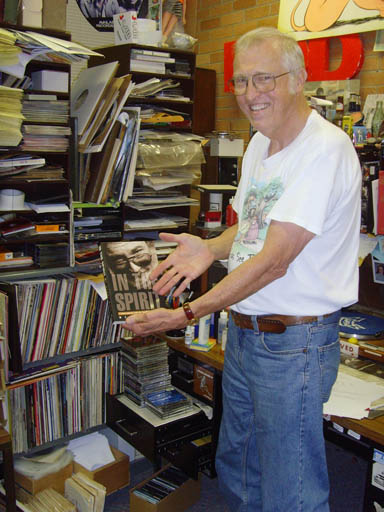 Other hotspots on my summer tour included Youngstown, OH and Ann Arbor, MI.

I attended Michigan (12 credits short – still waiting for the honorary degree) and had not been back for more than 20 years.  We visited friends and had wonderful food @ The Earl Restaurant. When last in AA the Earl was just starting up, Dominoes Pizza and Borders Books were small local businesses and the football stadium held a mere 100,000.  Lets just say it’s more of a party school these days, but it’s no longer the Rainbow People’s Party.  Pre-Earl party dining meant a visit to the Jolly Pumpkin Brewery for a heralded Belgian style ale, which they were out of.  Drove 500 miles and told to try the local supermarket – nice marketing savvy!  Always in stock is the annual bumper crop of helpful interns from the University of Michigan School of Information. For the past few years these students have come to the ARC in NYC as part of their alternative Spring Break Program.

As a student my breaks were rarely alternative, and one job I had in AA was setting up chairs at Canterbury House, a way to hear music for free.  Canterbury House was/is run by the Episcopal Church, and beyond its value as an important venue for more than 50 years, they also co-sponsored the very first Ann Arbor Blues Festival.  Big on Canadians (work cheap? Nearby? Great artists?) meant that I was lucky enough to see early gigs by Neil Young (Sugar Mountain set) and Joni Mitchell.

My tenuous Youngstown (Poland is a suburb) music connections were explored in an earlier blog, so lets just mention Charlie Staples Bar-B-Q.   Ribs here are as good as anyplace out East, and many down South. I stock up on their unmarked, quart size, Ball-jarred hot sauce.  But it means going to downtown Y-Town, a region few from my burb have ever visited.  This is the lone speaker in the beautiful formica-ed back room they will never see… 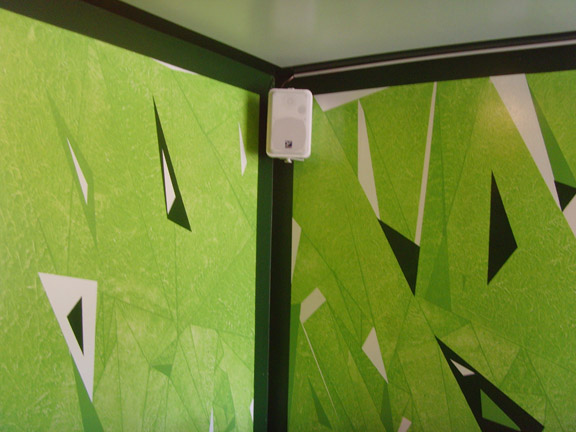 But YOU can see the room, and sample the Q, when you visit Y-Town next September for the opening of “Ronnie Wood: Paintings, Drawings and Prints.” at the Butler Institute of American Art. Mrs. Butler once lived in Poland and taught me to draw.