It’s amazing to me that more people in the city do not know about the great house, great gardens and great concerts at Caramoor   in upstate New York.  Caramoor has had a remarkable history of presenting the arts, the legacy of the Rosen family, who’s Grand Dame, Lucie, was the unlikely champion of Léon Theremin. That master of the proximity switch is invoked from first contact, all the gates swinging open automatically as you enter the grounds. 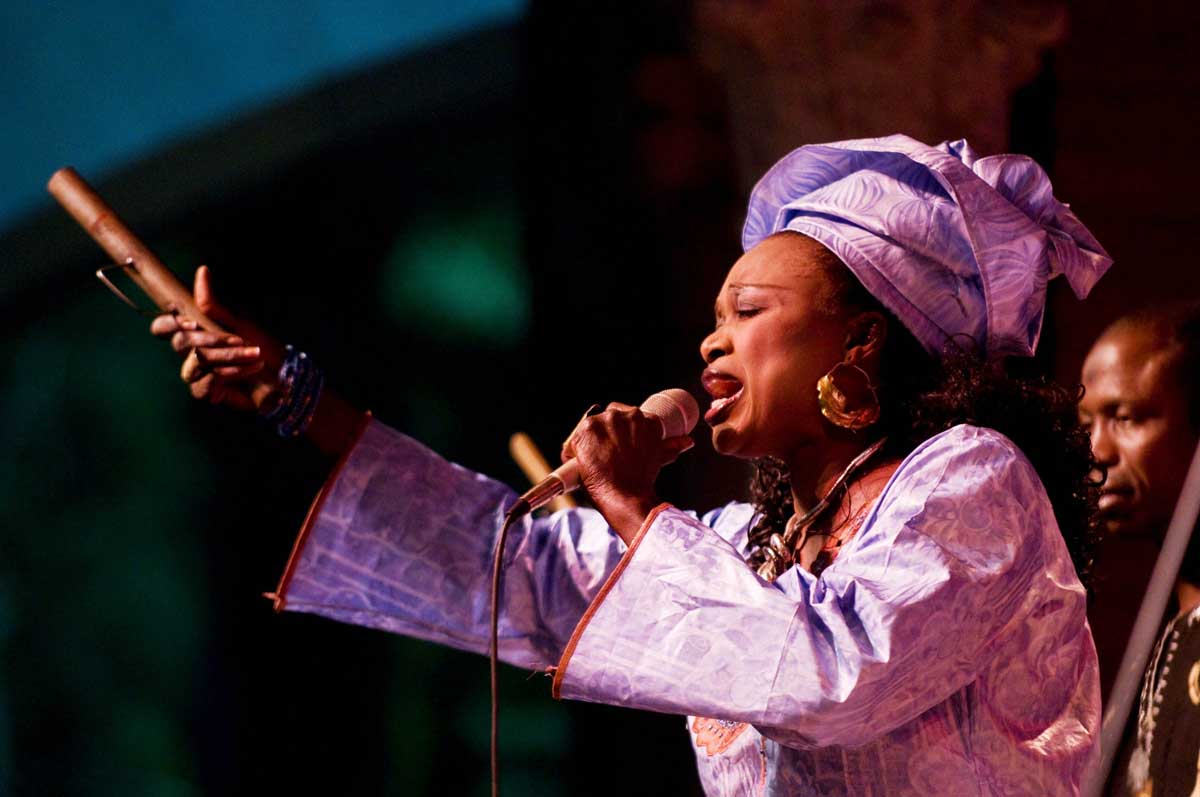 Last Saturday’s offering was a concert by Malian singer and composer Oumou Sangaré.  The night was hot, the music sultry, and a pretty decent crowd for one of the great voices of West Africa.  Older, white and rhythmically deprived it was a typical Westchester crowd.  But their heart was in it and they all wanted to be there.

I’ve seen Sangare five times in four different countries, and as always she was a delight.  I’ve seen her with three backup singers, but tonight there was a recession to one, dynamic enough for three, Dandio Sidibi.  I’ve heard her original guitarist Boubacar Diallo, the role now assumed by Mamadou Diakite, who could rock, but shown brightest on the acoustic guitar. The kamalengoni, (or n’goni, a six stringed harp-lute described in the program notes as a person) once the driving force of much of the music from the Wassoulou region, was buried here.

A nice trick to get folks outa their seats was asking them to stand for “Wele Wele Wintou,” a song against forced marriages.  Once up wiggles ensued.  Sangaré often addresses social issues, along with the more typical, traditional praise and advice repertoire.  It wasn’t until a closing number that three African clad African women took the stage to ‘spray’ the singer with money, flinging bill after bill at her, the expected audience response throughout West Africa when a kind word is thrown their way.

So… please, get up offa that thing and plan a trip to Caramoor this summer for some music or a picnic. It’s just about an hour upstate by train or car, in Katonah.  An upcoming winner is the Jazz weekend   (Aug 5,6,7) featuring the likes of Juan Carlos Formell, the Christian McBride Big Band, Fred Hersch and John Scofield. 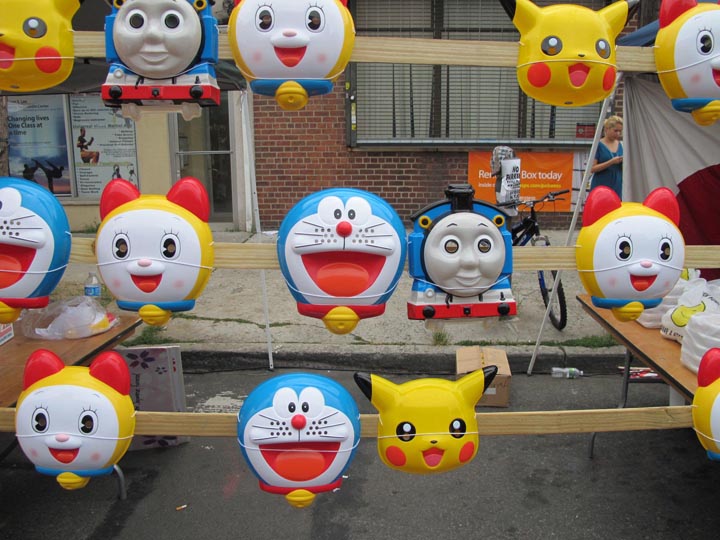 Driving back to the city on Sunday meant a visit to a Japanese street fair in Astoria and the object of my affection, grilled sardines.  I had always heard that summer brought out mounds of the small black salted stinkers and people who love them in this part of town.  So an invite to join a few other archivists and Spaniards at Casa Galicia – a Community Center with an imposing façade – could not be ignored.  And at 6 for $5 you know you’re not in posing Manhattan anymore.

It was family style seating plus wine, sardines, torta (potato pie), hearty beige bread, pulpo (octopus), Spanish empanadas (baked, flat, stuffed with either fish or chicken), and calamares fritos.  I also had an excellent Spanish beer, Estrella Galicia, from the North-West and noticed a sign offering cerveza nacional.  Asking, it turned out it was OUR beer national; Budweiser.

Unbelievably wonderful food, polished off by some Turkish coffee and sweets, made for another great day on the road.  You can learn a lot by taking a little fieldtrip now and then.

Speaking of fieldtrips: Tuesday evening, beginning at 5:30, Forro in the Dark plays outside for free @ the City Winery.  See you there.

AND – a reader has pointed out that Sangaré is performing Friday night at Celebrate Brooklyn, @ the Prospect Park Bandshell, on the bill with our pal Bassam Saba.  Is that out of town also?