As promised, here is a picture of the line for Dashboard Confessional’s free show at the Knitting Factory. 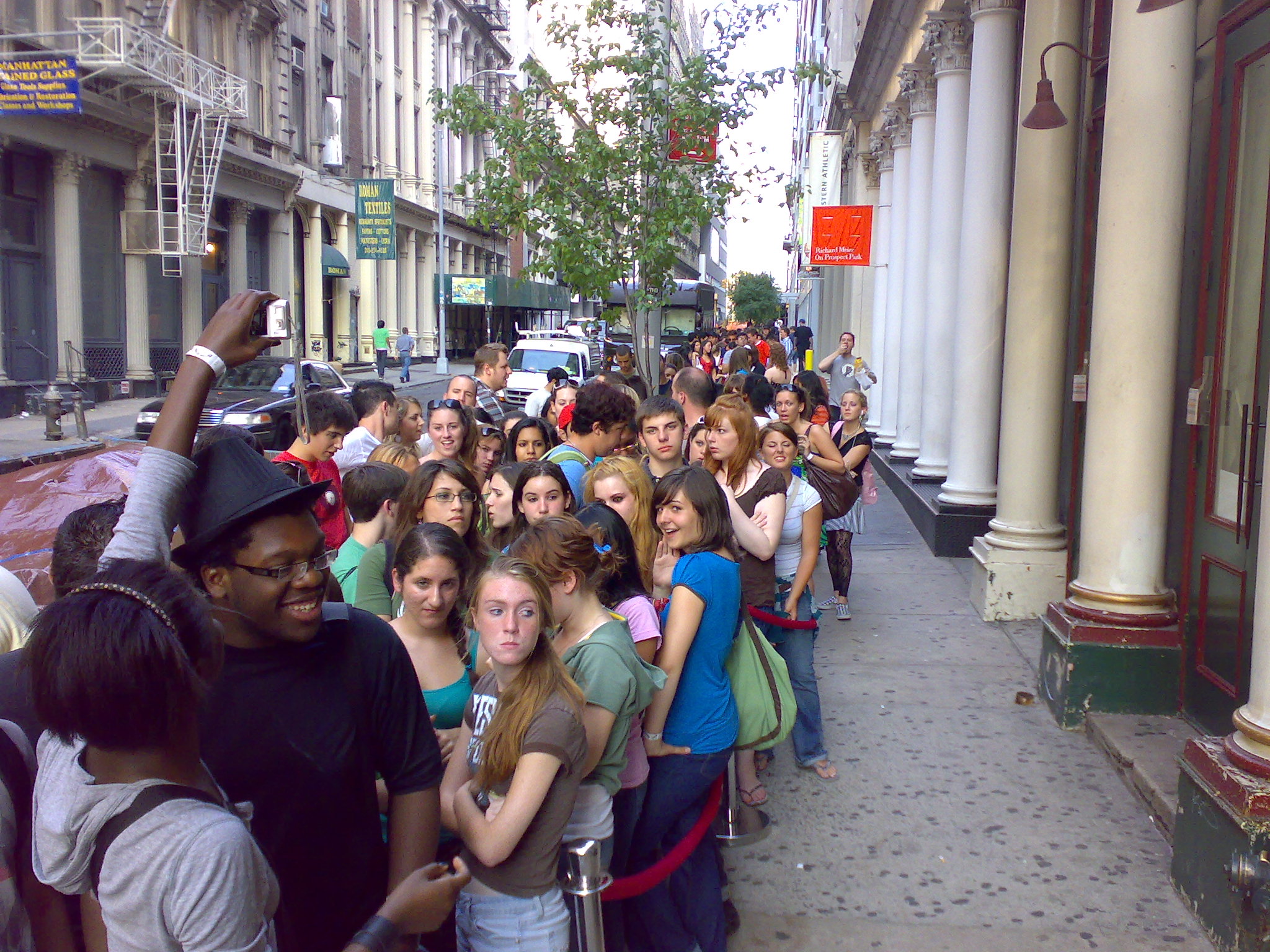 A few comments about the photo: I love how happy the guy in the front in the hat looks. And he deserves to be-he’s at the front of the line! Why, for that moment he was the hippest guy in New York City! But I have to wonder where the groovy guy in the green shirt from the first photo went. (Off being sullen somewhere?) I didn’t see him and I hope he got in – now, I’ll probably never know. As we move back in the line from the front, we see a couple of sullen girls. Then, a sassy girl in a blue shirt and a green bag looking very In Touch. Then, we have a sullen guy, being talked at by that red-haired girl. Then more mostly sullen people. What’s the deal with Dashboard Confessional, anyway? Oh yeah…the show was about promoting a book called Everybody Hurts, a veritable A-to-Z on everything emo. The emo playbook, if you will. I “Shudder to Think” what it might be like. (Ba-dum-dum. Thank you, thank you, ladies and germs, I will be here all week.

I hung out a little before hand…talked a bit with my friend Pat, a little with Diana from the ihearasymphony blog (who will doubtlessly groan out loud at the totally awesome joke I just made) and then left.

I left WELL before they let people in, but the place was already a madhouse. People jockeying for a place in line, important folks coming and getting people in because they could, the door folks having fun with the people in line. It was beautiful.

So, if you were there last night I hope the show made you less sullen.  I heard it was great!