So if you weren’t paying attention to the Spears/Federline bust up, you will have noticed the death of Ingmar Bergman. But another giant of post-war art cinema, Michelangelo Antonioni passed on the same day, bad luck for him because I don’t think he got the ink he deserved. Everyone will have his own take on the legacy, but from the perspective of the ARChive, let me point out that for a guy devoted to expressing the alienation of modern life he had a lot of pop culture cred. I was going to tell you to go rent Blow Up, but nuts to that – form a posse, don’t forget to bring pitchforks and torches, and storm your local revival house and demand they show it. There really is no point to watching this thing on tv, no matter how wide or flat the screen. (I think that’s why these movies are becoming more obscure, video killed the art-house star – but I digress.) 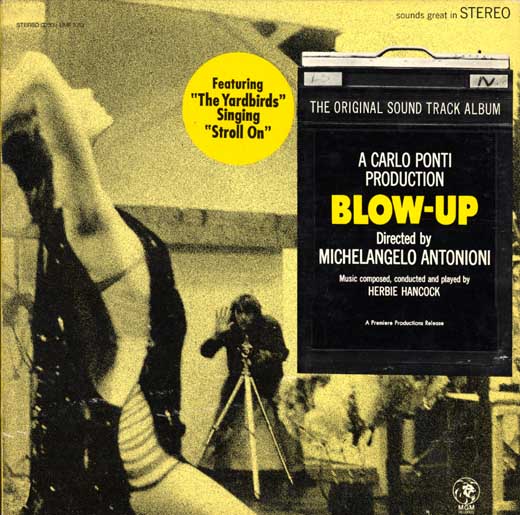 Bergman was great too, but he didn’t capture that ’60 youthquake vibe in such hits as Wild Strawberries, which had the delightful Bibi Andersson, but no Pretty Things.