Easing into the new year, slowly.

An old friend, Richard Fleming, aka DJ Richard Nixon, has worked his obsessions (music, hiking, the Caribbean, birding, photography) into a wonderful new book and photographic gallery show.   I first met Rich in Cartegena, Colombia in the early 90s at a music festival, and he has kept in touch, at one point cataloging many of his rarer reggae records for the ARC.  The book is a great read (Walking to Guantánamo, Commons, cloth, 351pp, 2008, ISBN: 978-0-9814579-1-8), and if you are anywhere near New Orleans you can see some of the pics he took on his trip. 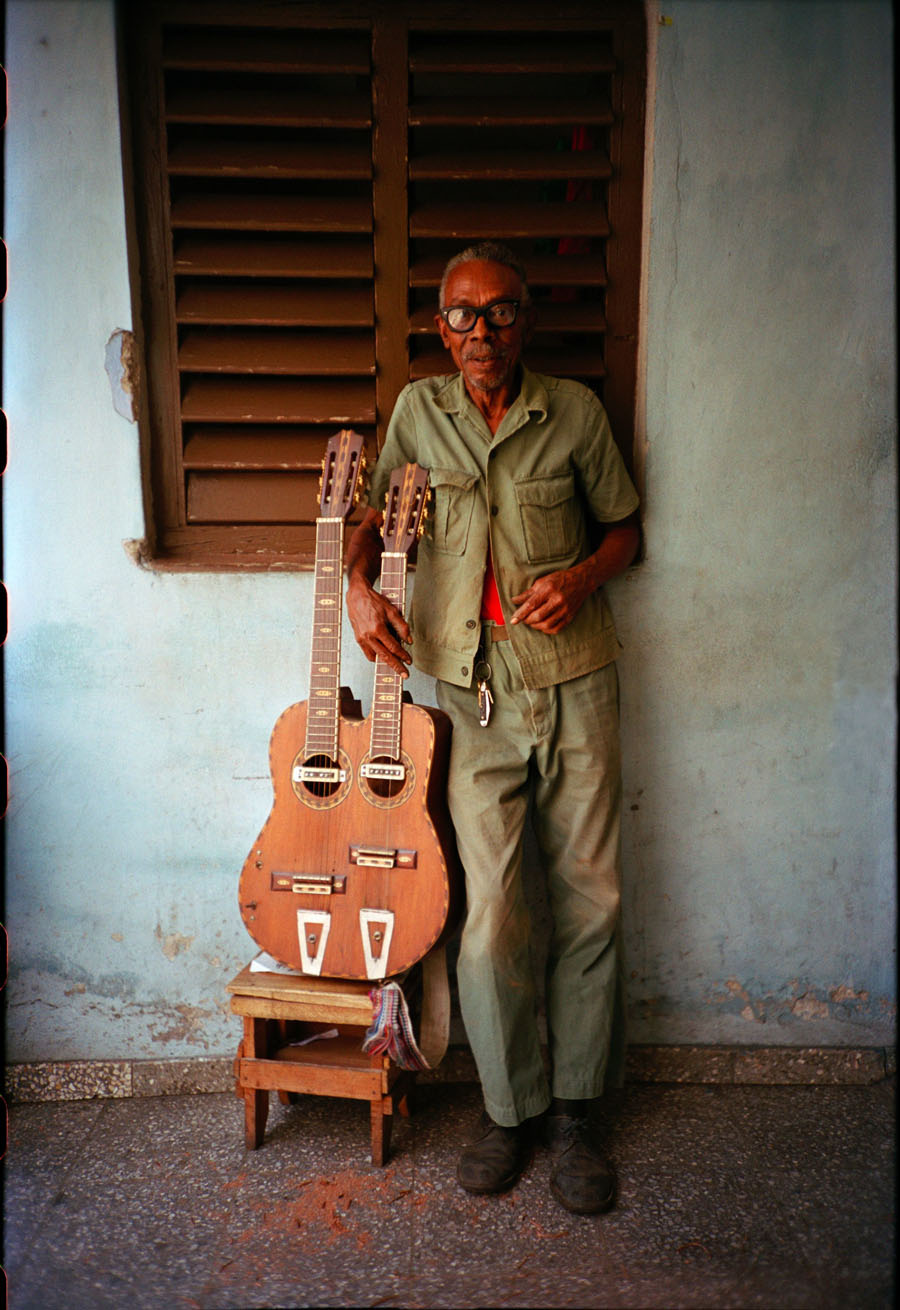 Accompanying test :  “I met Dagoberto Manzo in Matanzas, sitting on a stool in front of his house, sanding the neck of an acoustic guitar. You can see the sawdust on the floor. As soon as I expressed an interest in music, he put that job down and rushed into the house to get one of his prize creations, a double-necked tres and acoustic-guitar combo that he claimed is the only one of its kind in Cuba.”

he show is at the Antenna Gallery 3161 Burgundy St. in the Bywater.   Runs until Feb 7.

An even older, more tenuous link to people and places in Louisiana was at a recent concert by Joel Savoy and David Greeley.   About the same time I met Rich I was writing a piece about the Festival de Louisiane in Lafayette for Billboard.  One side trip included a sit on the porch of musicians Mark and Ann Savoy,  Off to the side was lil’ Joel.  All grown up now, he was in New York doing workshops and concerts, the one Patrice and I saw them perform this January at  Scott Kettner‘s studio in Brooklyn.  This was a house concert, about twenty people in an intimate setting, pretty rare these days.  P. fiddles a bit, knows so much more than me about the music, and has taken a workshop with both Joel and David in the past.  Here’s some of her comments:

You can see Scott on Brasilian percussion with David Greeley here.

Lastly, Kate McGarrigle has died.  Never met her.  Last live listen about 10 ft away, a few summers ago when she and sister Anna, assorted kin and Emmylou Harris played a free concert in Tribeca.  Still remember their reluctantly offered-always asked to play, Heart Like A Wheel, the piercing voice and stabbing lyric.