Breezy, sunny and delightful weather here in Athens, Greece. Attending International Association of Sound and Audiovisual Archives, IASA, where I will giving a short talk this Thursday. So what did I do 20 minutes after getting off the plane? Why, go record shopping of course.

A quick trip to a flea market in Monastiraki where I knew there was a concentration of vinyl shops along Ifaistos Street. Now these fleas wear gold vests, because even $1 LPs in my world were $26, per bad example… 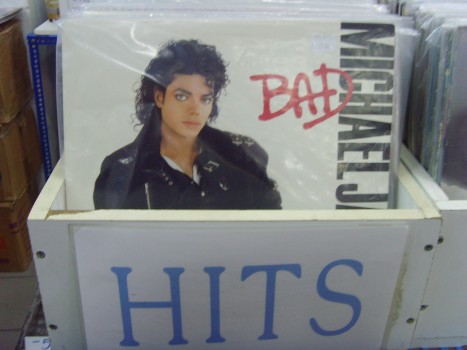 So I yearned for and could not afford 60s Greek Garage compilations at $80, and settled for a modern retro single of swingin’ surfish sound by The Teddy Boys from the Crypt. There were some street vendors that had piles of stuff at 1 Euro each, but US stuff was crummy, and I had little enough knowledge to judge the Greek. All in all the market here is way below French standards, too pricy and few breathtaking items. 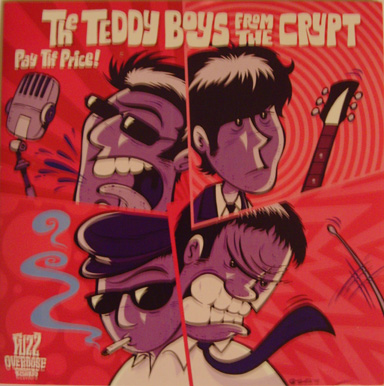 Here’s a hurdy gurdy man working this tourist in the area. 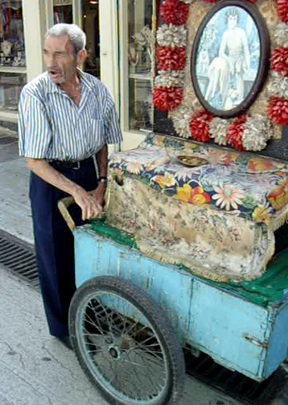 In the evening there was an opening ceremony in the incredible Zappeion. Not THAT Zappa, but was indeed funded by two brothers named Zappa. Here, above the double colonnade, a perfect circle framed the atrium and an azure sky knocked everyone out at twilight, as a mixed choir from various ensembles from the city of Athens offered modern composed secular works. 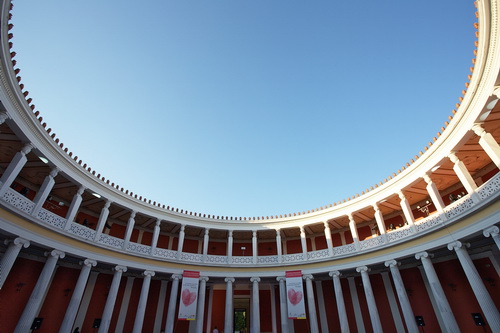 This first day of the conference has been committee meetings and getting to know the various folks here and what their collections are all about. More later.