Today, the stars aligned while I was alphabetizing the “J” section of the ARChive’s collection of 78 rpm records – a small collection here of about 8,000.  Tucked in between the Harry James and the James Johnson was a runty nine-inch record on Zon-O-Phone.  I pulled it out to take a closer look.  The cut: George W. Johnson’s “Whistling Girl,” Zon-O-Phone, C 5852.  More intriguing, however, was this sticker on the back dates the record to this day in 1903.  That’s 105 years ago boys and girls! 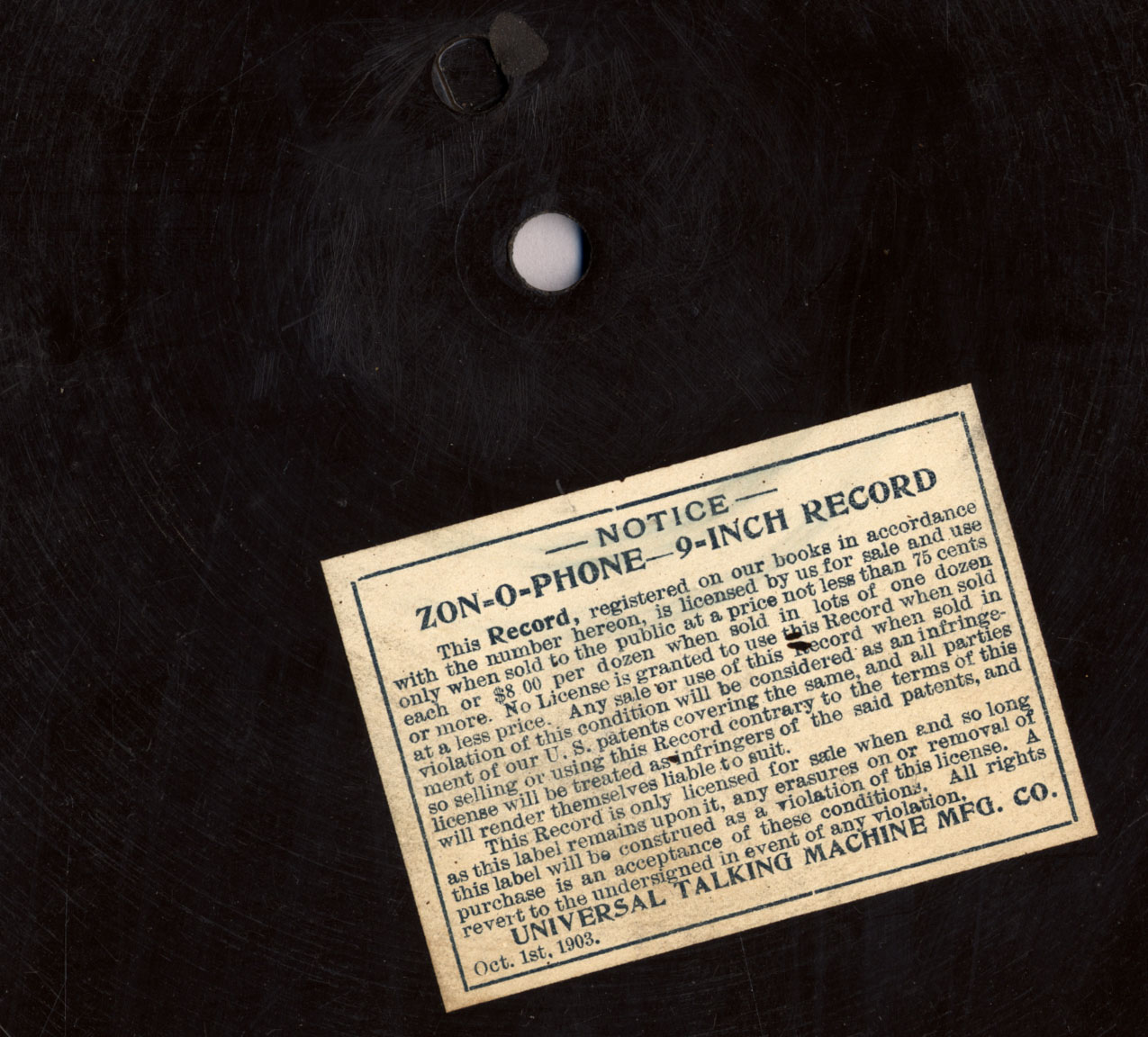 We’re not sure if this is the date the record was released or the date Victor bought Zon-O-Phone’s assets (probably the latter), but maybe more interesting that the synchronicity of the find is that George W. Johnson was one of the first African-American recording artists and was cutting records back when that meant singing the same song over and over into a horn. Unfortunately, however, his recorded legacy was relatively limited. He’s most famous for two songs, “The Laughing Coon” and “The Whistling Coon.”  “Whistling Girl” was another opportunity for him to show off his fantastic whistling skills.  (These last two link to recordings of Johnson’s songs by S.H. Dudley, the recording alias of Victor Records employee Samuel H. Rous who simply seems to be riding on Johnson’s coattails.)

PS: Today is her last day for a while, folks, and we’re all sad — DTN