Just a reminder that it’s Chinese New Year and we’ll be closing out reservations on Valentine’s Day for our first music tour to Cuba. There are only 4 spots left, so reserve now for this exciting trip in May. It may be your last chance to see the island before it changes forever.   Follow the links to the Overview and the Itinerary.

As you know, 2016 is the Year of the Monkey – and I’m not talking about the Presidential debates. So let the free association begin. It all starts with Eliades Ochoa y La Banda del Jigüe. I just picked this up recently in Havana. Well, guije or jigue = monkey, a distinctive figure in African folklore that was readily incorporated into Caribbean song and story.

It’s also Black History Month. So my best longshot-link brings us to a recently donated album from the Johnny Adams Jazz Collection, Robeson Sings by Paul Robeson. The album consists of three 78 rpm discs, one with the song, “Four Rivers,” referencing China’s Yangtse. Quite a stretch, eh? 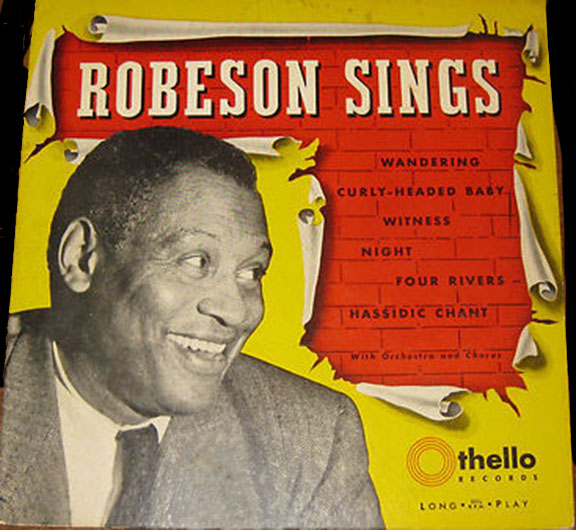 For an ‘intellectual’ overview of the history of the tale, an intro into the practice of ‘signifying’ and ‘toasts’ plus the lyrics, go here.  For the more daring musicologists, you can see/hear the raunchy retell by Dolemite / Rudy Ray Moore.

Now we can go on-and-on with Black artists and monkey songs – – – how about Fela’s “Before I Jump like Monkey Give Me Banana”? Sad to say, nary a Chinese discs at the ARC with a monkey reference.  As consolation try episode one, Journey to the West, with singer Dicky Cheung as the Monkey King in the epic, charming TVB series.

In it a courtier named “Sharp Hearing” helps the Gods identify this just born albino in a rock egg, and it’s a Journey to the West – sorta perfect for us sound guys, just back from a month in San Francisco in the Year of the Monkey.