Arc was at the First Day of Issue ceremony for the John Lennon Stamp here in NYC. It was held at the Naumburg Bandshell in Central Park.  Nice, in that Lennon had filmed the video for “Mind Games” there in 1973. 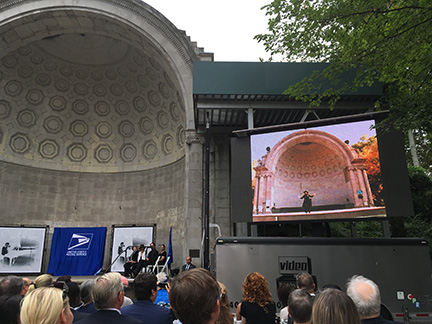 So here’s a shot of that video being shown in the place where it was filmed.  It was a nice crowd.  Yoko was there, a tad feeble, still funny, (“Everything was Yoko’s fault”), as was Sean and photographer Bob Gruen who’s image of Lennon was used for the stamp. Incongruous elements included a color guard and the singing of the National Anthem (“Imagine there’s no countries”) and collectors amassing First Day Covers to hawk. 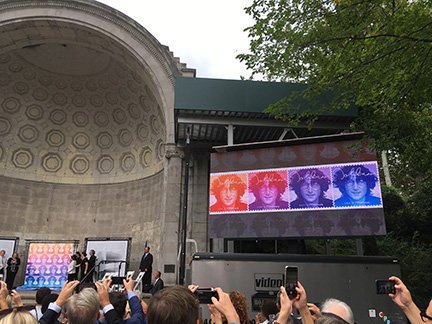