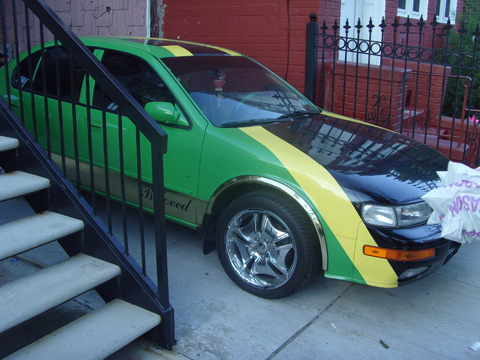 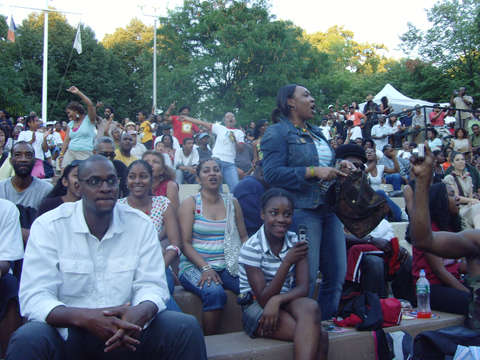 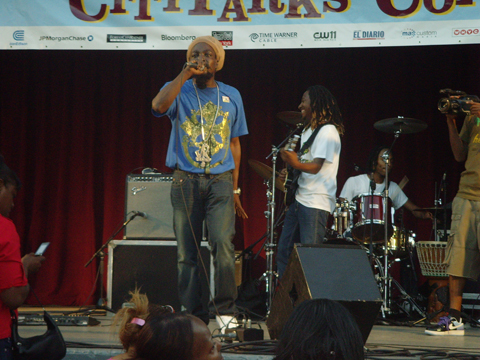 The park has a built-in sunken amphitheater with wide cement slab seating in curved rows. The crowd is mostly Jamaican, the requisite Japanese couple and one other white person who may or may not have been an ethnomusicologist. Dinner is orange cod fish cakes and leathery fried plantains. Onstage is Junior Reid.

In the Mid 80s, like everyone else, I settled for his move to frontman in Black Uhuru without really letting go of Michael Rose. But Brutal was better than anyone expected and since then Reid has had a strong career as performer, producer and record company exec. Along the way Reid has skillfully inched from classic crooning reggae into dancehall bombast, seldom abandoning strident lyrics for rhythmic fluff.

Backed by the New Kingston Band, tonight Reid offered snatches of songs like “Dread Locks In The White House,” dropped to his knees with convincing sincerity to wail “Cry Now,” and brought the crowd to his feet with his classic, “One Blood.” Beautiful weather, a one-love vibe, smiles all around – exactly why we live in ol’ New York, even if sometimes it’s hard to get there.