That’s ARChivist Tim above, who just happened to be wearing an Avengers tee when this great donation arrived. These ‘onesheets’ as we like to call them, are from Doug Arbesfeld who miraculous preserved more than 125 late 70s flyers from bands and clubs in LA. Normally these would have been taped to posts, plastered on walls, folded or torn. Somehow Doug managed to get and keep them nearly pristine, and kindly posted them to ARC.

Below is one of our favorite images featuring The Last, Alley Cats and Plimsouls. A little know fact is that it was created by our Head ARChivist Fred Patterson, in his LA past known as Phast Phreddie. Fred was a bit of a legend in the day, founding Back Door Man, an influential L.A. rock fanzine, writing for tons of other publication, performing as Phast Phreddie & Thee Precisions and briefly managing The Zeros. Designing flyers went hand-in-hand with his DJing at many of the clubs featured in this collection, like the Whisky and Madam Wong’s. 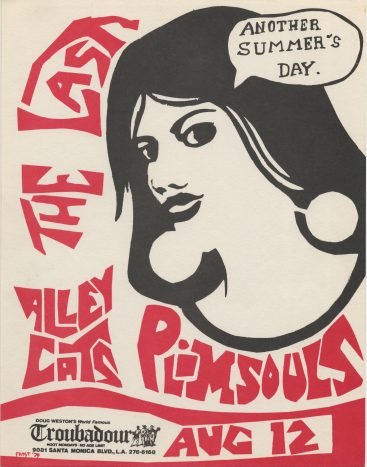 Another gem is the Screamers flyer designed by Gary Panter. Gary is an influential author, illustrator and cartoonist who was a part of the 70s scene when a rash of raw music was hitting the streets of LA. He created flyers and record covers, his former wife managed the Germs for a while and he will forever be thanked for designing the set of Pee-wee’s Playhouse. 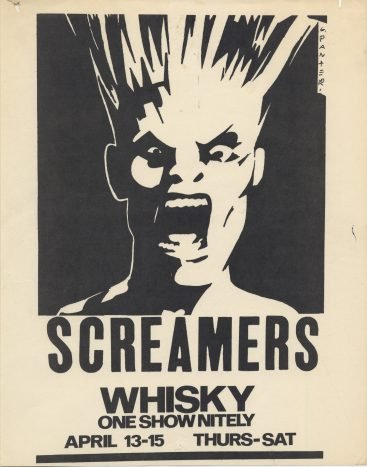 Brooklynite Doug Arbesfeld moved to LA in 1976. He became an avid Punk rock fan attending 100s of shows and got most of these clean copies of the flyers as they were handed out at gigs.  Pity the ones he stapled to his bedroom walls!  In those days some knew him as Doug El Doug, an homage to Rik L Rik.  Back in the Apple in 1980 he continued to collect AND eventually became an ARC member.

We’ll be rolling this great group into our Sub-Culture Collection –  a major grouping and index of popular music literature, with an emphasis on self and fan produced material from the garage, punk and hip-hop eras. Again, a big thanks to Mr. Arbesfeld for his keen eye, meticulous care and generous gift.

And just a few more.. 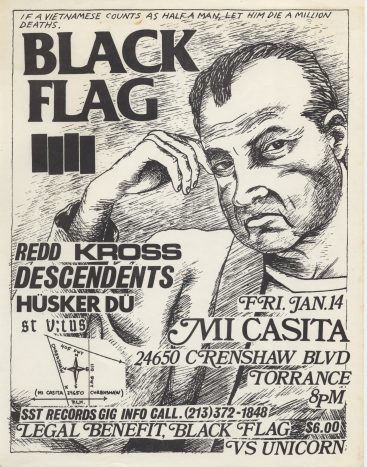 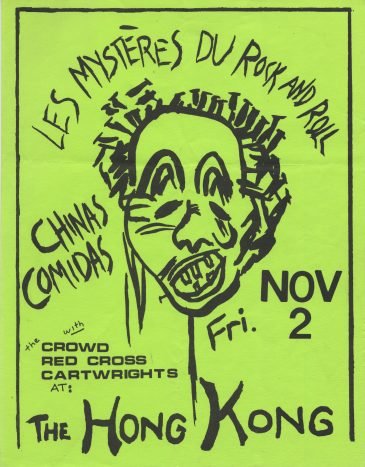