This week ARC received another donation from Wisconsin based Ed Ward.  In the past Ed has focused on this C&W materials. His 15,0000 or so discs are one of our treasured Special Collections and we’ve posted a gallery of his Cowboy + Country songbooks.

This trip’s drop-off is some of Ed’s singles collection – and what a collection it is.  Above is a 78rpm single (“My Heart Belongs To You” b/w “Big Time Grandma.” Freedom Records, 1200, 78rpm, shellac disc, 1948) from Perry Cain, (1925 – 1975) better known as Daddy Deep Throat.  Now you can imagine how difficult it is to do any online search for someone named “Deep Throat,” but here’s what we know:  Daddy’s deep voice made him more valuable as a radio DJ and announcer than a recording artist and guitarist. By the 1950s he was a star DJ at KCOH, Houston’s self proclaimed, “Texas’ First All Negro [sic]Station.” 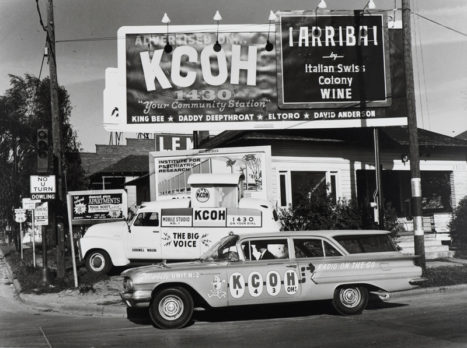 The gem here is the B side, “Big Timing Grandma” and indeed Cain lives up to his on-air name, delivering a mighty nice low-register jump blues. He’s helped along by the better known Buster Pickens (Edwin Goodwin Pickens) who worked famously with Lightnin’ Hopkins.  Others on this disc are guitarist Nathaniel Haskins, tenor saxophonist Ed Wiley, Skippy Brown on bass, and drummer Ben Turner.

The bulk of Ed’s donation is 7″ rock 45rpm singles, many with picture sleeves, including: 400+ Elvis; 200+ Beatles, Dylan; 100+ Beach Boys, Doors, Stones, Dead, Orbison and handfuls of Who, Holly, Haley, Byrds, Zappa, Kiss.  There are 2 boxes, about 300 discs, marked “$50 and Up” – and some delightfully obscure items here, like Jan and Dean white label promos on Challenge, Eddie Cochran German pressings and fan favorites, the Fugs. 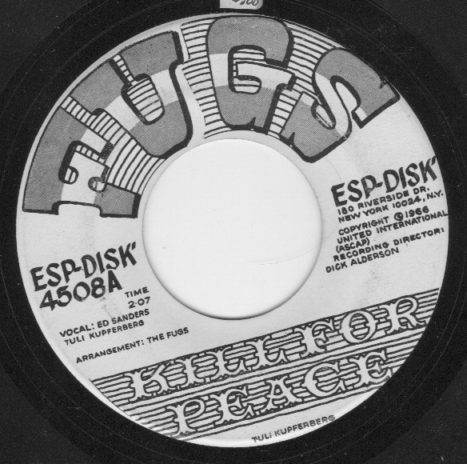 Maybe not that rare, but an iconic recording, nice to see in the generic sleeve. 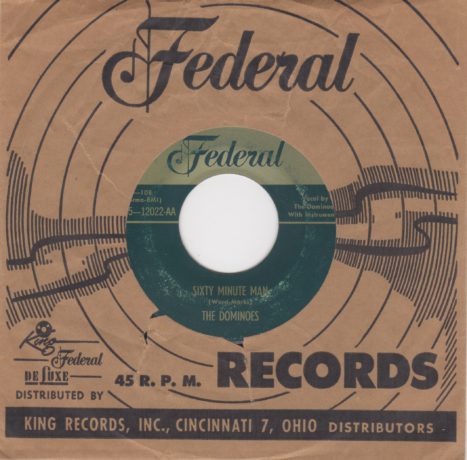 Lots in the news about two boys and schoolgirls these days.

Such innocent times?  Maybe that’s why Ed sent these?  Tom & Jerry, by the way, are schoolboys Simon & Garfunkle. 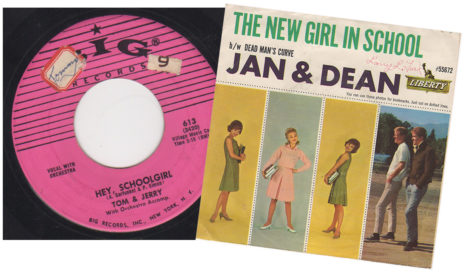 One curious discovery is that among all these mostly 60 and 70s rock 45s there were only two Punk discs. Amazingly they are some of the earliest coming out of LA in the late 70s by Shock and the Sheiks of Shake.  Makes me think that Ed’s next donation may be pulled from more modern stuff not on the “S” shelf. 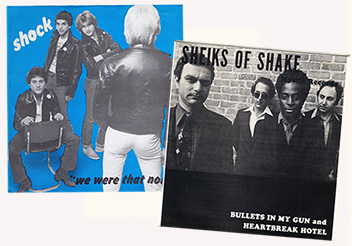 All in all the collection numbered more than 6,000 recordings, mostly 45s, plus LPs and 78rpm discs.  A few of the 78rpm shellac discs featured 45rpm spindle-sized holes – very unusual format from United Records out of Chicago.  Finally, there were a few more Cowboy songbooks and this songbook, yet another “S” from Brit boys w/ twangy guitars. 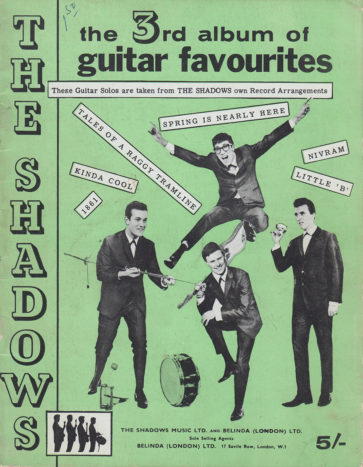