Today was a daytrip seventy-seven miles outside of Havana to Mantanzas.  We stopped at the beach along the way of course, but the real reason for the trip was a performance by Los Muñequitos de Matanzas.  This folkloric dance, chorus and percussion group has been around since 1956, one of the best known and respected rumba groups on the island. 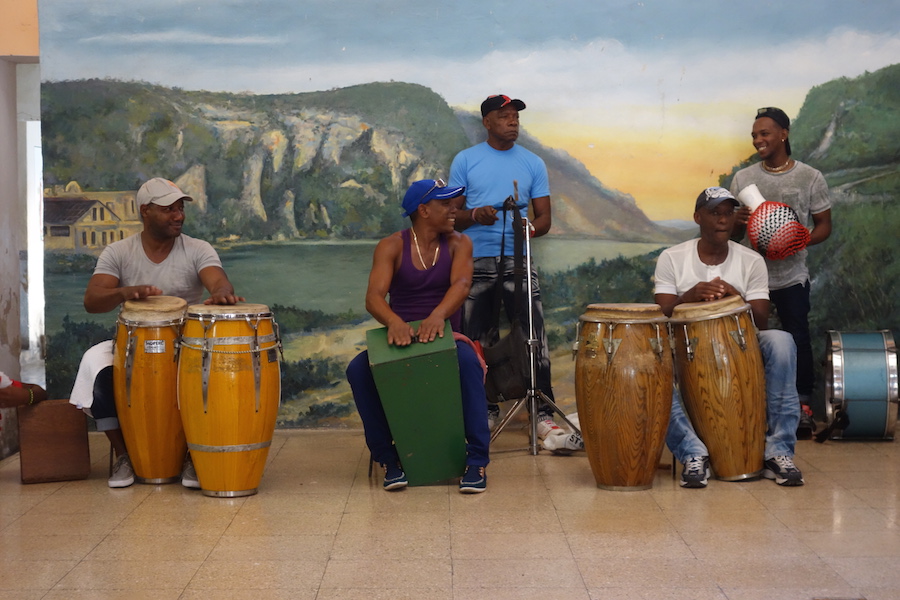 Cuban rumba is a drum and vocal form that originated in the early 1900s in this province of Matanzas, and until the 1950s was an informal music performed by participants at local fiestas. The rumba is essentially a dance-the generic term for a set of three dances, the yambu, the columbia, and the guaguanco- involving not-quite-touching pelvic thrusting, ‘vacunado’, by the man toward his female partner. Instrumentation consists of conga drums, metal shakers and ‘cata’, slit-tube percussion. The songs, performed by a solo vocalist and a small chorus, typically concern life’s daily problems, but often deal, too, with santeria-linked themes or African tribal lore. The percussion-only accompaniment is intense, joyful and intoxicating.

Originally known as Grupo Guaguancó Matancero, this groups name change came about after a an early B-side titled Los muñequitos became a hit.  The name by the way is from a group of well-known comic book characters.  Since then many personnel changes and extended family members have kept the group active and relevant. The photo of the young dancer is an indication of this ongoing tradition.

We also stopped at Ediciones Vigia, a small co-op creating editions of handmade books, and Bellamar Caves,  about a hundred feet down and 100% humidity.  One highlight was a local cafe, offering beer in a bong-like tabletop contraption.  Something every home should have. 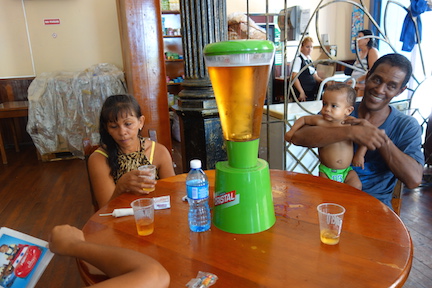