I lied yesterday in this blog; there were only 100,000 people at Rock In Rio yesterday.  That aside, the real mystery is how all of them, and nearly every one of them under 20, knew the words to Queen’s “Love of My Life”?  They threw a 1985 clip up on the big screen, and everyone just sang right along – proof that the Queen’s English still rules. 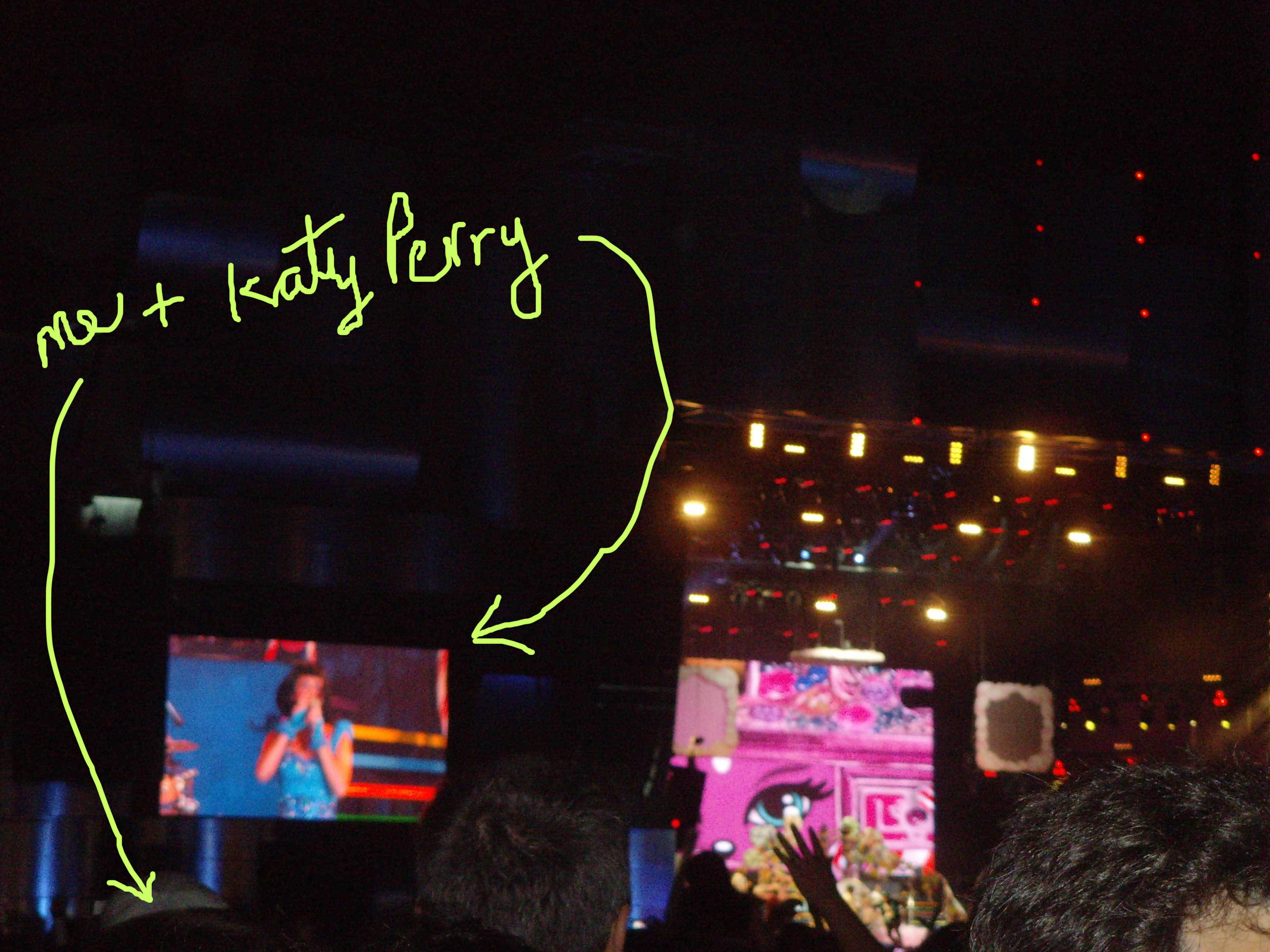 Entertainment hegemony aside, Rock in Rio was a delight.  The last big festival I attended was Woodstock, so this is not exactly my cup of tea (bowl of mate).  As the queue to the buses was more than four miles long we opted for a three mile hike to the site.  Sound was good, and the outdoor venue a-way out in Barra, was a manicured, astroturfed (they learned lessons from that muddy Woodstock) teenage playland.  The one day ticket price (R190, about $120.00, 600,000 sold-out in four days) meant that everyone was white and affluent.  One nice thing was that the sell-out meant the entire event was broadcast live, for free on TV.  One bad thing was when we spoke with a food concession person she said she earned $11.00 for a full day’s work.

Once de-sambaized, the kid Cariocas could be just another bunch of dorky suburban Americans, without an ounce of rhythm.  They did the pogo jump and swaying hands-above-the-head thing religiously, joyously, from 6 pm to 3 am, until we left after some beers and an ounce of Rihanna.  Clearly the big star was Katy Perry who was perky, sassy, polished – a quick change artist ably assisted by the on-stage aerobic class of characters now essential to amping up the excitement gap that mere singing and playing creates.  Everyone knew every word and cheered every new outfit.  If I was leery of the lasting value, I was taken by the effect, that the music did exactly what pop music has always done, made people happy. 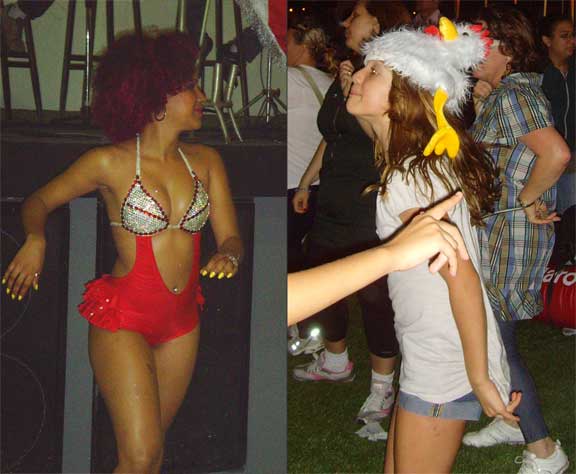 I was happier the following evening at a samba school.  “Escola de samba” is a phrase meant to add a bit of academic legitimacy to communities, primarily made up of poor people in the poor neighborhoods (favelas), who march in a group at Carnival. Practically every city has schools and parades, but Rio is the mother load.  A theme is developed, a song chosen with costumes and floats created to reflect the themes – some frivolous, but mostly a lot more thought provoking than say, well, a Katy Perry song.   Historical overviews and serious social issues are often explored, complete with nudity and feathers, like all good lectures should be.

To see some nice pics of last years carnival go to: http://totallycoolpix.com/2011/03/rio-de-janeiro-carnival-2011/

Carnival 2012 begins Feb 17th (145 days, 3 hours from now) and so all the schools are involved in contests to choose the best song to represent their chosen theme.  To raise money and spur interest the schools open up their cavernous rehearsal studios to allow gawkers, gringos and locals to mix, dance and party.  You pay to get in, to get a table to sit and for swag, food and drinks; VIPs in the balconies, you and me on the ground floor.

So, another long trek took me to the rehearsal hall of Salgueiro  (G.R.E.S. Acadêmicos da Salgueiro) in Tijuca.  Formed in the 1950s, Salgueiro is nine times carnival champions in Rio, last winning in 2009.  Their motto is honest, “Not better, nor worse, just a different school” and their logo a snapshot of Brazilian essentials; TV, music and soccer.

Little shows by young dancers and some veterans provide breaks between competing songs.  All this and the fees earn income for the schools to pay for the elaborate and costly floats and costumes necessary to successfully compete at Carnival.  Every item in the place, from napkins to chairs, are sponsored and covered in logos.  The tables are littered with lyric sheets from the various composers hoping for a vote that matters by members of the school, and that their samba will propel the school to victory.  Propel is the right word, as dancers defy physical laws of motion, speed and energy. 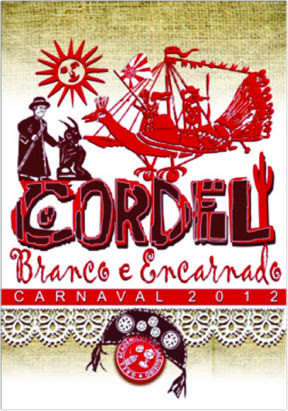 “Cordel Branco e Encarnado” (“Peacock White and Red” is Salgueiro’s theme this year and will reinterpret a poetic chapbook from the Northeast of the country, play off a popular telenovela with the same source, combine it with their booming batteria (drum corps), and flood the street with variations on “The Romance of the Mysterious Peacock”.  Lets see a real university try and do that!

film of the batteria of Salgueiro – furioso