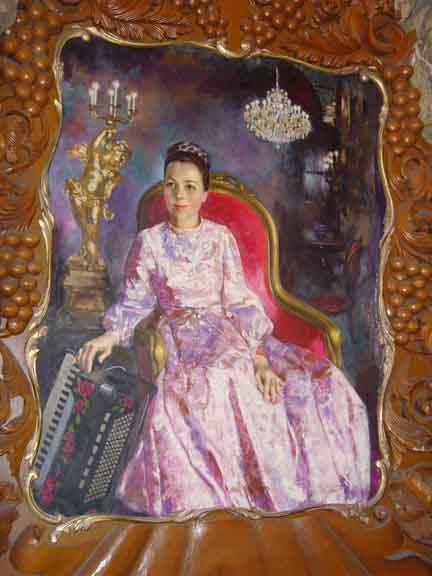 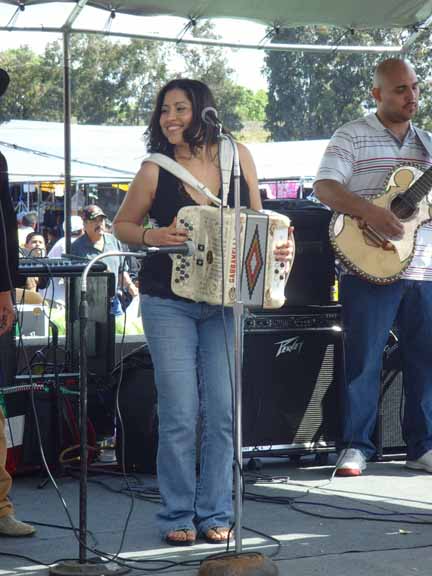 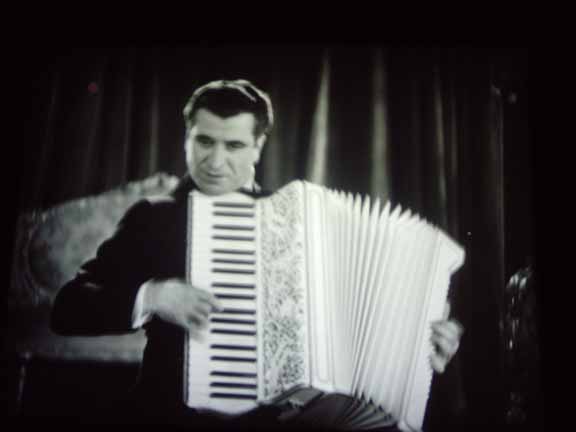 Shot off the big screen at the renovated and delux Stanford movie theater, where ARSC members were treated to an assortment of early sound Vitaphone releases, this one of “Guido Diero, World”s Foremost Piano-Accordionist,” from 1928. And according to http://www.guidodeiro.com/vitaphone.html, he is the first accordionist ever to appear in a sound film. Check out the Vitaphone project just for fun, http://www.picking.com/vitaphone53.html. 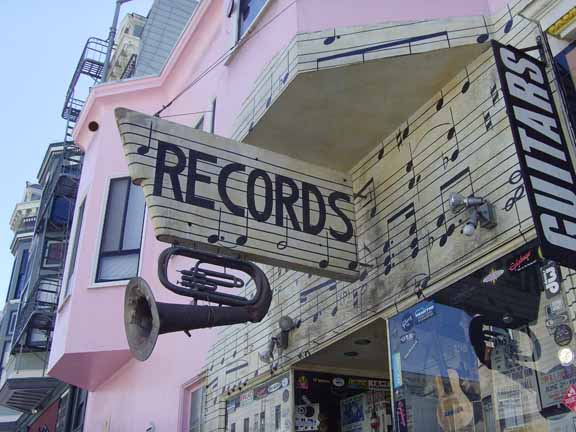 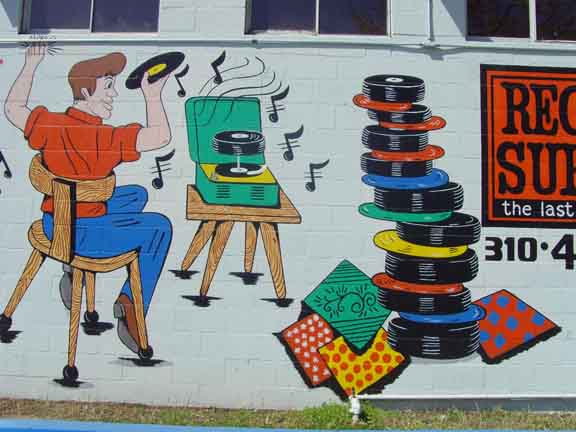 Record Surplus in LA – a better mural than store. 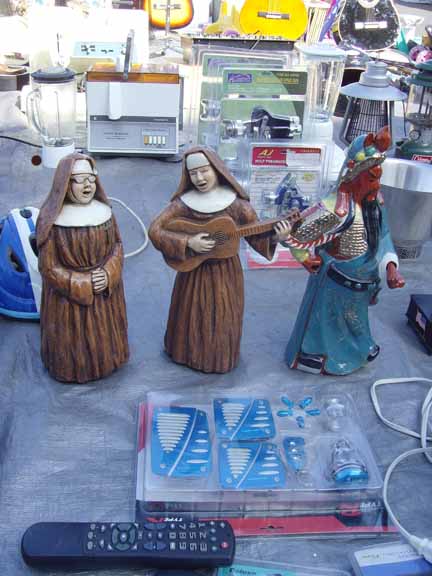 Singing Nuns at the fleamarket on Berryessa Road. 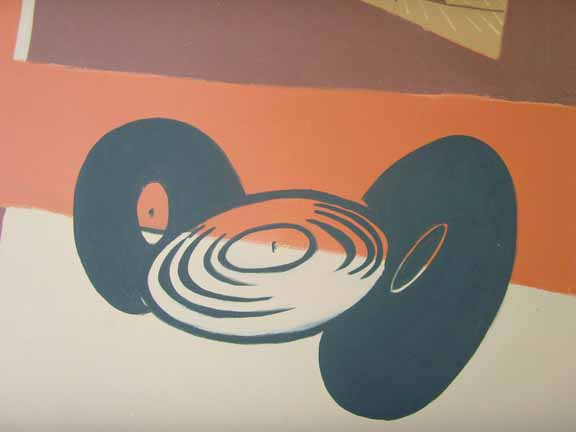 Mural outside kitchen window at Brooke’s in SF. 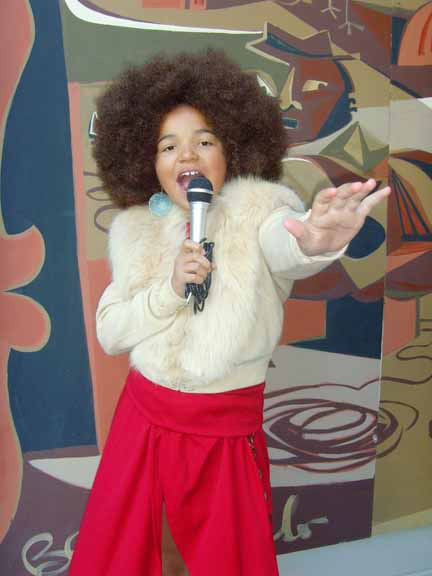 That same mural featuring Kid de Brooke, Gabby, selling it as Diana Ross in honor of Disco Day at her school!