This is the first of a few posts by Henry Locke, ARC’s intern from Bennington, working remotely on contacting labels for us and doing some blogs – here’s his first…  We’ve added the above, a related 45 from ARC’s collection.

At the stroke of midnight the familiar sound of Auld Lang Syne can be heard usually with the lyrics drunkenly butchered and hummed as we welcome in the New Year. Auld Lang Syne is one of those songs that comes around every year, so ingrained in our culture despite us being mostly unaware of its history. 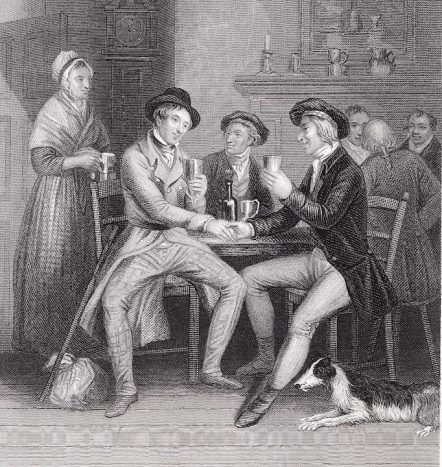 The tune finds its origins in Scotland, with elements of the poem tracing back to the 16th century. Written in the scots language, the title “Auld Lang Syne” roughly translates to be “for old times sake,” with the song touching on the themes of preserving old friendships and reflection. Scottish poet Robert Burns is the most associated with the creation of Auld Lang Syne, having submitted the song to the Scots Musical Museum in 1788, describing it as an ancient song. Despite claiming to be the first to have written it down, the poem shares the phrase “Auld Lang Syne” with a few thematically similar poems, predating Burns, by Robert Ayton, Allan Ramsay and James Watson, as well as being found in old folk songs

The melody of Auld Lang Syne is probably it’s most iconic and memorable aspect. However when it was originally printed, the song was paired with a different melody. It was later published with the well known melody a few years later in George Thompson’s Select Songs of Scotland, in 1799. This melody derived from a popular Scottish dance tune.

In many ways, the simple pentatonic melody has allowed the song to become so widely popular, allowing it to be reinterpreted into a variety of styles throughout the world.

The tune has also been recontextualized throughout the world being given new lyrics. Dutch singer  André Hazes used the melody in his 1988 song and football chant Wij houden van Oranje. In Japan, the song Hotaru no Hikari uses the melody and it is often played at graduations or used passive aggressively by businesses to let customers know it is closing time. The melody was also used from 1919 to 1948 for Aegukga, the national anthem of the Korean Provisional Government.

The song in Scotland is very much related to the New Years celebration of Hogmanay, where it is sung while holding hands in a circle, and which everyone comes together in the middle of the circle at the end. In North America the connection between this song and New Years can be credited to “Mr. New Years Eve,” Guy Lombardo who performed the tune on his popular New Year’s eve radio and later television program from 1928 until his death in 1977 with his orchestra the Royal Canadians. This program created the blueprint for Dick Clark’s Rockin ‘New Years Eve and the modern celebration in the United States.

Guy Lombardo and his Royal Candians 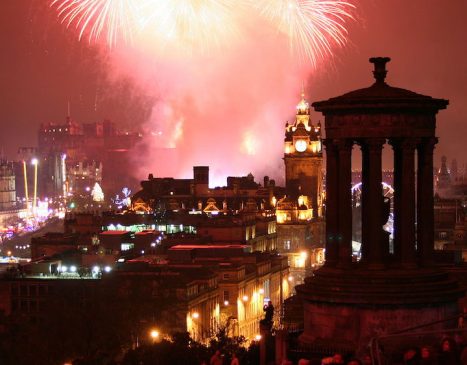 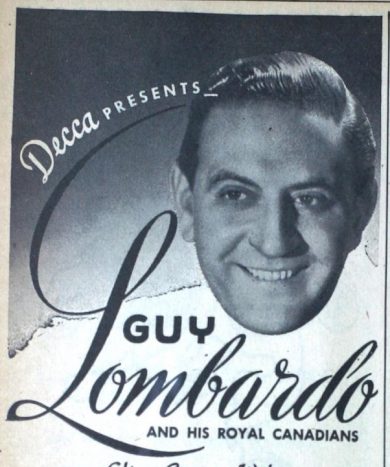 Auld Lang Syne is a song about preserving old friendships and looking back over the events of the year. Looking back at 2020 is going to be tough for many of us as it has been a year of loss. However with the last verse,

And there’s a hand my trusty friend!

And give me a hand o’ thine!

I am reminded of how we have also come together to support one another through this time. There is still a long way to go but it will be better if we remember to do it together.

A Birmingham Choir Rings Out The Year With “Auld Lang Syne”