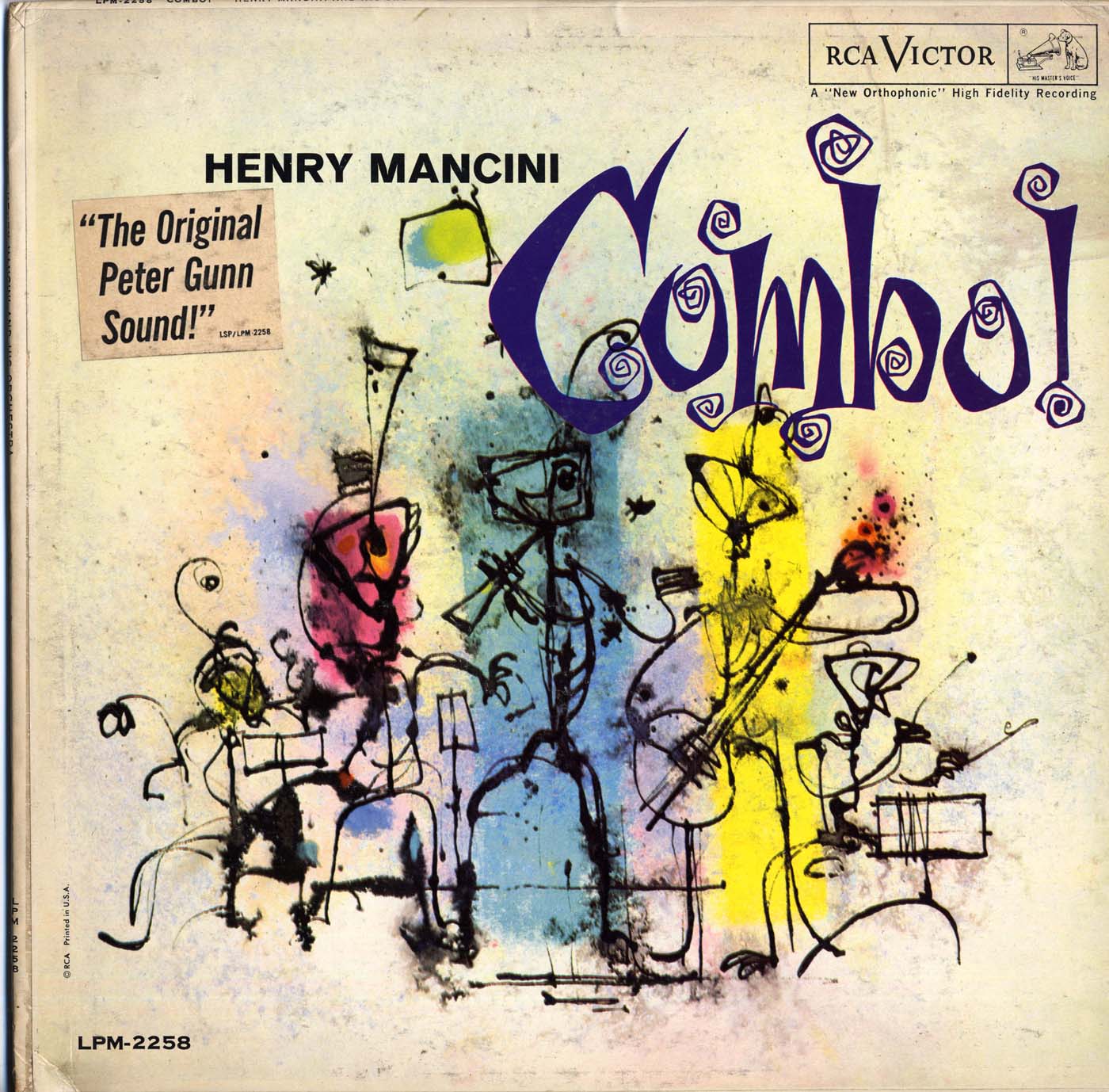 Freddie, who does the weeding @ ARC, was comparing our three copies of the LP “Combo” by  Henry Mancini and His Orchestra ( RCA Victor Records, LPM-2258 , 1961).   We sell third copies, keep two of everything.  Well why not hava listen he sez to himself he sez.  Lo, it turns out two copies of the  album play “Moanin'” as the first track on both sides, but lists “Powdered Wig” as the first track on side two.  So that means we gotta keep ’em all.  But what it really means is that we should be listening to ALL TWO MILLION RECORDINGS at ARC.  Freddie will start Aug 24, when he gets back from vacation.