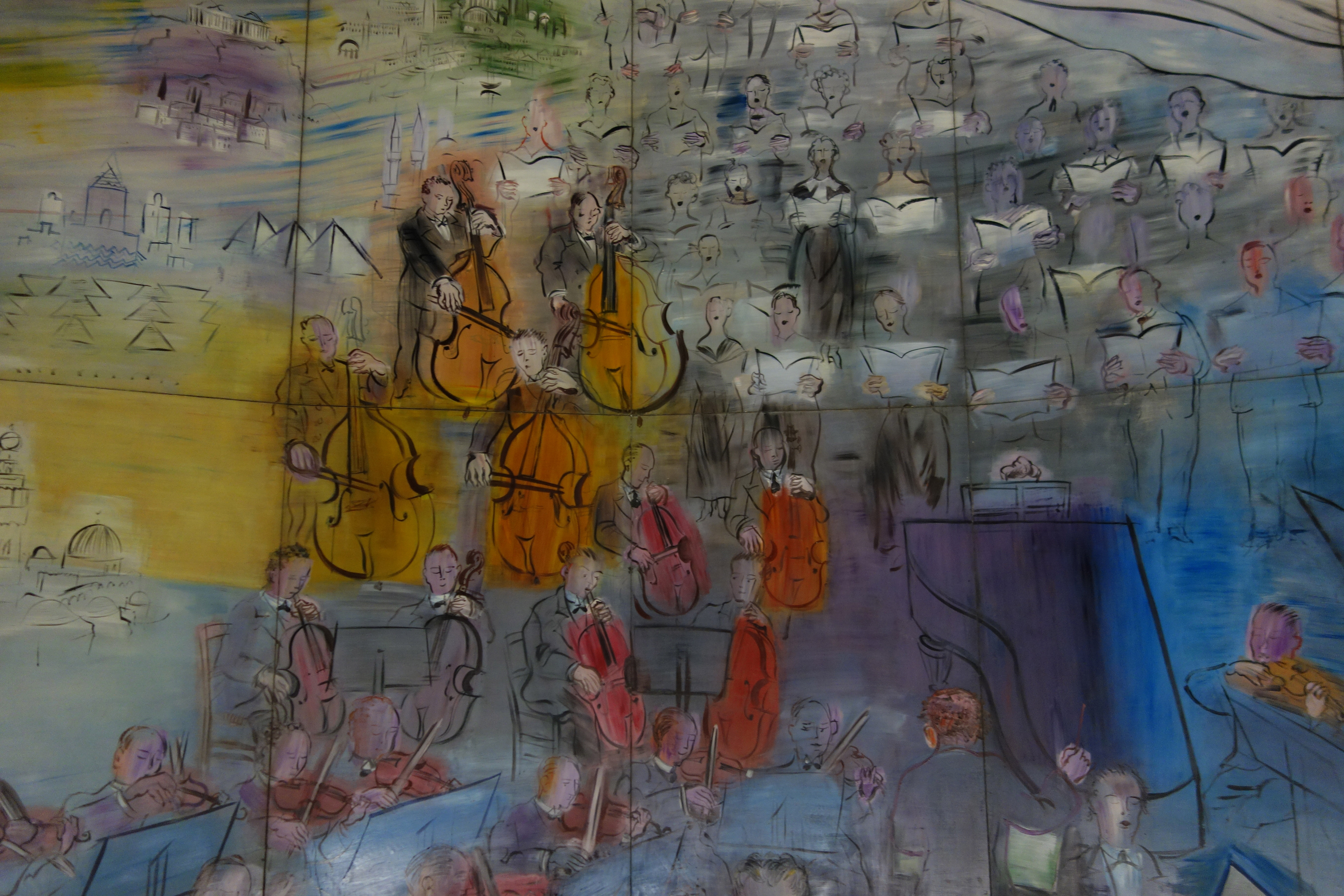 Visited Decorum, a tapestry exhibition by artists @ Musée D’Art Moderne and there was an unexpected soundtrack running throughout.  My ear caught by Sun Ra’s aptly named “Tapestry From An Asteroid.”  Pretty hip, not to mention Can, Dave Holland, John Cage, Aphex Twin, Eno and the Poetics.  All programed by a Jean-Philippe Antoine.

Never been to this museum and it was treat and a surprise, mainly for the many gigantic works, much of it from the site of the 1937 Paris Exposition.  One highlight is the monumental-roomsized Le Fée Electricité (The Magic of Electricity), some musicians from the broadcast section above.  Also from the fair are massive versions of ‘The Dance’ by Matisse, designed for archways that I had never seen.  I had also never seen such large paintings by Robert Delaunay – here’s the aptly named (for ARCsters) Rythme Number 1. 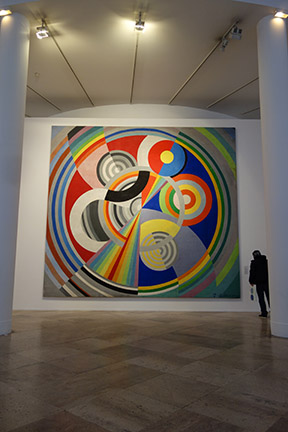