As I’m heading back to Poland (Ohio) see me Mum, a flurry of old friends have surfaced.  Turns out it’s about the same time as a reunion of my elder brother’s high school class.  You may think that Poland Seminary High School is only famous for an assassinated president (McKinley) or the advertising genius who bought the world, “I Love New York,” “Plop Plop Fizz Fizz.” and “‘I can’t believe I ate the whole thing’ (Mary Wells, née Berg, of Wells, Rich & Green) but it’s also homeroom to a few bits of odd musical history. 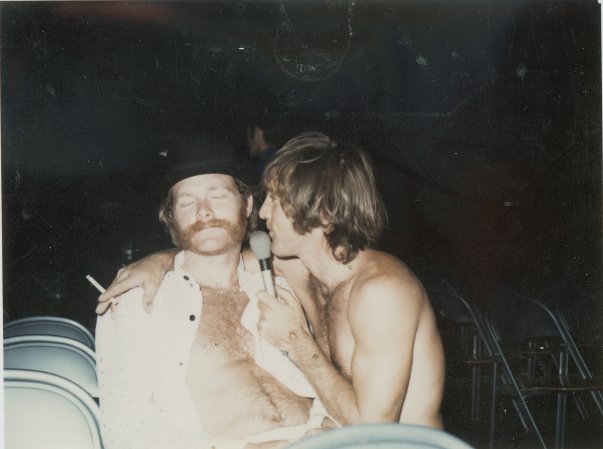 Doug Braun recently sent this pic and and few words: “Forgot the details.  I took this photo of Mike Love & Dennis Wilson while working with their tour back in the summer of 1968.  We did 14 U.S. cities with Gary Puckett and the Union Gap and the Human Bienz from Youngstown, Ohio.  We enjoyed short friendships while all working together.  There where two large tour buses for the lighting and sound crews. The performers traveled by air and limo’s.  We had one of the first Winnabago motor homes and a large Ford van.  We drove city to city seeing the country often driving non-stop to the next gig.  I helped with the driving and stage responsibilities. It was GREAT!!!  Got to know everyone on a first name basis.  Enjoy.”

Now the drummer for the, “Nobody but Me,” Human Beinz was Mike Tatman (perfect name for a drummer), who went to Poland, and later married Christie (won’t be in Poland, because she had so many children she didn’t know what to do – so she went to England) who was Poland’s Prom Queen (…and I, ahem, uh, was King).  They were the reigning local heroes.  Live music was rare, mostly Bowling Alley dances, The Roller Rink and nights at the Carousel Teen Club. 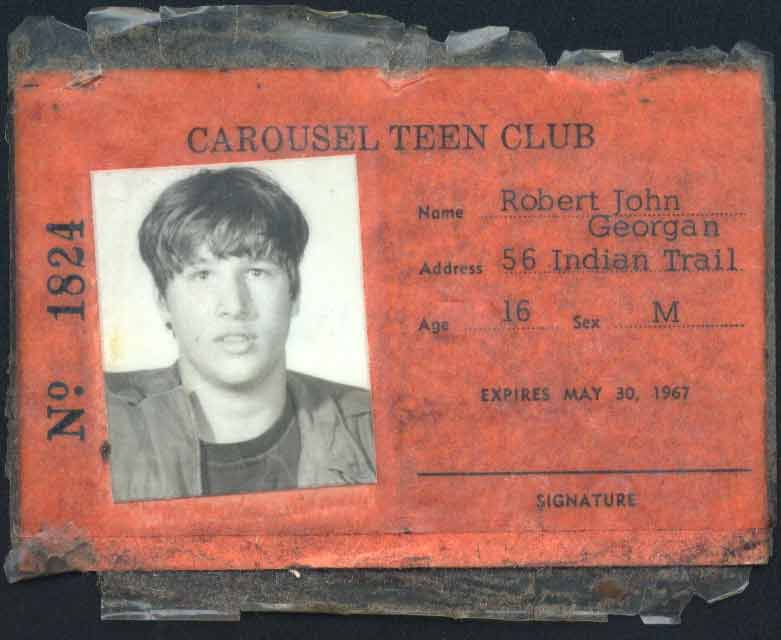 Then there was the Record Rendezvous, a rich mahogany paneled record store in downtown Youngstown (“Murder City USA” headlined the Saturday Evening Post!).  It had booths with glass at the top, and wood below, and you could slide down and sit on the floor, and no one could see you.  The perfect Sat was taking a bus downtown, bowling or shooting pool, shopping for junk and used clothing and food in the Black section of town, or maybe lunch with my Pop who had his business there, then a movie (at the original Warner’s Theater) and then about an hour or two waiting for a ride home at the Rendezvous.   Sadly, musically it was slim pickens.  About my strongest memory was digging into the C&W section and playing Marty Robbins’ Gunfighter record.  Well, at least until they kicked me out after about six runthroughs.  I’ve since learned that the “Vous” was a chain out of Cleveland, and the owner, Leo Mintz, convinced Alan Freed to play race records on the air, hand-fed him what Black kids were buying from his store, and may have coined the term, “rock’n’roll”.

One of the records I actually bought at this store, turns out to one of the rarest at the ARChive.  Here it is with the original price tag.  Last auction price over $12,000.  Better than stocks! 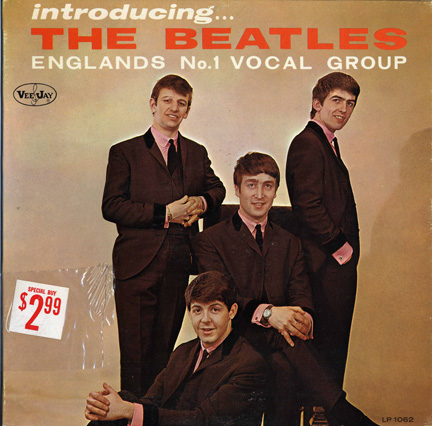 You see when Capitol US was offered the first Beatles album, they passed.  Hated the look.  Hated the music.  So a small Black label out of Gary, Indiana, Vee-Jay, took a chance.  The Beatleboys did OK, and Capitol said they were just kidding.

Interviewers often ask, “What was the first record you ever bought?”  Well, I have no idea.  But I do remember the first LP I ever stole.  It was World Without Love by Peter and Gordon.  I had about a 3 month run as an amateur booster (“Please lock me away…”), and my partner in crime was Sverre Falck-Pedersen (he’ll be in Poland this weekend, and mispronouncing his name was endless fun).  He says he stole it, not me, but he’s wrong.  We had decided to start stealing LPs one August.  Not so much because we were music lovers, but that they were big and difficult to hide under summer clothes…