We’re busy getting ready to launch our Cuba Music Week website – next Monday we hope –  and so some recent thoughts on recent happenings here @ ARC.

I came across this quote recently from a paper by Columbia professor Gustavo Pérez Firmat.

“It seems as though there is always bad news coming from Cuba.
This year it was the revolution, and last year it was Cuban music.”  Life Magazine (1933)

Nice huh?  Shows how difficult it is for anyone to judge culture in their own time.  One of the reasons ARC collects everything, allowing every future generation to make of it what they will.

How to use music also shows up on the political landscape as the Rolling Stones are asking Donald Trump to stop using their music at his rallies.  I can only hope it’s in opposition to his candidacy rather than a licensing issue.

Where to put music is another problem.  We just got a donation of about 65,000 seven-inch singles, and expect an equal number later in June.  Full report on this batch coming soon.  Here’s Fred judging culture in his own time; sorting out the good, the bad and the ugly. 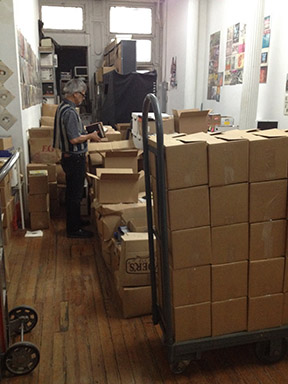 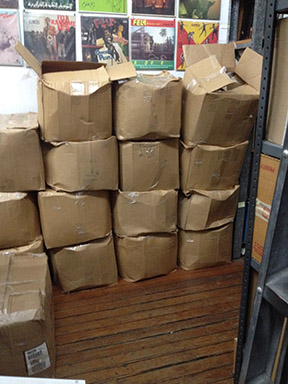 We’ve been working on our singles collection all year in anticipation of this new largess.  That means tons of extra copies have been hauled up from the basement for our next sale, coming up on June 11.