While hob-nobbing with Katy Perry was fun, lets get down to the real nitty gritty of the ARC’s Brazilian trip; record hunting.  Our host was Allan Bastos, a collector and dealer from Rio+NYC.  Our point man was Beco Dranoff, a producer, DJ and filmmaker based in NYC + Sao Paulo who is heading up our Brazilian projects.  This dynamic duo made sure ARC met a great many collectors, artists, critics and label and record store owners in Brazil – all in preparation for ARC’s Brazilian World Music Day next September. 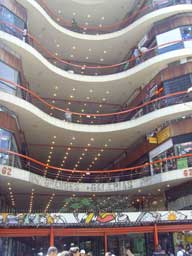 My first stop in Sao Paulo was the Galeria do Rock in the old center.  This building used to house a great many record stores, but now has given way to music accessories and swag depots.  More or less the first floor sells hip-hop, the 3d Metal (who could resist the cuddly Goth baby doll), and the 4th floor rock. 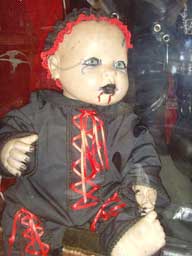 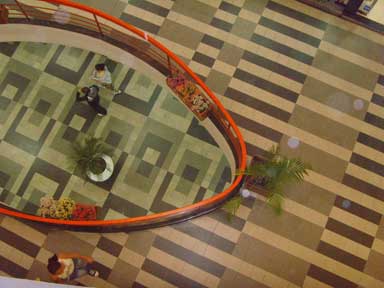 One of the last remaining vinyl outlets is Baratos Afins (Cheap + Willing).  Started by Luiz Calanca in 1978, they rightly proclaim themselves an independent pioneer, as both label and retailer.   The store became a label when os Mutantes vocalist/bassist Arnaldo Baptista enlisted Calanca to release a solo LP.  Soon the store became known for releasing ‘underground’ music and rereleasing out-of-print LPs by os Mutantes and Tom Zé.  In time the label issued a wide range of genres: experimental, post punk, garage, modern pop, jazz and metal.

A big thanks to Mr. Calanca who donated a group of his rock and jazz LPs.  Naturally I couldn’t resist this Twist LP. 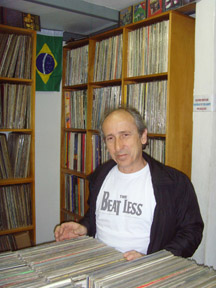 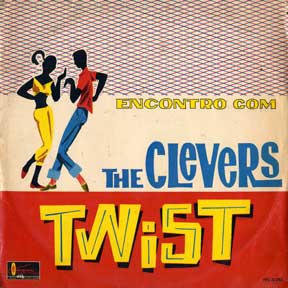 Another long-lived store specializing in Discos Vinil is Eric Records in the Pinheiros neighborhood of Sao Paulo. 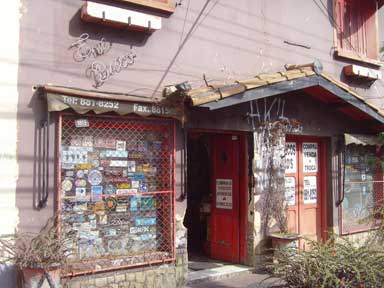 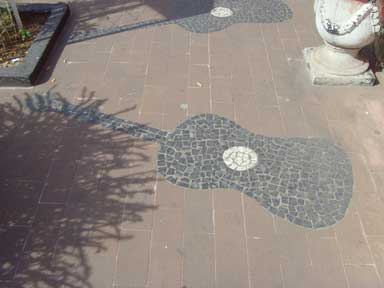 One nice touch is the guitar mosaics in front of the store, continuing the theme of patterned sidewalks you see throughout the city.  Run by Eric Crauford, the shop is chock-a-block with new and vintage plastic, both local and international, surrounded by memorabilia, room after room deep.  By the way those RS 1.99= $1.10. 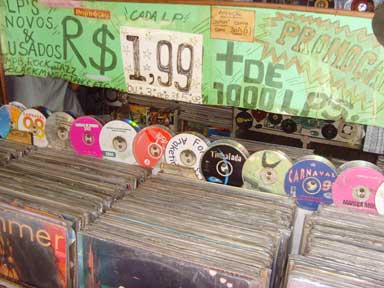 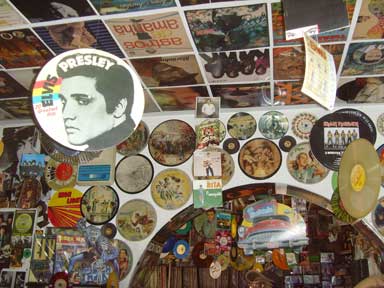 Beco, who had just produced the fabulous Red, Hot + Rio 2 album (listen or purchase here), was at Radio Eldorado doing an interview.  Later we toured their archive.  The very first record they ever received was by Tony Bennett, but I liked this one. 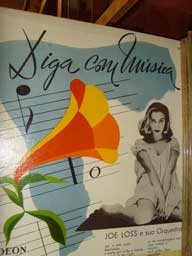 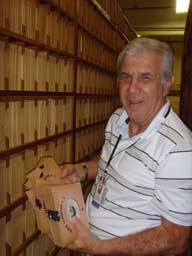 Here’s a shot of archivist Edgard Conçalves filing some 45s, who’s been here as long as, well, Tony Bennett.  You can listen to Radio E here.

The highlight of the Sao Paulo trip was a visit to a fabled collector who is relocating his 400,000 recordings – here they are, all boxed and labeled and getting ready to enter their new home.  ARC has offered to help to catalog this collection and a large donation of duplicate will be coming our way later this year. 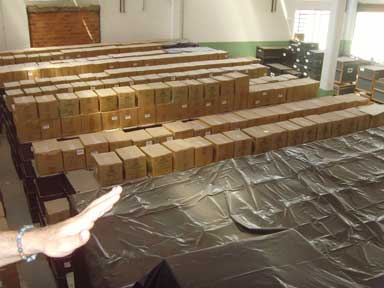 The next day we were off to Rio to give a presentation (details next blog) at Studio X, a Columbia University initiative.   Outside their window we discovered this tidy street vendor where we found good things, in good condition, at about $1 an LP.  Like this gem featuring Baden Powell. 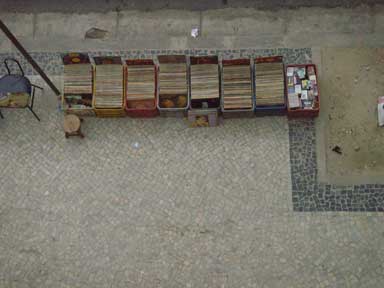 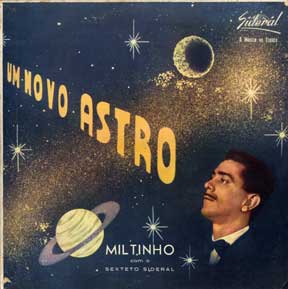 Another highlight was a tour of the Museu da Imagem e do Som  (MIS, Museum of Image and Sound) in Rio, a government supported institution since 1965.  The museum houses about 80,000 recordings, more than half of them 78 rpm discs.  This is a remarkable collection, yet to be cataloged and the metadata made available to the public – but the 78s are all digitized. They are in the process of building their new space (go two-blogs-back to see what the magnificent new building will look like) in the heart of Copacabana beach.   The goal is to offer interactive access to all the materials in a few years.   Thanks to VP Rachel Valença for her time and attention.  We also visited MIS in Sao Paulo, who’s concentration is more on image than on sound.  Thanks there to Paola de Marco.

A cultural organization in the Urca neighborhood is the Instituto Cultural Cravo Albin.  It’s a not-for-profit, called an ONG here (NGO in the EU), founded and run by Ricardo Cravo Albin in 2001.  Mr. Albin is best known for his encyclopedic Dictionary Cravo Albin da Música Popular Brasileira, published in 1997 and available online.

The Institute is built right into the base of Sugarloaf, the rock breaking into some of the rooms.  (I curse my camera, on the fritz that day).  One treat was a reconstruction of a 1930s radio studio, complete with transmitter and microphones reportedly used by a young Carmen Miranda.   A big thanks to Mr. Albin for the donation of some of his publications and the nice bottle of Champagne we had on his porch overlooking Rio. 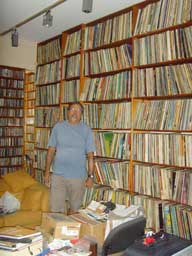 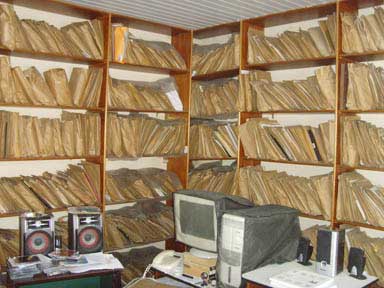 On the last day in town we visited journalist and critic, Tarik de Souza.  Tarik has the usual wall-upon-wall of LPs, but here’s a peek at his room of reference files on Brazilian artists.  Mr. de Souza will offer an essay on sambalanço, a genre that emerged and was somewhat eclipsed with the bossa explosion, for our Brazilian World Music Day.

So we urge everyone to visit Brazil and to have a listen to the wide range of Brazilian music out there.  A good introduction is our pal Beco’s recent guest shot on NPR’s Alt. Latino program.  They call Beco a “Super Producer,” and he offers you a super taste of the new and wonderful music from Brazil.

Below is a list of the recordings ARC collected on this trip to Brazil.  You can see all of the Brazilian recordings at the ARC that we have catalogued (this is a beta version) so far @ http://arcmusic.heroku.com/brazil_albums?c=label&d=up

Books we added to the collection:

…when you leave Brazil, do pause and have a listen to the sexy, breathy announcetrix at the international airport – flight “niiiiine” “ooooooo0000h” “nniiiiinneeee” delivered in a telephone sex voice.   Maybe you should stay?