We frequently visit the world of obsession and the unlikely paths to preservation.  One trippy trip began when Nick Cave asked his friend whether he still had the gum he had snatched from Nina Simone’s piano that strange and transcendent midsummer night in 1999.  The friend was Warren Ellis, musician and longtime Cave collaborator, and it was plied from under the piano Ms. Simone played at her last London concert.  The story comes to us roundabout from ARC folks Julie Panebianco and Courtney Love.  They sent off the photo (below) yesterday, April 21, the day Nina Simone died in 2003.  You can read about the transformational activities surrounding the cigarette-smoke infused ‘wad’ by artist Hannah Upritchard at The Marginalian website. That photo below is of making a cast from the gum.

The book about all this by Mr. Ellis, Nina Simone’s Gum, came out in 2021.  A mix of preservation, icon making and tribute. ARC never got that close to the artist, but we’re obsessed with the artistry and legacy none the less.  The photo above is the reliquary  “inside a velvet-lined, temperature-controlled wood-and-glass box on atop a marble pedestal at the Royal Danish Library.” Lowly objects become Holy Grails because lips have touched them.  We’re merely Fisher Kings, preserving 154 recordings by Ms. Simone. 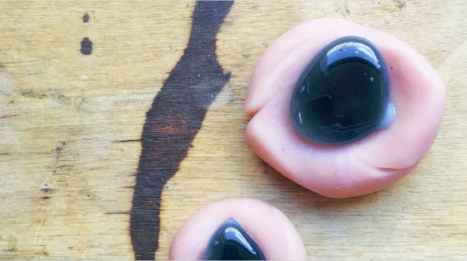