home » blog » Big Thanks To Everyone!

I am proud to announce that from beginning to end, our Sneaky Santa Holiday sale was a raging success. It started with the smooth ballads, boogie and blues stylings of Susquehanna Industrial Tool and Die Co. (Homepage, Myspace) at the Members party: 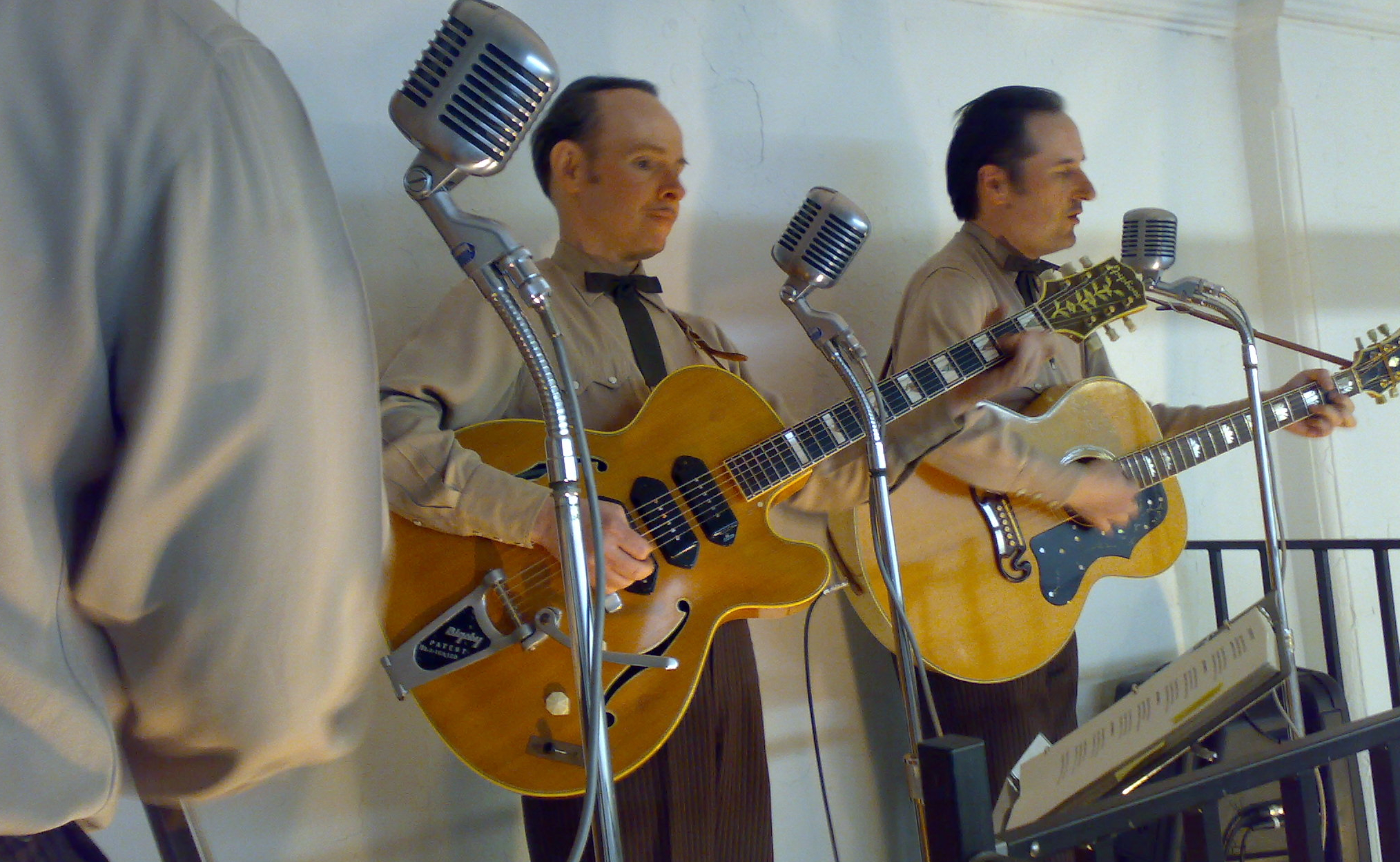 …continued through an AMAZING Saturday and ended a week later on a cold, cold Sunday. Throughout that time B. and Phreddie Claus held things down as only they can, while the elves Jon, Bryan and Jessica made everything happen. Were it not for a spate of terrible weather, it would have been the best winter sale we ever had (and despite the inclemency, we came real close). Gracious thanks go out to the good people at Earfarm, Slimehag, Whatsupnyc, Blogcritics, the Analog Arts Ensemble, American Towns and Bellook for blogging about the sale. We deeply appreciate the help. We’d also like to thank whoever it was who put us up on Digg. It was great to see that (even if we were Dugg a mere 8 times). So, a big thanks to everyone. We look forward to seeing you at the summer sale in June!

In other news, Jon’s wife Karen made holiday cookies this weekend and Jon brought in a box. Because holiday cookies are by nature ephemeral (much more so than holiday fruitcakes), I took a moment to make a festive holiday scene out of them for everyone to enjoy before they’re gone: 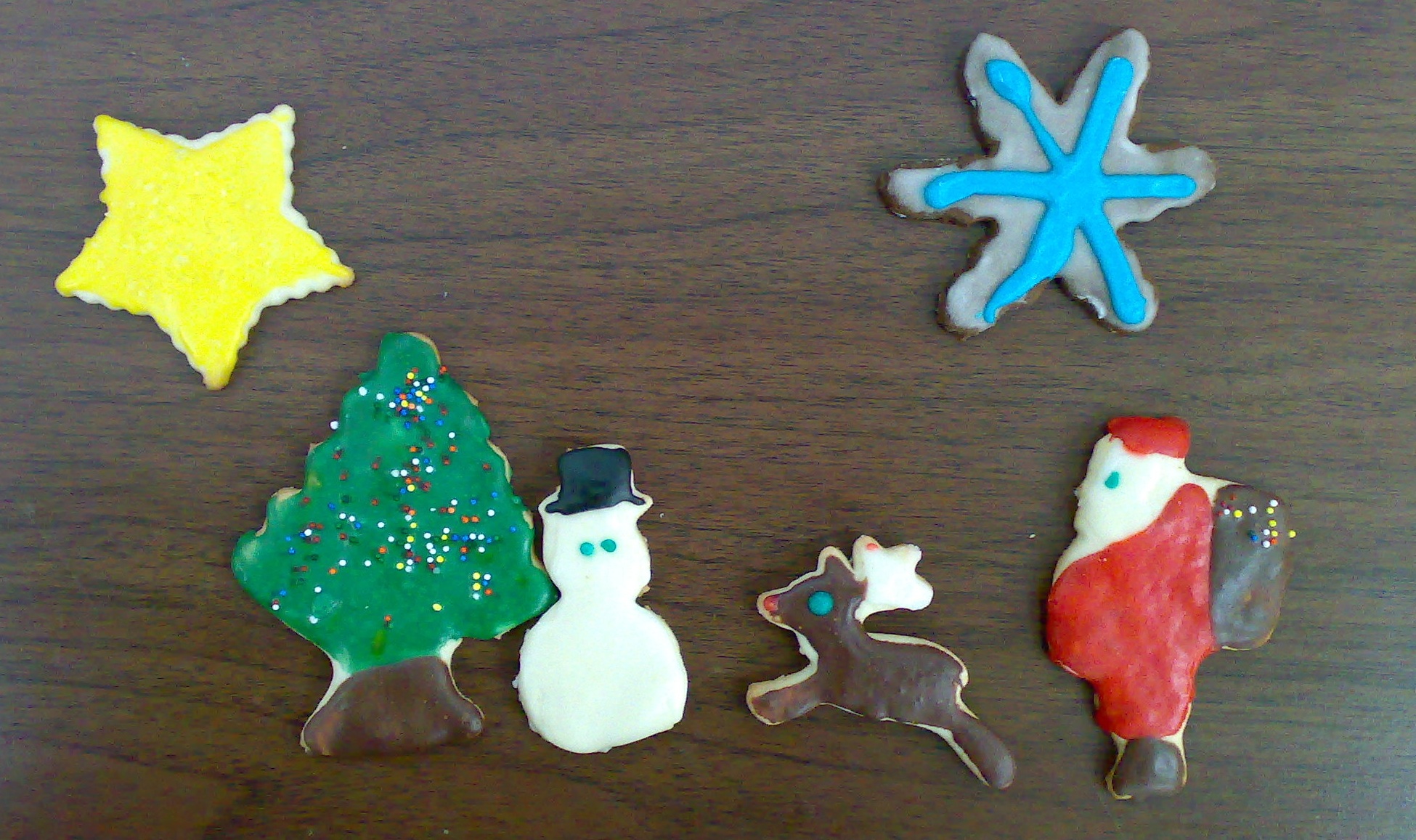 It’s diorama-esque in its majesty, isn’t it? Anyhow, they’re delicious and Phreddie will be thrilled that today the cookie hustle came to him. Thanks Karen!