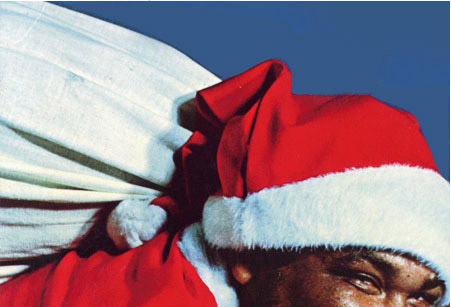 Do you like music? How about the holidays? If you answered “yes” to both, then you’re in luck! It time again for the ARChive of Contemporary Music’s big Holiday Record & CD sale!

It all gets going on Saturday, December 8th and we’ll keep it going everyday, from 11-6, until Sunday, December 16th. We have 20,000 items for sale, and we’ll add new items daily. CDs are NEW donations from record companies, NOT used, returns or defects! We have mostly pop and rock recordings, but keep your eyes open for CDs from Rough Trade and reggae from Trojan and Sanctuary! Collectible LPs are priced below book value – all sorts of new things. Hundreds of CDs are priced at $1 to $5 each. cassettes $1.00 ea./ 12 for $10. Just released NEW & HOT CDs are $5 – $10 • MOST LPS $1! BEST DEAL = BOXES of 125 Pop, Soundtrack or Classical LPs = $5 a BOX • TONS of Film Soundtrack & Broadway LPs + CDs – MOST for a BUCK • Signed records • 100s of sealed/unopened LPs (Aretha, Troggs, Smiths) • BEATLES and more BEATLES LPs • African & world-music • Classical LPs $1 or LESS each! • Vintage punk, new wave & classic rock LPs • music books • videos • 7″ singles • PLUS, you’ll find CHRISTMAS Records to suit all of your holiday needs! 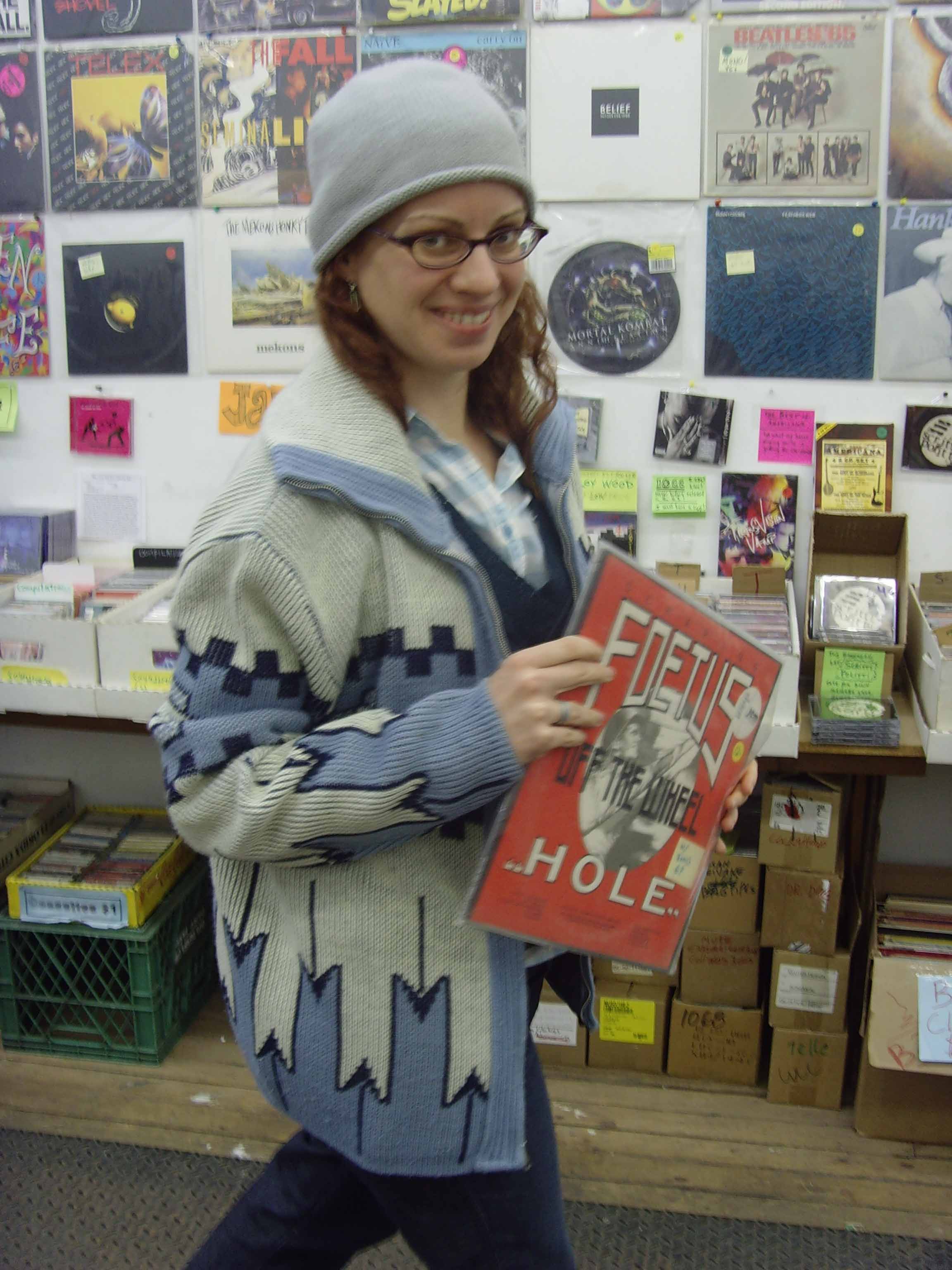 Here’s chilly Volunteer Jessica wearing one of our flea market sweaters and restocking a hot off the shelves Feotus On Your Breath LP. 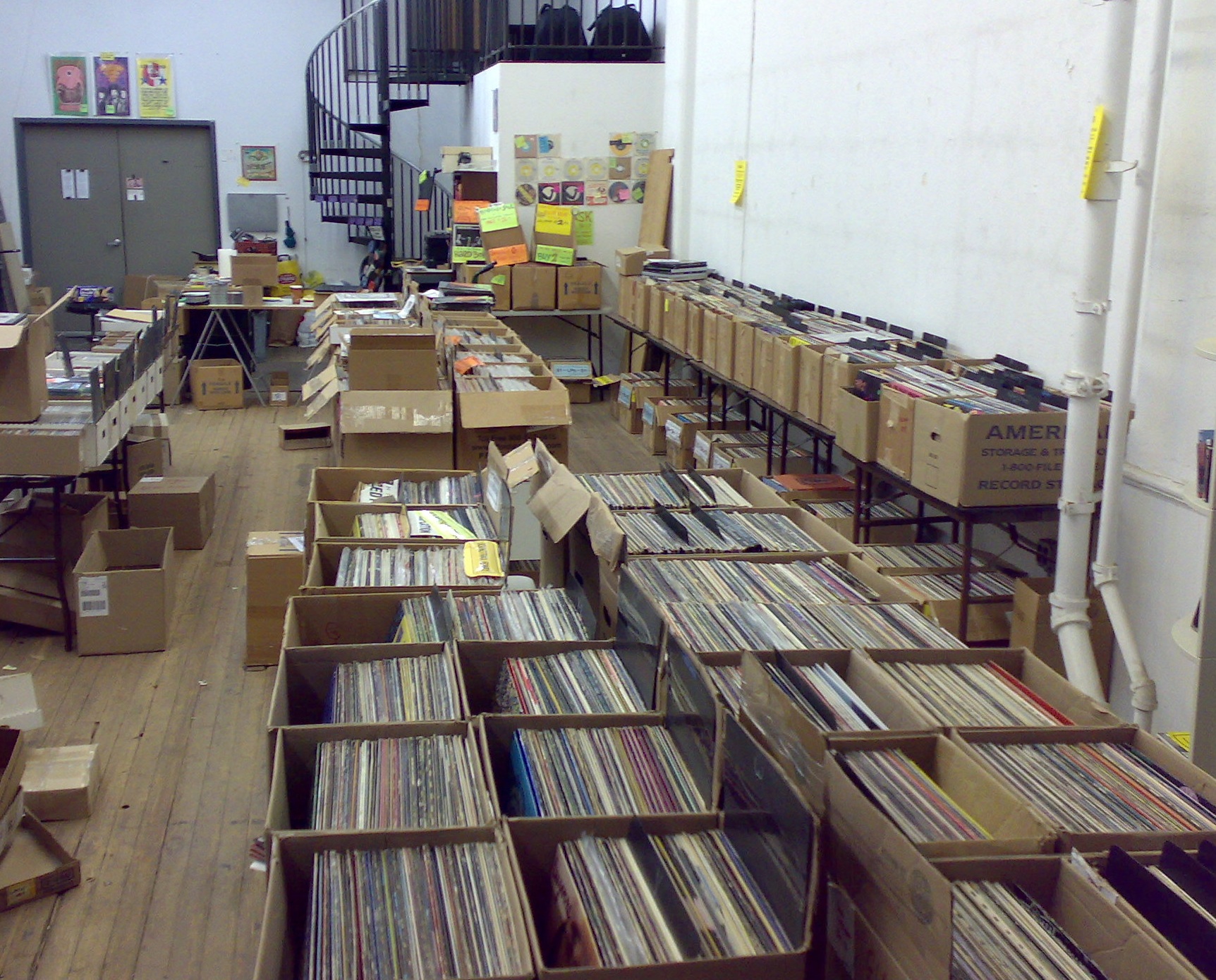 (Wow, look at all that stuff!)

There’s even stuff for the dis-en-vinyled out there at our Astroturf Yardsale of 50s kitchen stuff and clothing!!! THERE IS STUFF FOR LITERALLY EVERYONE! YOU GOTTA BE THERE!

(Don’t you just LOVE that Dress!)

Admission is free! You’ll find us at 54 White St, just three short blocks south of Canal, between Broadway & Church in Tribeca. Take the 1 train to Franklin, or any train to Canal.

Dues-paying members of the ARChive, were treated to a cocktail party on Thursday, December 6 (6-9 PM) and treated to the hillbilly sounds of Susquehanna Industrial Tool and Die Co. It was ballads, boogie and blues to all, and to all a good night! (BTW, members get to shop before the general public! If you’d like to JOIN, call 212-226-6967 for details.)

The ARChive of Contemporary Music’s Holiday Record & CD sale promises to be THE musical event of the season. It’s cheaper than downloading and the shopping is LOADS more fun, so spread the word and tell EVERYONE you know to be there!

EDIT 12-3: We got Dugg on Digg! Click here to have a look, let everyone know, Digg us up, whatever man!

EDIT 12-4: TONS and TONS of Rough Guide CDs arrived TODAY. Music from all around the world!