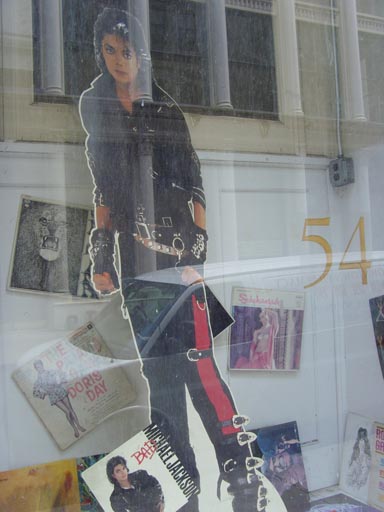 Well, the Summer Sale is over and was a great success.  Thanks to all who braved the rain and helped us out by carting off our wretched excess.  We’ve neglected the blog for a while, so here’s some recent things that caught our eye/ear.  And it’s more than the weather that has made me a bit cranky.

Midsummer Night Swing (a fine roster of entertainment from an organization that I boycott because of the segregation of a paying and not paying sections, non payers getting lousy sound) will feature our very own archivist – DJ: Phast Phreddie the Boogaloo Omnibus.  Fred will play the pony, twist and way funkier stuff, pre –mid + post The Chubby Checker set.   It’s this Wednesday, July 8, 2009 at 6:30.  Dance Lesson at 6:30, Live Music at 8:30, Damrosch Park, 62nd Street between Columbus and Amsterdam.  They don’t say it upfront (because they are ashamed) and they hide the single event price (pushing an $80 batch of tickets), but you can actually get on the dance floor for ONLY $15.

Other shocking news is that one of the best Rai singers is in the clink.   Reuters reports that Cheb Mami (Mohamed Khelifati ) got 5 years from a French court for trying to force his girlfriend to have an abortion.  It wasn’t just that he offered a strong polemic; it seems he had her kidnapped, drugged, and he and his henchmen attempted an amateur operation at the star’s villa in Algeria.   A light sentence if you ask me.

I‘ve often abandoned artists with reprehensible acts in their resumes.  Not that my vote counts, but if you shoot your wife in the head (Wm Burrohs) or seem ‘fascinated’ by fascism (any old Futurist), or that joining the Hitler Youth is good training for being the Pope, well, you lost me.

A speaking of the wrong person in a nice place, Prince is once again slated to perform at the Montreux Jazz Festival – the closing act no less.  What, they couldn’t book Hanna Montana?   That there is so little imagination left in this world is baffling.  Prince is but one of too many non-jazz acts, making the festival indistinguishable from all the other Euro summerfare.  Call me naïve, but I believe a jazz festival should book jazz artists. 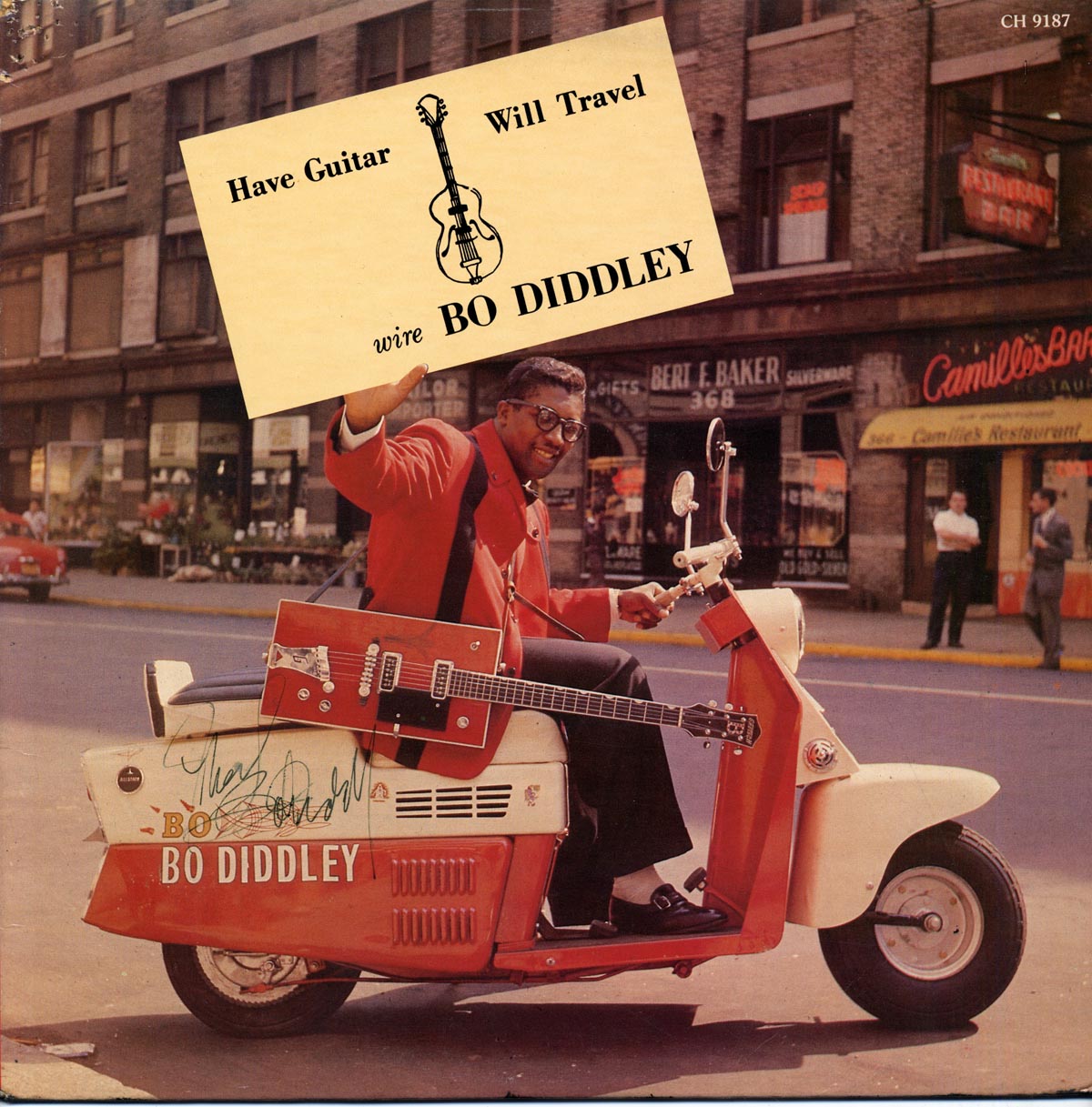 On the bright side, one donation during the sale brought in a signed copy of, Have Guitar Will Travel, by that world renowned jazz artist, Bo Diddley.  For youguns out there, the calling card and travelin’ theme on this LP comes from a late 50s-early 60s TV western “Have Gun Will Travel” starring Richard Boone.  His character, Paladin, was a mustachioed knight-errant, schizo-ing between tails and all-black westernwear.

Finally, I’m torn between my hatred of the lowest common denominator and corporate media rule, in an AP story of Disney having its lawsuit dismissed against the masterminds (?) behind the animated comedy (?) Family Guy, for their off-color parody of “When You Wish Upon A  Star” from Pinocchio, sung by Cliff Edwards (Ukulele Ike).  The only thing worse than a lame parody, it the protection of an imagined sacred source.

So in memorial, after you hit Forest Lawn for a MJ deathpeek, grab a uke and mosey over to visit Cliff Edwards at Pierce Brothers Valhalla Memorial Park in Burbank.  We have no idea where Vibe is buried, but it’s gone too… 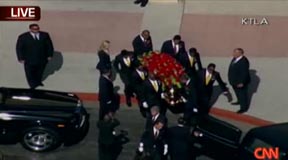