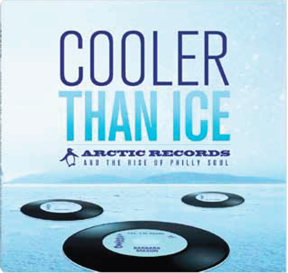 This year’s winter Members Only Party, a preview and a shindig held on the Thursday evening before the semi-annual Record and CD Sale kicks into full swing, was a very soulful event.  Frank Lipsius, whose father founded Jamie and Guyden Records in Philadelphia during the fifties, planned to have a celebration in honor of the release of COOLER THAN ICE: THE ARCTIC RECORDS STORY; a box set containing 6 CDs and 6 seven-inch records representing the complete singles output of Arctic Records, another Philadelphia record label, this one specializing in soul music and run by the radio DJ Jimmy Bishop during the sixties, but owned and distributed by Jamie/Guyden.  Arctic’s biggest hit was “Yes I’m Ready” by Barbara Mason; a Number 5 smash during the summer of 1965.  Also, Arctic was the launching pad for several star-destined artists, including Darryl Hall (Hall & Oates), who was a member of The Temptones; The Trammps (“Disco Inferno”), which included members of The Volcanos; and Kenny Gamble, who wrote songs and issued a couple singles on Arctic.

While the box set was not ready in time for the party, the party went on regardless.  And what a party!  Frank rented a bus in Philly and brought with him about fifty people associated with Arctic Records and the Philadelphia soul scene.  Those in attendance included several artists who recorded for Arctic, including members of the groups Honey & the Bees, The Tiffanys, The Temptones and The Royal Five.  Entertainment included three Arctic recording artists: The Volcanoes who sang their two Northern Soul favorites “Storm Warning” and “A Ladies Man;” Winfield Parker (below) with a stirring rendition of Sam Cooke’s “A Change Is Going to Come” and “Funky Party;” and Kenny Hamber (right) with a really great version of Otis Redding’s “These Arms of Mine.” 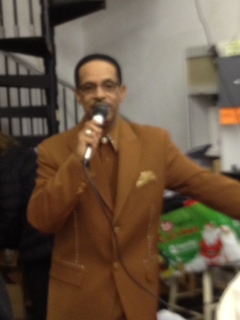 Although he had no release on Arctic, John Ellison (the lead singer/songwriter for The Soul Brothers Six) stole the show when he sang his most famous song, “Some Kind of Wonderful.”  Do not confuse this with The Drifters’s song (written by Carole King/Gerry Goffin) of the same title.  The Soul Brothers Six song, released on Atlantic Records, barely scraped the bottom of the Top 100 in 1967.  However, it was covered by Grand Funk Railroad in 1974 and was the Number 3 song in the land the following year.  The song has since been covered by the likes of Buddy Guy and Huey Lewis & the News.  After five singles for Atlantic, Ellison and The Soul Brothers Six recorded for Phil-L.A. of Soul, another record label owned by the good people at Jamie/Guyden, which makes Ellison part of the family. 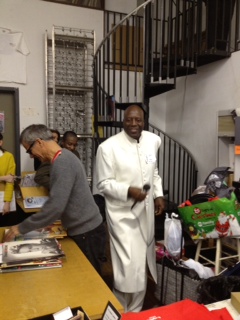 At the ARChive Members Only Party, Ellison looked striking, dressed in a long, white Nehru jacket.  Whereas the other acts sang along to tracks–karaoke style–Ellison sang a capella, with just handclaps and the many people in the room who knew the song singing back-up, making for a very memorable performance.  It was a tremendous performance by a great artist!

How will the ARChive top this at its Members Only Record & CD Sale Preview Party this summer?  Become a member and find out in June!!!

Of course you can join now and get an end-of-the-year tax write off, and help support the ARChive.

Or drop by the ARC during our sale and say hello…