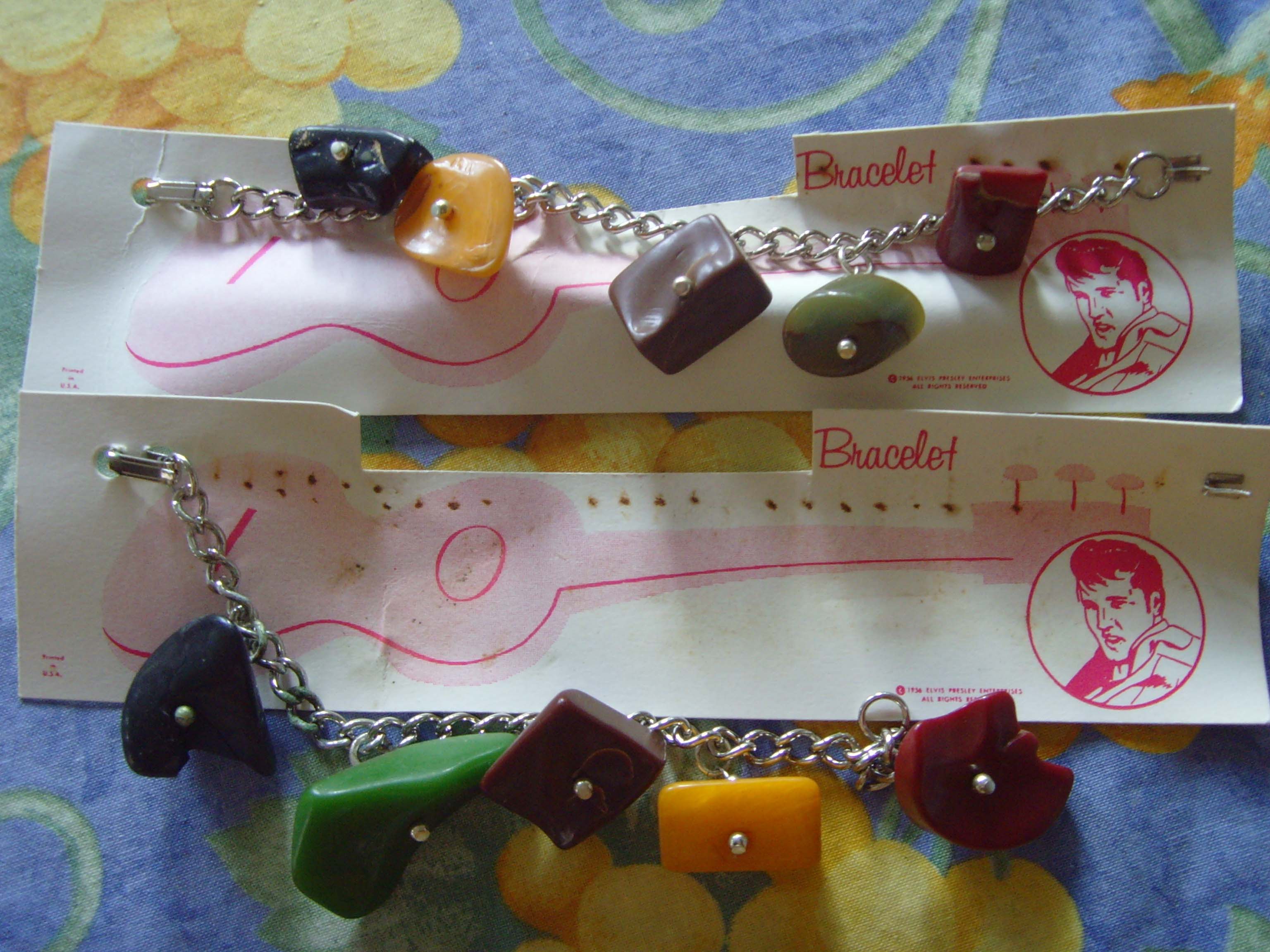 • We recently found four Elvis bracelets at a flea market. While the packaging looked right, the bracelets themselves seemed a little iffy. What did these rocks have to do with Elvis? The date is 1956. So maybe “Jailhouse Rocks?” Our pal the internet turned up pics of the backing card and a reason for the diecut. Seems these were originally ‘Dog Tag Bracelets” and those were the cut out words. So someone just attached available bracelets. I hope they are Bakelite and worth much more than any Elvii souvenir. Jon thinks they’re melted bits of old telephones. Regardless, it’s a reminder of how your career can be on the rocks even if you’re tombstoned; this April both Madonna and Mariah buried the King’s record (36) for the most number one singles on the Billboard charts.

• EMI announced today that they have a NEW CEO. Elio Leoni-Sceti comes direct from handling the Woolite and Lysol accounts at Reckitt Benckiser. Qualifications? He’s gonna clean up the music business 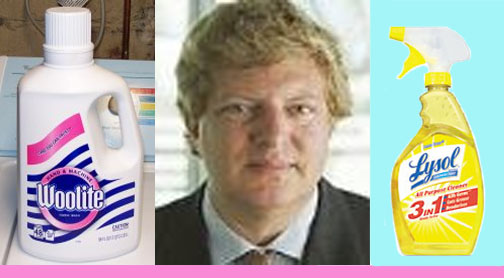 Leoni-Sceti says that if the Melvins can make an album called “Lysol,” HE could run a record company!

By the way Reckitt Benckiser refused to give permission for Melvins to use the name, “Lysol” and our copy has black tape over the title. Yep, the right guy for the job.

• Q : Reporters asked A-Rod how he kept so fit, and commented that his unbelievable condition must have a lot to do with diet. Then they asked what was the most harmful thing he’s ever eaten?

• As you may know we are putting together the NYMIA (launch in the fall) a webthing that will host info on all musical artists and music related businesses in New York. PROOF that it’s worth doing, and the wealth of talent lurking in the concrete underbelly of the Empire State, is the band, Tragedy, who do a metal tribute to the Bee Gees. Recently, Jon and Dan came across their MySpace page. Turns out, they’re taking the soft summer hits of the 1970s and making them very, very metal. Few remember, and this tribute does not help, that the B Boys (ARC has 72 of their releases from around the world) were an experimental band at launch – B. would play them right along Pearls before Swine and the Fugs. Rehear “Bee Gees’ 1st” and see why.

• Rell talk: Dan and Jon have taken John Hodgman’s course on hobo names twice now, and can be properly considered experts in the field. If you’re looking to find names for unidentified hobos mentioned in recordings by the likes of Whale, Jimmy Smith, Gene Autry, Karen & Cubby and John Lee Hooker, Jon and Dan are your guys. Yeeeeah! So, now what? Standby…

• We’ve been doing a lot of scans for the new Grammy Hall of Fame going up in LA. Well, after a while it gets kinda boring. But we did zoom in on a Cream LP to pull this exciting screen saver. Your’s for the taking 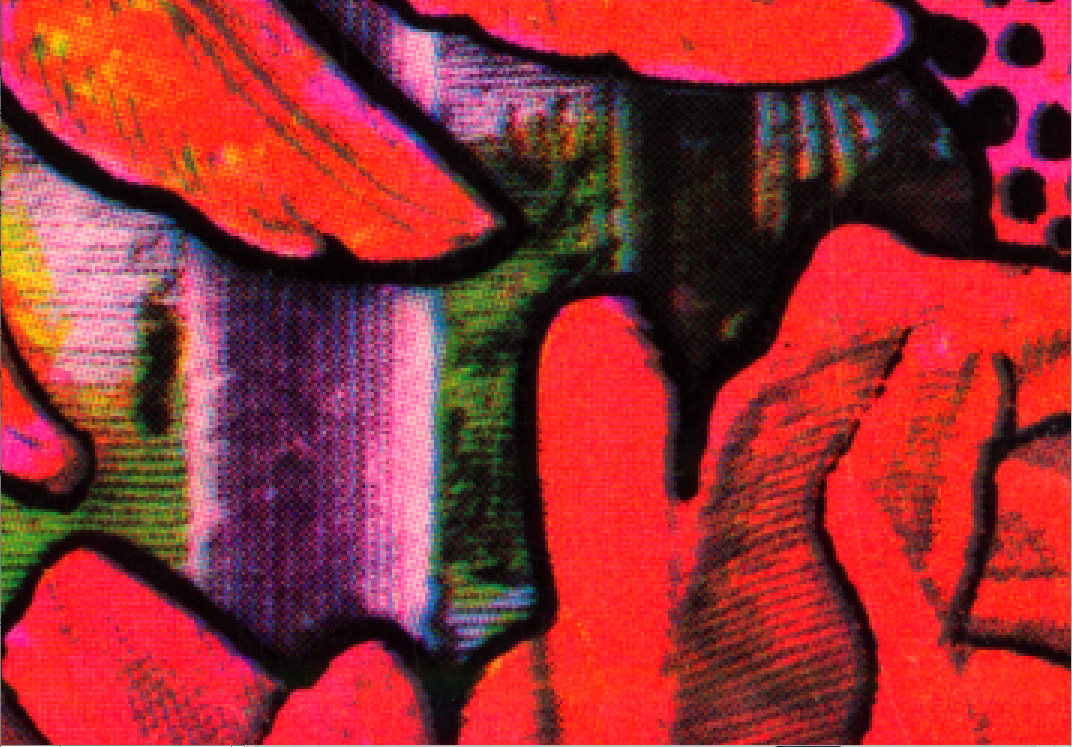 And finally, if you are one of the few who have not taken the time to hava look at the “Dancing” video on U-tub [sic] please do so. It is an an example of the good that companies do, in this case a chewing gum concern, oft lives after them. An simple idea taken to the heights.