home » blog » The Boys in the Backroom 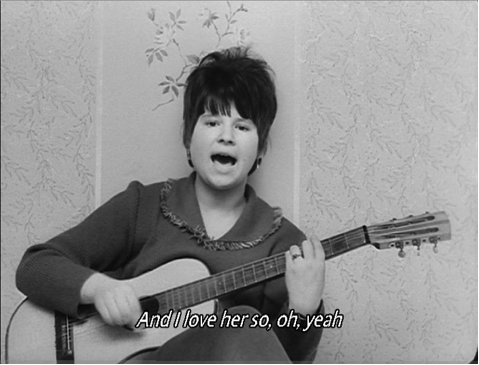 Every year there is a major music industry trivia contest organized by Rich Appel up at Sony, and a cast of indefatigable characters in-and-out of the music industry. They have a lot of fun and the event raises money for good causes.

This year ARC’s B. George combined his “hobby” of watching films with his “job” of watching films with music in them. The result was a handful of movie related music questions to stump the very savvy trivia teams. Our category, “The Boys in the Backroom,” revolved around famous bands and performers lurking in shadows of the reel stars, adding local color to a pile of mostly drab films.

Hare the questions we sent along and our estimate of how hard they were. Care to try your luck? – but no cheating or googling or watching films allowed!

The Boys in the Backroom

• The irreverent Dogma (1999) gave the job of God to a young woman singer, who, thank God, kept mum and amplified the theme of her best known song.

• Hippie lifestyle is given the Hollywood treatment in You Are What You Eat (1968). Behind the scenes was producer Peter Yarrow and way out front was the Dickensesque ukulele strumming falsetto named
Difficulty : 1

• Natalie Portman’s character in Garden State (2004) raves that .”.. you gotta hear this song. It’ll change your life.” The Band and the song are?
Difficulty : 2

• Wild in the Streets (1968) tell the story of a political youth rebellion, where 14 year olds earn the right to vote. Leading the rallies is the band Max Frost and the Troupers, and the Black actor playing Stanley X, the drummer in the band, is…..
Difficulty : 3

• Elmer Gantry (1960) provided a behind-the-scenes peek at revivalist religion – equal parts circus, business plan and grass-roots mass hypnosis. Many on-screen revival meetings led off with a song, and the blond and bland 50s pop chanteuse leading the band was…
Difficulty : 3

• Get Yourself a College Girl’s (1964) slim plot revolved around an Ivy League undergrad in trouble for penning pop songs. Nevertheless, some leading pop starts of the era show up and matriculate! Name at least ONE band or artist…
Difficulty : 3

• Overworked surfing themes forced Hollywood’s creative genius onto the slopes to give us Ski Party (1965) And the most unlikely Southern soul singer ever to don a Norwegian sweater was…
Difficulty : 3

• In The Girl Can’t Help It (1956), a rarely filmed group throws off their hats to start off their rockin’ set – and they are?
Difficulty : 4

• In Bunny Lake is Missing (1965) which rockers hover ominously in a few scenes, in the background on the telle?
Difficulty : 5

• In the British film Scandal (1989), The Pet Shop Boys wrote the theme and Dusty Springfield sang it. But lurking in the sheets was a young man who just drove at least one of the girls crazy. In real life he was the lead singer in the band…
Difficulty : 5

• Beat Girl, (1960) an early British ‘youth’ movie featured Adam Faith and a swingin’ score by a cool jazz seven piece. Well not exactly in the backroom, this older leader of the band in the basement, and at the strip club across the street, really bonded with the kids. This future multi – Grammy and Oscar winning composer and performer is …
Difficulty : 5

• Which San Fran based artist is seen singing at the Benefit Party in the opening scene of Richard Lester’s very British, very horrid film, Petulia (1968).
Difficulty : 7

NOTE : Even weirder was recruiting members of the Grateful Dead to carry Julie Christie’s stretcher after an overdose!

• Noir classic Criss Cross (1949) features Burt Lancaster and Yvonne De Carlo dancing a little too much and too close to the flute playing of Latin band leader?
Difficulty : 10

NOTE : A very young and uncredited Tony Curtis is also on the dancefloor

• In Destry Rides Again (1939), Marlene Dietrich sings. “See What the Boys In the Back Room Will Have”. Well those boys are playing up a storm, led by which fiddlin’ cowboy?
Difficulty : 10