Every few months or so we unearth the greatest record cover we’ve ever seen.   Here’s the latest, “Buonumore e Canzoni,”  by Neapolitan singer/actor Gino Maringola.  It arrived by mail with about 60 other Italian 45s and 78s last week.

Thanks to the Costantini family for these treasures and a bit of history.  They noted,  “My cousin, who lives in the Bronx, found them while moving. She says they probably belonged to her dad, and our common grandfather.  Her dad, Eugenio Costantini, came to the States after WWII from the province of Abruzzo in central italy. He lived in Parkchester in the Bronx and worked as a stonemason.  Our grandfather, Giuseppe Costantini, emigrated from Abruzzo to America in 1901 as a teenage apprentice tailor, moving back and forth [to Italy] and finally brought his family here in 1928. He also lived in Parkchester, became a pattern-maker in the ladies garment industry, and was a member of the ILGWU. He retired back to Rapino, his hometown in Abruzzo, in 1947 and died there at the age of 90.” 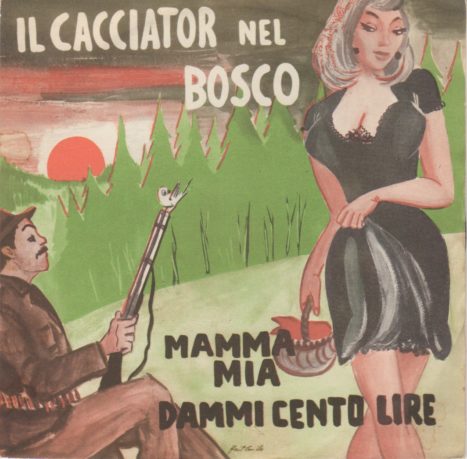 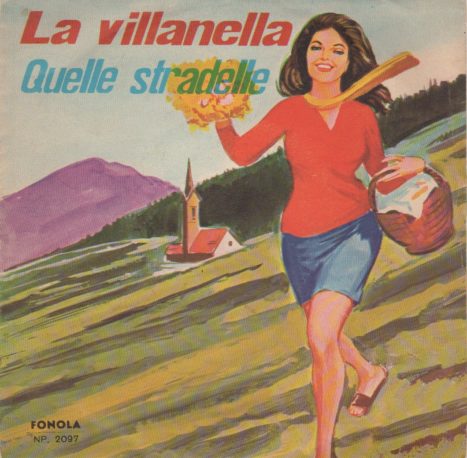 Italian graphics on these 50s – 60s discs still offer the cliches of the times, as busty, lusty peasant girls stroll through rural landscapes. Is there meaning in an exploding rifle nestled in the crotch of the onlooking hunter as the come-hither prey exclaims, “Give me 100 lire?” 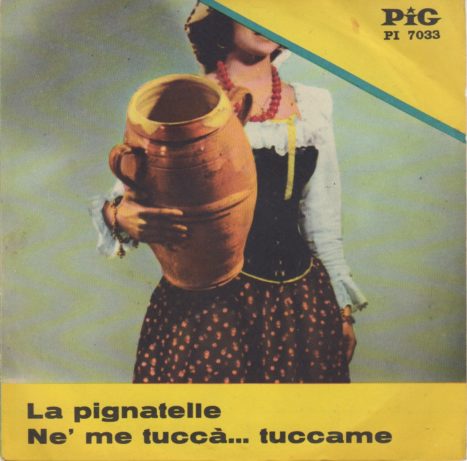 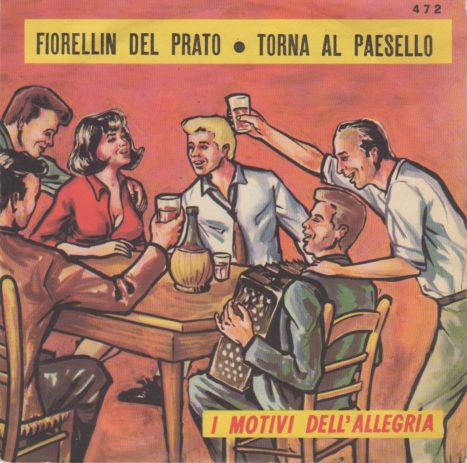 An open vessel, an open blouse, the going price, a basket full of fun, one bella ragazza and a table full of men. Oh, those full-blooded Italians. As the donor noted, “I assume these records were typical of the music favored by some Italian immigrants who retained close ties to the old country.”   Yep, they’re mostly jaunty, accordion led, sing-songy discs, like that best-ever sleeves says, “Buonumore e Canzoni” meaning, sorta, “Good Mood Songs.”

As a bonus we also got an advertising bag from the now-defunct store in Little Italy, NYC, (address now a Condo) where the records were originally purchased. 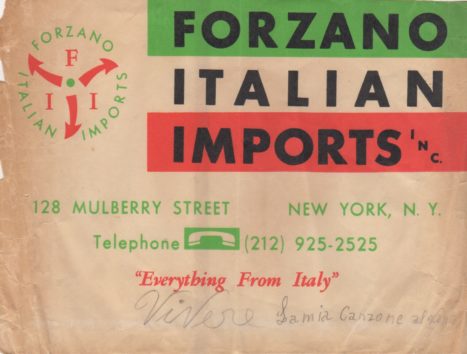 So go back to the top of the page and have another look at the Greatest Cover We’ve Ever Seen… until the next one comes along.