home » blog » The Making of a Governor 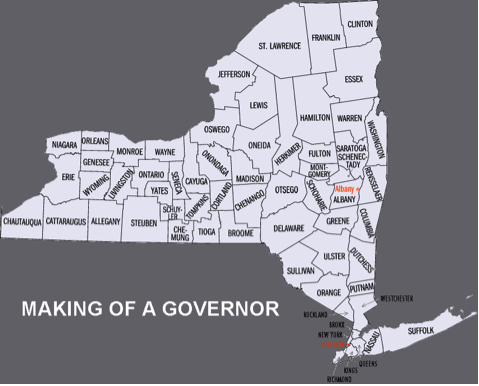 In January of ’07, ARC was asked to create the soundtrack to accompany the exhibit “Making of a Governor” that would also be played at the New York City reception for the new Governor of New York, Eliot Spitzer, at Vanderbilt Hall in Grand Central Station.  The trick was to find interesting songs about places in the state without using the all too familiar New York City canon.  All-in-all we created a database of over 800 NY songs, pulling some of our favorites to make the final tape.

One great clip that we didn’t use was the opening chat to Dillinger’s “Cocaine” (“How do you spell New York?” …”A knife, a fork, a bottle and a cork.”)  The fear was that somehow, someone might associate the Gov. with endorsing drug use!  Equally surprising was a total bewilderment by every NY store we checked for any Johnny C CDs, and that literally no one working these stores had ever heard of him.  When youth and ignorance unite, a mighty nation make.  Here’s the webthing and here’s the playlist.