home » blog » The Whole World In His Hands

Watching the Dems wonderful halftime show in the stadium last night there was a little aside that was fascinating.  The starting point was the anniversary of Martin Luther King Jr’s “I Have A Dream” speech in Washington DC.   Margaret Warner, a  PBS commentator, is married to John R. Reilly, former Chairman of the Federal Trade Commission during the Kennedy admin., and chief strategists in the 1984 presidential campaign of Walter F. Mondale.  It turns out that the government was a bit worried about criticism, as well as inflammatory rhetoric stirring up the crowd and maybe leading to violence on August 28, 1963.

So Reilly’s job was to play Mahalia Jackson’s “He Has the Whole World In His Hands” at the first sign of any messy free speech he found objectionable.  He could override the soundsystem and blast the song when necessary. 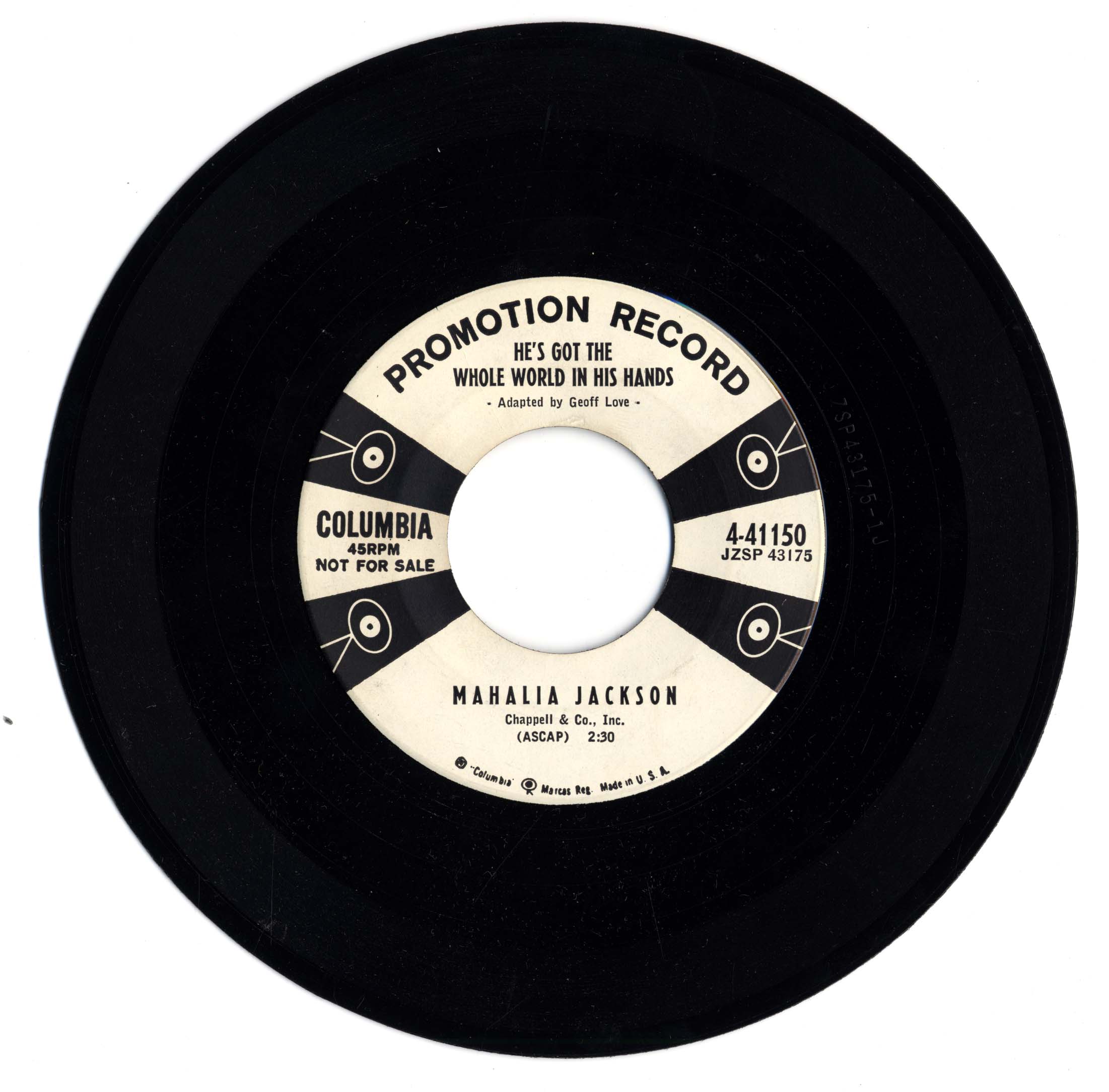 So how did this work?  Was he huddled behind the masses, or the second Doric column to the left, or maybe behind Mr. Lincoln himself, with a trembling hand on the tonearm, ever-ready to needle drop?  45 or LP version?  Was the song on tape?  Did he yearn to sing, “He’s got everybody here in His hands”?  Did he know the song did not emerge from the  African-American spiritual tradition, but was written by Obie Philpot, an American Indian?  Was there a royalty agreement in place?

It’s a mystery to me and off the online radar.  We know Marian Anderson sang the song live at the rally, so maybe it was her version at the ready?   And Mahalia heself sang  “I Been ‘Buked and I Been Scorned,” right before Dr. King gave his speech.   We sent Margaret Warner an inquiry and maybe we can find out some more details on how petty, how primitive, how hands-on the most powerful nation on earth can be.