Tis the Season. This time of year every night is party night in the city.

Tuesday it was The Gish Prize ceremony for Laurie Anderson. The event began with a short piano solo by Phil Glass, lots of nice words and some new-fashioned story tellin’ by LA. One bonus was the reunion of all of us who had worked on ‘O Superman,’ Laurie’s breakthrough single from 1981, the first time we had all been together in years. Lou Reed snapped photos like the proud partner he is, and I had a chance to speak with another old pal, Meredith Monk. For Laurie is was a well-deserved honor and a very nice evening for everyone.

Wednesday it was up to the Whitney for the Lawrence Weiner opening. Lawrence has been a good friend of the ARC, making sure we have all of his recordings/sound art pieces. 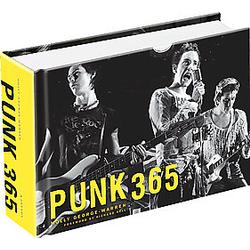 On Thursday I walked through the Lower East side (shockingly shinny boogie all of a sudden) for the launch party of Punk 365 at Manitoba’s bar. That’s Handsome Dick Manitoba of the Dictators, and the book is by longtime ARC pal, Holly George Warren. Thick as a brick, this swell book offers little known photography, gritty + pretty, of America’s last iconic rock movement that will keep you occupied, well, for at least a year. A good time was had by all, despite the petty support from publisher Abram’s, who offered a cash bar and asked Holly to bring the snacks! Even the ARC offers its supporters a free drink now and then. 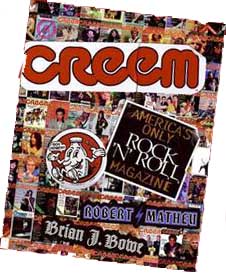 Next it was off to unashamedly boogie Soho for the Creem book launch at the John Varvatos shop. If everyone at Manitoba’s was dark, and wrinkled and long in the tooth, the Creem crowd had a born yesterday look, taller, dapper, thinner. I had gone to school in Ann Arbor during the original Creem-Detroit-garage era, and written a short-lived column, ‘Attic Cuts,’ during one of its revivals in the late 80s. Book authors and mag founders signed my copy and everyone was given an Iggy Live in Detroit DVD. Sadly, it seemed as if the designer had never seen an early edition of Creem, as it made it look more like Hit Parader. At least the drinks flowed freely and food was plentiful. I guess Harper Collins likes its authors.

Among the flotsam was some genuine jetsam; Phillip Seymour Hoffman (lost some weight) was there and I nearly touched Paris Hilton (gained a little) while reaching for the multicolored Jello shots covered in Boy Howdy whipped Creem. Now, if only Lester Bangs had showed up to trash the place…

TGIF when no one in NY goes out.