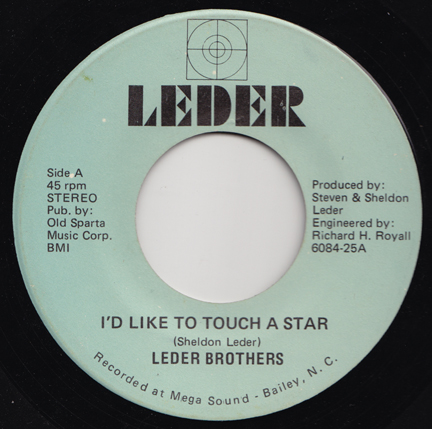 There has been a recent thread on the ARSClist, (Association for Recorded Sound Collections – record collectors, audio professionals, music librarians, archivists and enthusiasts) concerning the nature and origin of paid screamers at pop and rock concerts.  Anyway, fascinating inside dope about authenticity and hype from the people who were there, along with the usual wild speculation.   So THAT reminded me of longtime pal and ARC donor Lois Weiss.

Now Lois was not always the respectable ‘Between the Bricks’ columnist for the NY Post.  She fist came to us as the donor of a large collection of music memorabilia from her days as a member of the Joshua Light Show, the house freaks who spattered the walls of the Fillmore East in the 60s.  I remembered that Lois one told me she was a paid ‘screamer’ and she wrote…

“We were probably in eighth grade circa 1964 and the New York World’s Fair was on in Flushing Meadow Park.  That old New York State Pavilion you see from the highway and in Men in Black was part of it.  But this took place in an old stage behind a pool.”

“Anyway, Ken wanted to know if we would go out to the World’s Fair site and hand out fliers and then see acts and scream. So of course we said Yes!”

“The night before, maybe six or seven of us or more slept over at one of the girl’s homes in Queens and low and behold, I believe it was either that Friday night or Saturday morning, we got the passes to the fair delivered to the house. That was a miracle because it was a Special Delivery and No One got special delivery. (we also spent the night making collect, person to person calls to the various Beatles in London on the set of their movie.. Hard Day’s Night perhaps? The operators were all really into it and tried very hard to get us

“We went to the fair and handed out fliers and then the act was Peter & Gordon.  Peter Asher was Paul McCartney’s girlfriend Jane Asher’s brother, so that was a huge deal to us.  We got brought backstage later and also got to meet them. Peter gave me his purple knotted cufflink which was also a big deal. If you don’t have it, I still do.”

Here is a really cool post I found about that date:

Now frankly, I don’t remember running into the pool that date but maybe some of my friends did.

“I may be getting the order mixed up but the next week or so was Billy J. Kramer and the Dakotas so we also got to scream for them.  The grand finale, believe it or not, was to go and see the Rolling Stones

there and not only scream, but at the end, take a plunge into the pool that separated the audience from the act and try to get up on stage.”

“Well, there had to be something big we had to do that day — a Saturday.  test? — because none of us got to do it. but I did see it on television that night so certainly, Ken Kendall managed to scrounge up some other girls.”

So I’m fascinated by this tail of music biz workings, but more the idea of “touching the Stars”  So look for a new blog soon about Minor Characters ( title of a lovely book by Joyce Johnson)  about us ordinary people with extraordinary encounters with the then, sometimes, one-time famous or celebrated.  I’ll relate the night I danced with Grace Jones AND Diana Ross, or maybe how I knocked over two celebrities, quite by accident of course, in the same week, or my Grandma Nabrezney (ran in the papers) shaking hands with Spiro Agnew, or for unreleated friends, having dinner in Amaganset, who all had an encounter with Anthony Quine, the week before.  Whew!  Such fun.

Oh, I forgot, join the ARC, come to our sale, and think about your favorite Touch the Stars story.

Thanks to the great folks and old friends who are donating treats the night of the PARTY for ARC members on Thursday evening June 7!   Brooklyn’s Bonnie’s Grill (hotwings + beer). Tribeca’s Bubble Lounge (champagne), and our newest supporter  Hudson Clearwater Restaurant (food platter)   Krrb is your host for the evening, a local classified startup. Do visit:  Krrb.com

You can Join the ARC and attend our party online on PAYPAL or by calling us!