home » blog » We’re More “Experienced” Than Ever Before…

Besides having a satisfyingly psychedelic cover this album offers 8 songs from the original 1967 Reprise release, and 3 different ones; “Red House,” “Can You See Me” and “Remember.”  Oddly, three cuts on the original US release sure to thrill any young Frenchie, are not included here, “Purple Haze,” “Hey Joe,” and “The Wind Cries Mary.”

By the way, other “Experience” iterations, all never played, also included in this magnificent collection include:

Here’s a look at some of the Hendrix recordings recently donated! 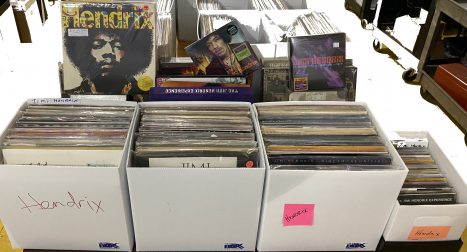