home » blog » When You Loose Your Marbles…

The IASA conference (International Association of Sound and Audiovisual Archives) wound up today here in Athens and two of the final sessions got to the heart of what is going on in the field. One room touted music minus 1, that one being people. Maybe a bit harsh, but hoards of companies and schools are developing software extorting algorithms, extraction strategies, automated annotation tools, Zipf’s Law, mood sensors, music fingerprinting, and possibly gog and magog as timesaving devices. In the other room, the peaceable kingdom pointing out lost heritages, indigenous peoples music, and detective work through a variety of diasporas – that preceding clever software that will certainly not survive the decade, is at least a half century of at-risk music culture. Its not that you have to choose sides, and I’m all for smart people with shinny new software. It just seems like having to rinse dishes before you put them in the dishwasher. 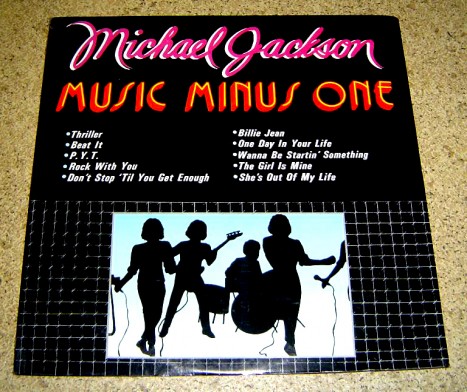 For a better was to clean a plate, a new friend Chris, who runs a music studio here, took a carload of us out to his favorite taverna for mezes. This is like tapas, shared plates Greek stylee. Small fishes – sardines, anchovies, smelts, were prepared a variety of ways, drowning in olive oil, raw, sauced or lightly fried. Many salads and a new one on me, saganaki, a 45-sized square of fried cheese. Someone suggested that a third serving of octopus wouldn’t hurt.

Now these someones were from a whole lot of somewheres -two ladies from Mexico, an engineer from the UK, Chris the Greek, Carlos from Brazil, Javos from Israel and me amerikanski. Exactly the lineup you want at a conference, and certainly one that made for an enjoyable five hour dinner.

One nice thing offered by the confab was a series of local tours to music related Athen’s orgs. As guests we were given some CDs, and a few music books, and forced to go to roofgardens to chat, snack and hava a little wine. (note: build roofgarden at ARC). Visits were to three centers in the Plaka: The Folklore Archive and the National Music Collection of the Academy of Athens, The Museum of Greek Folk Instruments =1200 instruments and The Institute for Research on Music & Acoustics (IEMA) / Music Documentation Centre.

Ar the Folklore Center I saw wonderful folk art birds that were twirled, and made a bit of noise from bells when the Swallow Song was sung, and saw the enormity of their task at this archive, when songs came in with Byzantine notation. 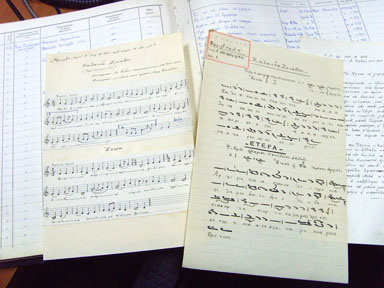 I returned later to the Musical Instrument Museum. Here I got the incredible book that I passed up the closing diner for (both about $100), on greek instruments. Pricey, but clearly it will vanish when sold out. The museum store bargained, and we sealed deal with two shots of a clear resin liquor. All shops should do this.

With my first free afternoon in a week I climbed the highest hill in Athens, Lycabettus, to visit, what else, St George’s Monastery. Worth the effort with spectacular views of the city, the sea, and the overwhelming smell of pine and sage with every step. Uh, a lot of steps. 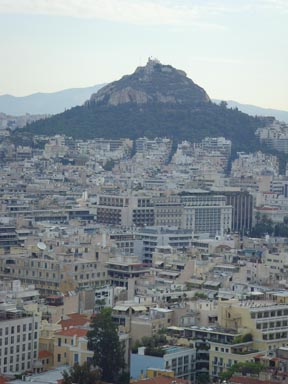 After endless heavenly weather, I visited the Acropolis with a threat of rain. Up at dawn, Orion outside my balcony (reminds me – buy new belt) arrived in sun with clouds looming, nary a tourist in sight, but hoards from tour ships and buses on the horizon. In fact hiking the main path I was the only one afoot. And it was, miraculously, National Monument Day and everything was free. I remember visiting in 1983 and how you just followed the crowd to find your way.

Anyway a leisurly visit, and then to the spectacular new Acropolis Museum, just opened this summer. The entire top floor of the exhibit is a lifesize shell of the Parthenon, with all the existing original pieces in their proper place, plaster copies when known, with the real thing almost at eye level outside the window. Much of the floors are transparent, making you woosy, but able to peer down at all the archeological sites discover while they were building the museum. Truely amazing, and so beautifully done. Of course you notice what’s missing from the Parthenon, which brings us back to the conference.

Authenticity, quality, preservation best practices, and migration are major concerns of archivists, and were endlessly, rightly addressed here in Athens. But up on the hill is evidence of the challenges and proofs that something, anything is better than nothing. The sketches of J. Carrey are the major source for much of what we now know about the Parthenon’s sculptures, he being an amature fascinated in the late 17th c. Then illegal downloader, Lord Elgin, pirated away a trove of marble that would have never survived the Taliban of its day, the Church. Other righteous hoards pecked away at imagery and the ideas they represented. So we are left with a vague overview and some cold copies mostly. What’s left references the original magnificence, and while not enough, pays tribute to the value of endless copying, and those with more passion than permission.

In the future we will only know about these recordings, when they excavate this shop in Monastiraki, sometime around 3012. 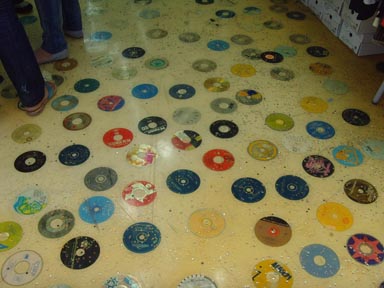 Speaking of tripe it was off to the meat market yesterday for a worker’s stew, and later that evening to the suburbs for a heavenly meal at Metohi, featuring kabob-less cooking from the island of Limnos. Internet broken at hotel, so I’m on the street using some office worker’s connection. Later today off to Amman Jordan to jumpstart the Muslim Music Crash Course. More soon.