We’re back at work here @ the ARC, but it was a wild windy week, as the neighborhood braced for the hurricane (look caution is one thing, but you don’t tell people to evacuate by 5, and close the subways at noon!).  Here’s a local Tribeca restaurant that made bondage seem, well, safe. 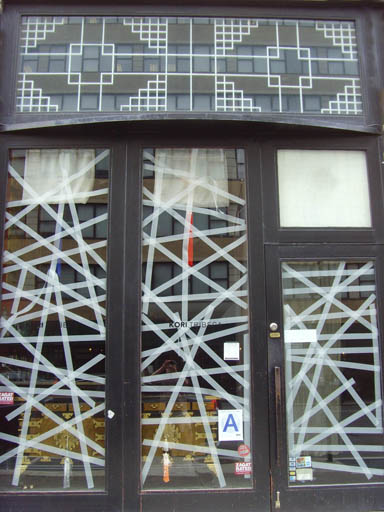 Later, out of nowhere, there came a holy grail of collecting, as at a flea market upstate, south of the flooding and north of a religious experience, I found…. 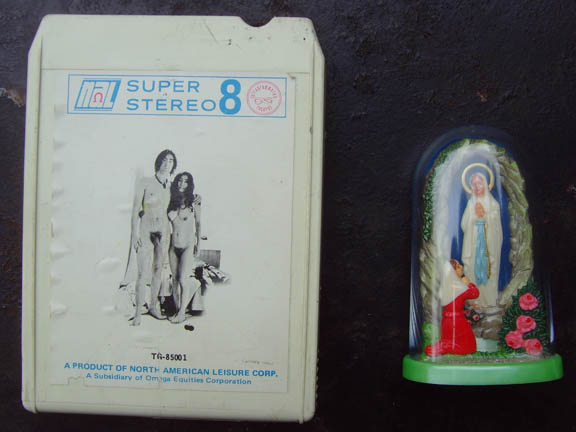 Can you imagine this for sale at a truck stop?  “Hey, gimme one of those Hank Williams 8 tracks, and uh, maybe a Skeeter Davis, and, yea, that there Two Virgins will rock the BeJusus outa the big rig.”  Miraculously, the same dealer was selling some religious snow domes, so I sez, “Make that three Virgins…”

What’s that smell: monkey?  burning hair?  bacterial toxin botulin?   In my world the trucker hangs a handful of these on the rear view, blissfully humming “Two Virgins No. 3”  into Tucson.   All I know is I only bought two things this weekend, and well, I could shop forever and a day and not do better. 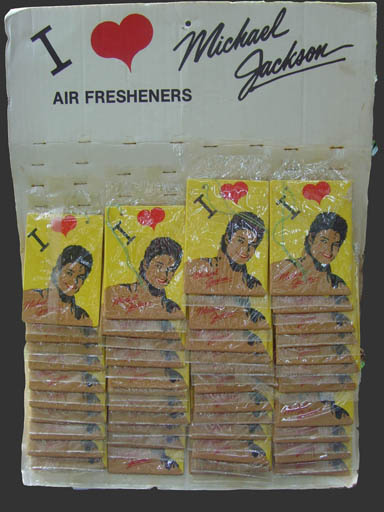