On Monday night, B.George and ARC Board of Trustee Chair Amy Larkin attended the annual Vilcek Awards Gala.  Each year the Vilcek Foundation honors achievements in bioscience and one of the arts, this year music.  I was one of the jurors awarding this prestigious prize in music, and this years winner was Yo-Yo Ma. 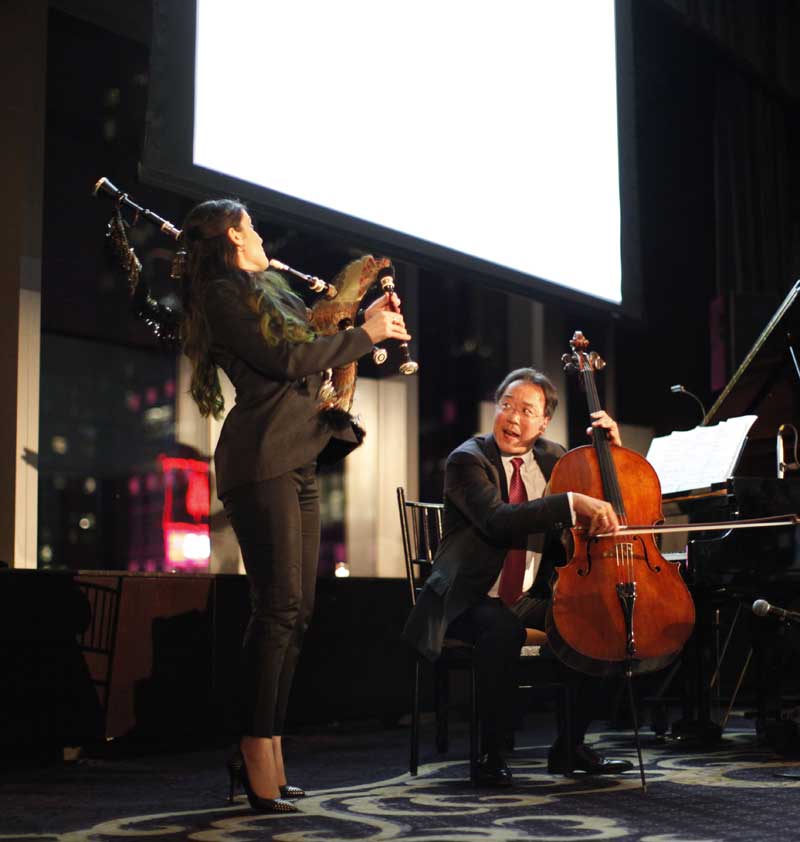 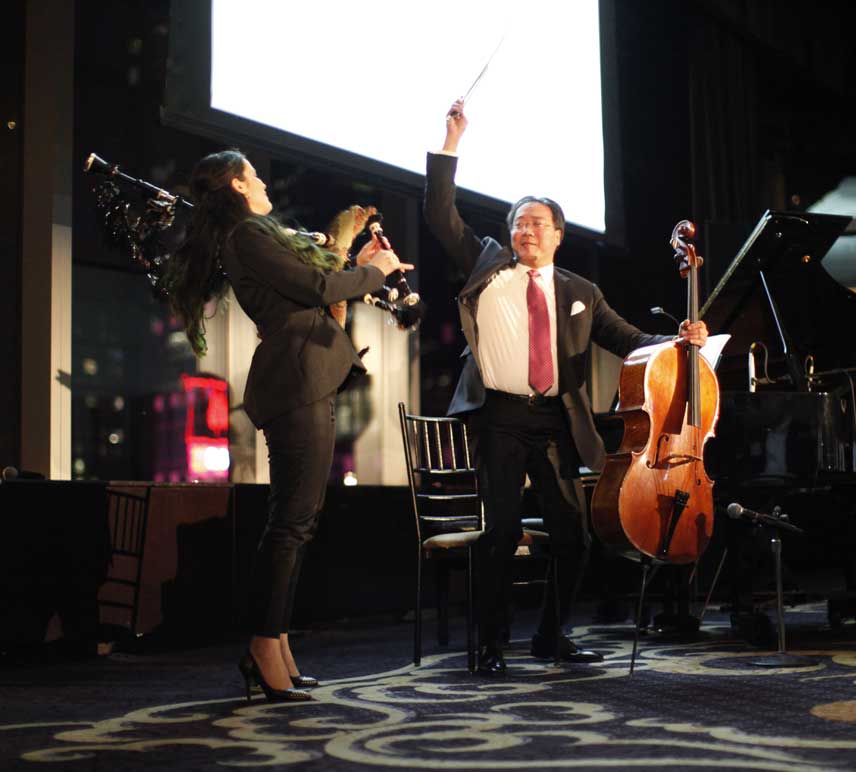 The above is a shot of Yo-Yo (so much fun to say) performing with Cristina Pato on the bagpipe after performing a short piece by Dvorak, in honor the Vilcek’s native Czechoslovakia (now Slovakia).  It shows the joy Mr. Ma brings to all his performances and illustrates the boundless range of his interests.

Beyond excellence, the award honors foreign-born Americans and residents, one way that the Vilcek’s recognize this welcoming country that allowed them to prosper.  Quite rightly the evening offered many reminders that this legacy is in jeopardy, as unwarranted fear worms it’s way into public policy, as it has many times in the past.  After all I’m a second generation American, and former Georgescu, who’s grandfather jumped ship off the coast of Texas to build a new life. 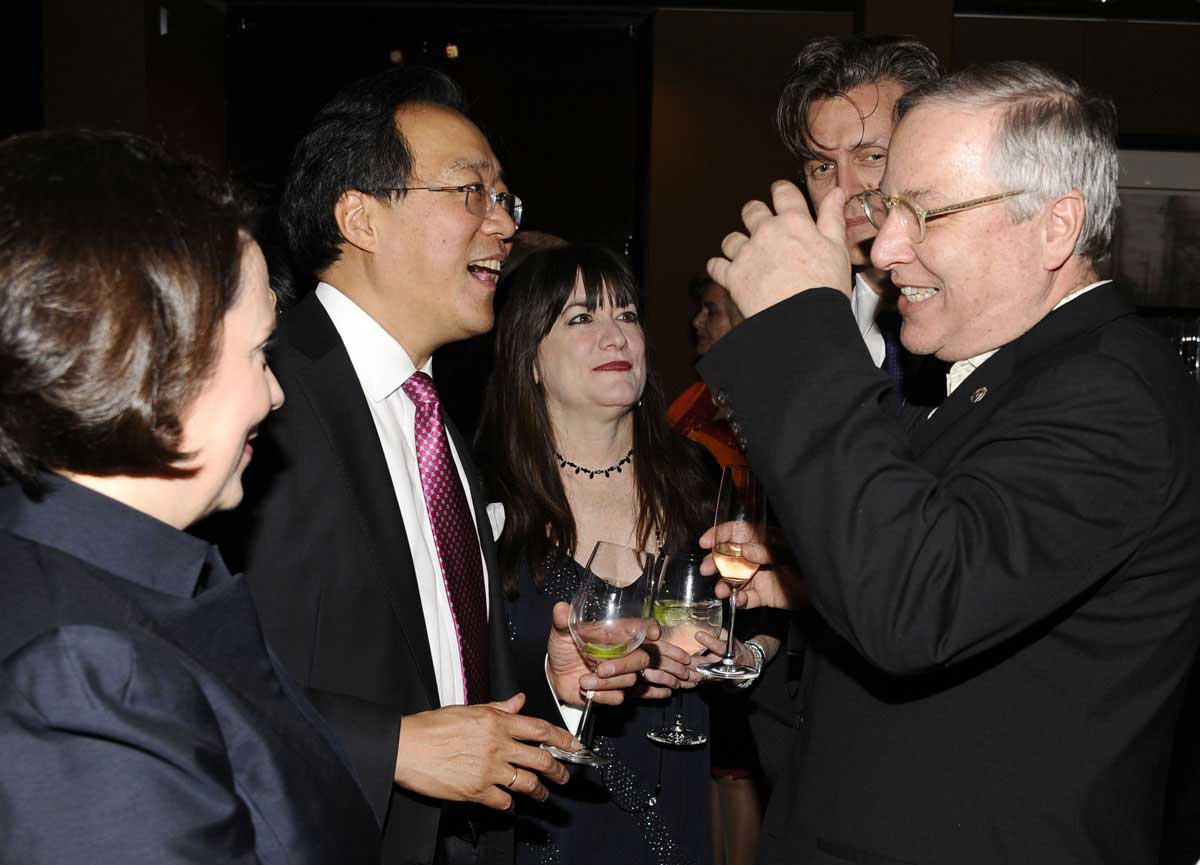 I must say this was one of the sweetest parties I been to in years.  Maybe it was the peculiar mix of musicians and scientists, but regardless, everyone chatted freely and effortlessly, guided from guest to guest by our gracious hosts, Marica and Jan Vilcek.

Congratulation to all the recipients, and to the Vilcek Foundation for their vision and focus.