Few inventions are as useful or as elegantly simple as the “centering device for phonographic records” or put more plainly, the 45 adaptor. We have upwards of 200,000 45s here at the ARChive, and since people often just left them in their 45s, we have accumulated a rather nice collection of these little wafers over the years. What follows is a little gallery of a few that I could put my hands on quickly.

Let’s start, though, where everyone else does, the Wikipedia entry for “Gramophone Record.” It gets into RCA’s development and 1949 release of the 45. It says the following about the adaptor:

RCA 45s were […] adapted to the smaller spindle of an LP player with a plastic snap-in insert known as a “spider”. These inserts, commissioned by RCA president David Sarnoff and invented by Thomas Hutchison, were prevalent starting in the 1960s, selling in the tens of millions per year during the 45’s heyday.

This may or may not be true – I cannot find any evidence to support the claim. Given the competition between vinyl formats in the late 1940s, it seems odd that RCA would have marketed a product that essentially encouraged record collectors to buy anything other than RCA-made turntables. (Who else was manufacturing 45rpm turntables at that time, anyway?) Wikipedia’s dates seem a bit off as well – a little late.

Below left is what I think was probably the first record adaptor made and marketed in the US (click on the image for a larger view). It was invented by Frank A. Jansen (the patent, #2585622, was applied for in 1949 and issued in 1952) and marketed by the Webster-Chicago Corporation. (The reverse side reads “Patent Applied For.) On the right is the “Snap-It” from the Kay Music Co. of New York. It says “Pat. Pend.” but I could not find its patent (however, patent #2693364, filed in 1950, issued 1954 for an adaptor invented by Norman Chalfin might be related – I can’t really say): 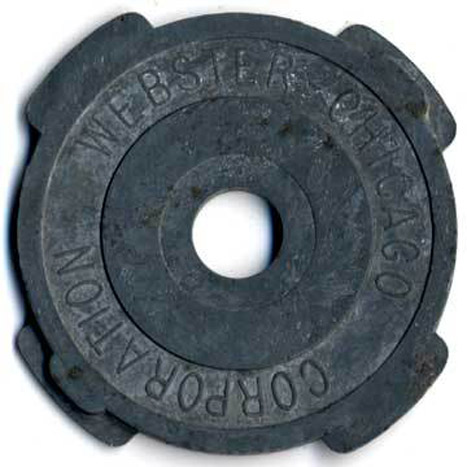 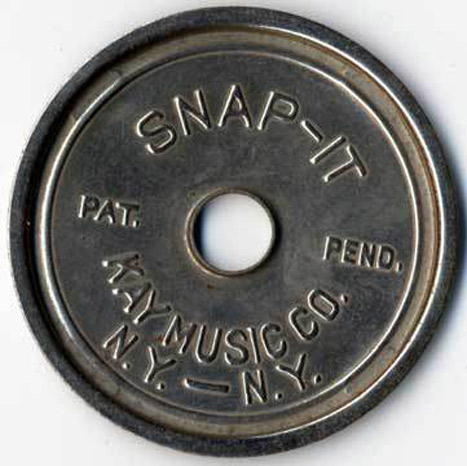 Next up are a couple of sort of unusual plastic ones. The one on the left is marked “KPL 1/2” and “6/3” and because it’s triangular seems sort of similar to the kind that Rudolph Flötgen invented [#2932521, app. 1955; its the one below, middle]); the one on the right with the bicycle spokes (more of a BMX-type mag wheel, really) was made by Morse Manufacturing Co. Inc. : 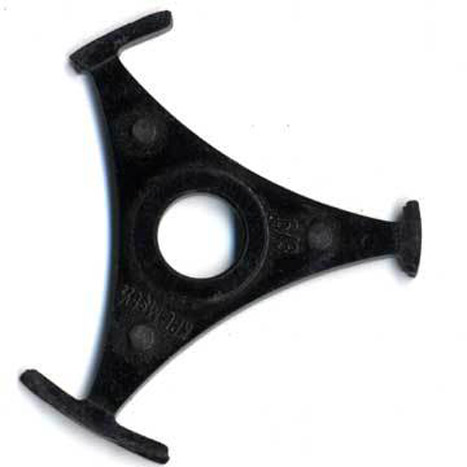 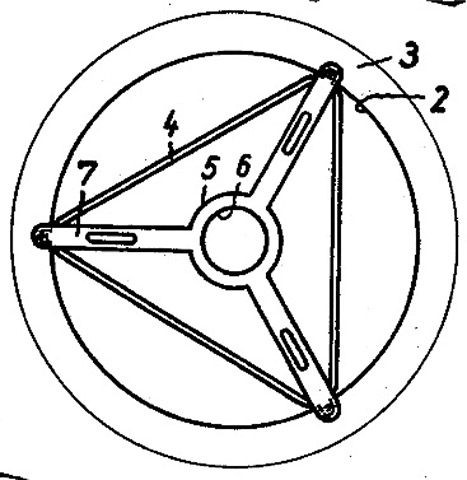 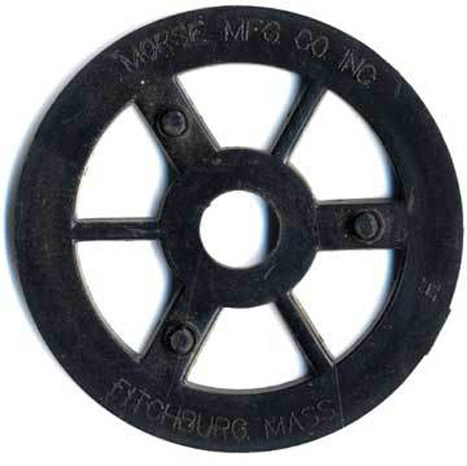 These are nice and all, but the most famous molded plastic adaptors look like this and are often marked “Recoton”: 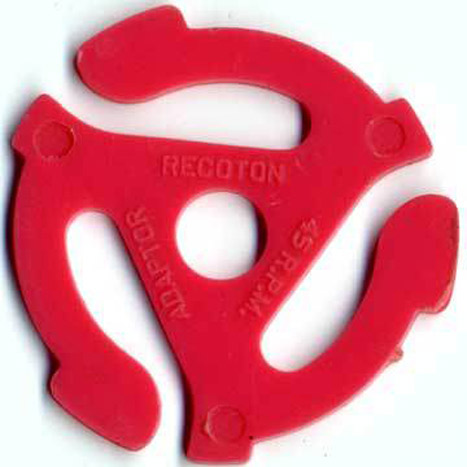 This is the kind you see all over t-shirts nowadays – as if it were the only 45 adaptor ever invented! There’s a pretty good history of the Recoton company here and as business histories go, it’s a fascinating read. Anyhow, it appears that the molded plastic insert was invented by James L. D. Morrison for the Voice of Music corporation of Benton Harbor, Michigan. (Maybe they had some relationship with RCA?) The patent (#2712943) was filed in 1951 and issued in 1955. On the left is the patent image, alongside two later, somewhat similar examples manufactured by others. The grey one is unmarked, the cool red one (looking like a fireball) was made by Philco: 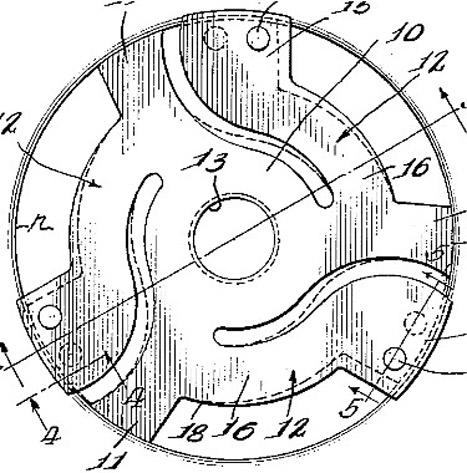 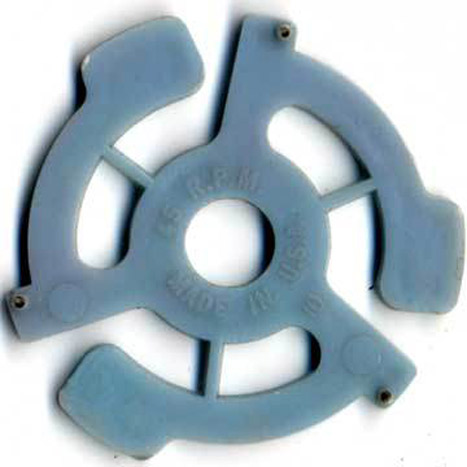 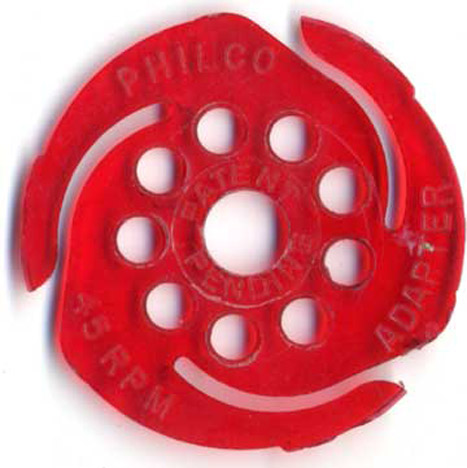 That’s it for now. No, it’s not a comprehensive history, but it is enough information to impress your friends and acquaintances at cocktail parties and what not.

A great many places re-published this article since it first appeared as a blog. Here’s one from the Japanese edition of Wax Poetics magazine. 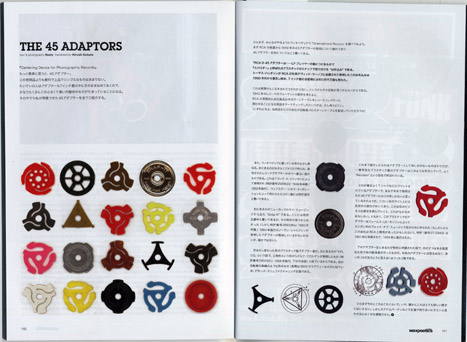