ARC launched our annual exploration of the music of other cultures in 2011 with Muslim World Music Day. The followup in 2012 was Brazilian Music Day. The wealth of material turned ‘Days’ into ‘Weeks’ with 2013’s India Music Week. These online and live events offered videos, histories, seminars, concerts, lectures, sound files, sheet music, broadcasts, narrowcasts, album cover art galleries, essays, blogs, photos and links on a massive websites attracting millions of visitors. We also use this focus to build our collections and create some of the largest online reference tools on the web, freely available to all.  Future Weeks will focus on Scandinavia (or maybe Nordic music?) 2017, Louisiana in 2018 and China in 2019. And then?

Major partners in creating our Music Weeks are The Libraries at Columbia University, the Internet Archive and Atlantic Records.  Gracenote sponsored our first three events. 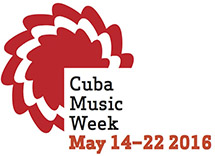 Next up in 2016 – Cuba Music Week set for May 14-22 in conjunction with Cubadiscos, Havana’s annual music conference and festival. In 2016 the focus will be on dance music, so should be fun. See you in Havana?

We’ve posted ways to contribute to Cuba Music Week and a chart of ideas, to help understand all the components making up our Weeks. The blog will keep you up to date until the website is posted a month before the event.

Links to past Music Weeks are below…

India Music Week in 2013 was our biggest event yet, the ‘Day’ expanded to a ‘Week’ and the final website scrolling to over 8 feet in length. The numbers included 3,700 artist links, just as many videos and the database of 24,000 recordings. Once again by the end of the project the ARC became the largest collection of the music we were presenting, the largest collection of Asian Indian music outside the subcontinent. One of the more charming submission came from the University of Hong Kong as students there did a series of Bollywood song and dance numbers. That’s the whole point – great ideas from around the world bouncing off our theme, for fun and learning.

Brazilian Music Day was our second foray exploring the sights and sounds of a well-developed musical culture, older than our own and just as rich. One of the best ideas came out of the blue. Dj Dolores from Brazil was in Londonderry Ireland for a gig and spent the day in a cab with his turntables and tunes, spinning a private Brazilian set for anyone taking a ride. Brilliant. Again, exactly the point – that a pool of many contributors will come up with things that a top-down structure could never imagine. Lots of other good things happened, like a seminar up at Columbia University, Whose Music Is It, Anyway?: The Politics of Property and Archives in Brazil and a rolliking free downloadable compilation from the ABMI collective featuring a Forró version of Swan Lake. The site features dozens of live performances, incredible album cover art and our database of more than 20,000 recordings

Muslim World Music Day celebrated Islamic music and culture around the world. This online site was accessed by more than two million people on the initial date and still gets over 2,000 visitors daily. The project was awarded the prestigious “Innovative Use of Archives Award” by the Archivists Round Table of Metropolitan New York. Where else can you hear religious cowboy songs from Oklahoma, learn that Art Blakey’s Jazz Messengers were all Muslims or view a gallery of mid-century Bellydance records? Not to mention we posted 2,000 videos, created 1,800 links and cataloged 9,614 recordings. We’ve moved the Jazz Messenger’s story and some of the galleries to this site, but for the big picture do visit Muslim World Music Day.